A mum has revealed her battle with postnatal depression – which left her with ‘no love’ for her baby who she left home alone when she went to buy a Mars Bar.

Mum-of-two Jodi Dowse, 29, said she will “never forgive herself” for the way she initially felt about and treated her child.

She suffered so badly from the illness that she felt “no love” for her first son, and was convinced the hospital had handed her the wrong child.

She says that for the first three years of son Taylan’s life she “failed” him, ignoring his crying in the night and generally not paying attention to him.

And when Taylan was just a year and a half old, struggling Jodi left him alone in his cot one night at her flat in Lawrence Weston, Bristol – to feed a chocolate craving.

Jodi, who had Taylan when she was just 21, said: “No one in their right mind would leave a child in a flat alone while they went out to get a bar of chocolate.

“The fact I did without thinking about it showed that I was being totally controlled by this illness.”

She added: “From the minute he was born I felt no love for him. I was convinced that they had handed me the wrong child. I had no bond with him.”

Fitness instructor Jodi said that it was only when she met partner Ben, when Taylan was a year old, that she realised her behaviour was not normal.

“Ben realised that the way I was behaving with my son was not right,” said Jodi.

“It was Ben that was getting up in the night to him when he cried. I just felt like I didn’t care.”

With the support of Ben, Jodi attended a mothers’ group and realised how badly her postnatal depression was affecting her.

She sought help from a doctor and went for regular check-ups – and slowly her relationship with Taylan, now seven, began to improve.

She said: “We have a good relationship now. I adore him and love him like a mother should. Our relationship is better than it’s ever been.”

But Jodi added that her neglect of Taylan during his early years had a “massive” effect on his development – and that she feels guilty for that every day.

“My lack of attention and being unable to create that special bond with Taylan has had a massive effect on him,” said Jodi.

“He did not speak until he was four and when he went to nursery at first was unable to put pen to paper.

“Taylan was two years behind where he should be because of my PND. I live with that guilt every day. As a mother I felt I had failed him.”

And Jodi’s troubles did not end there – in the autumn of 2015, she fell pregnant again. 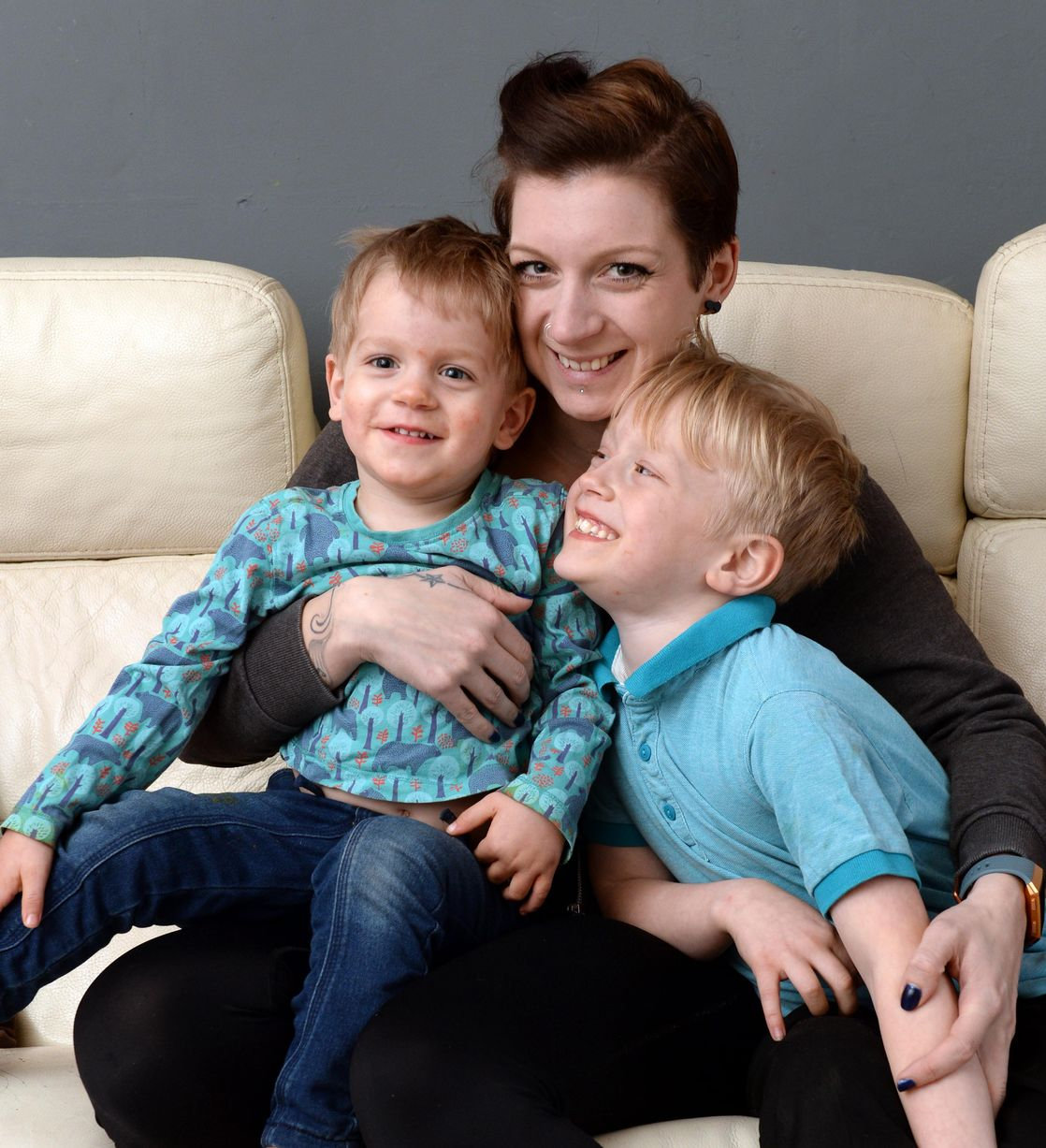 She said that the first six months of her pregnancy were ‘textbook’, adding: “I felt happy and excited and loved by bump.”

But in the latter part of her pregnancy, those feelings drastically changed.

Jodi said: “I woke up one day and felt I had lost control of my mind. I became suddenly obsessed that my body was changing and there was an alien inside it.

“I felt my baby was sucking away part of me that I had worked so hard to regain.”

Jodi began suffering from psychosis and became obsessed with getting her baby son out of her body.

“It took me over. All I could think about was getting the baby out of me. I was desperate,” she said.

“I was shovelling gravel from the back of the house to the front in the hope I would have an accident, I’d have to go to hospital and the baby would have to come out.

“I even stood at the top of the stairs and tried to throw myself down them.”

At eight months pregnant, Jodi sought help from a mental health nurse, who quickly referred her to a consultant.

She said: “I told the consultant that I wanted the baby out and if they didn’t help me I would kill it and me.”

Jodi said: “As soon as Farren was out, I felt like a massive black veil had been lifted from my head.

“All I wanted to do was to touch him and hold him. They handed him straight to me and immediately I knew I loved him so much.”

Jodi now enjoys family life with her two boys and partner Ben and works for Bluebell Care, a charity funded by Sports Relief, which supports mums with Postnatal Depression.

Determined to help raise money for other mums battling PND, she signed up for Mother of All Challenges.

Along with three other mums, Jodi took on a series of gruelling challenges over five days.

The four mums, all of whom had battled PND, swam Loch Ness, hiked up Helvellyn mountain, cycled three passes in the Lake District, caved for a day in South Wales, and ran a marathon in Swanswa.

The challenges have been televised on BBC’s The One Show over the past weeks, and the mums hope to hit a fundraising target of £1million pounds.

So far the challenge has raised £750,000 – and all money raised will fund maternal mental healthcare including projects in Kenya and the UK.

Jodi said: “The dreadful time I had just spurred me on. If I can help one mum realise that she is not alone in what she is feeling and there is help out there, my job will be done.

“I want mums to realise that it’s okay not to be okay and they can get better – they just need to tell someone and get the help they need.”

Jodi added that family life for her is now what she describes as “normal”.

“We do normal, family things, like going to the park. My life is at home with my two boys and Ben, and I want to make the most of every minute.”

Ex-England cricketer in constant pain crowdfunds £15,000 – to have leg amputated

Ex-England cricketer in constant pain crowdfunds £15,000 - to have leg amputated