A great-grandmother has celebrated her 100th birthday – in the SAME house where she was born in 1918.

Sprightly Elsie Allcock has seen two world wars and two royal coronations all from the comfort of her modest two-bedroom terrace home.

Apart from a one-month stay in hospital while having a hysterectomy she has never left the cherished property.

Still sharp as a button, she can recall the changing landscape of the street and a time when ‘you never had to lock your door’.

Her father, Mark Hall, who worked as a coal miner, started renting the house for seven shillings and sixpence in 1902.

The youngest of five children, Elsie was born in an upstairs bedroom on June 28, 1918, just as the First World War drew to a close.

She admits it was a bit of a squeeze at bedtime and often found herself topping and tailing with her older siblings.

When Elsie left school at the age of 14 she stayed at home to help look after the family following the death of her mum, Eliza, who died from pneumonia in 1932.

She went on to purchase her childhood home for £250 in 1960 after arranging a loan with the council following the death of her father in 1949.

Elsie, who is the last surviving sibling, celebrated her 100th birthday with a party on June 23 this year.

She said: “I was born in this house on Barker Street. I was the youngest of five children, four girls and one boy.

“My mother and father came to live in Huthwaite in 1900 when my sister Emma was two years old.

“She was born in Market Street in 1900 but those houses have all gone – all pulled down.

“My father was a coal miner and he worked at Blackwell Colliery. My mother was a hard working woman. She did washing five days a week for us and other people.

“She had no washing machine in those days just a tub to boil clothes in. It was very hard work.

“My sister Mary and I would take the baskets of washing back to the customers all ironed and ready to wear. All for half a Crown – that is two shillings and sixpence.

“When I was eight years old in 1926 the coal miners were on strike and the men were of work for weeks, with no money coming in.

“In those days you had to have coal to get hot water.

“We had to put pennies in the gas meter. Weeks went by. No work. No money. No coal.”

Over the years Elsie, a life-long housewife, has gradually updated her home with the help of her sons, Keith and Raymond, who are now both retired builders.

In 1918, the home was lit with paraffin oil lamps and candles. The family had an outdoor toilet in the 12 x 8 ft back garden which is still used to this day.

Electricity was eventually installed, and in 1952 the family bought a television, which had a 14-inch screen and just one channel. 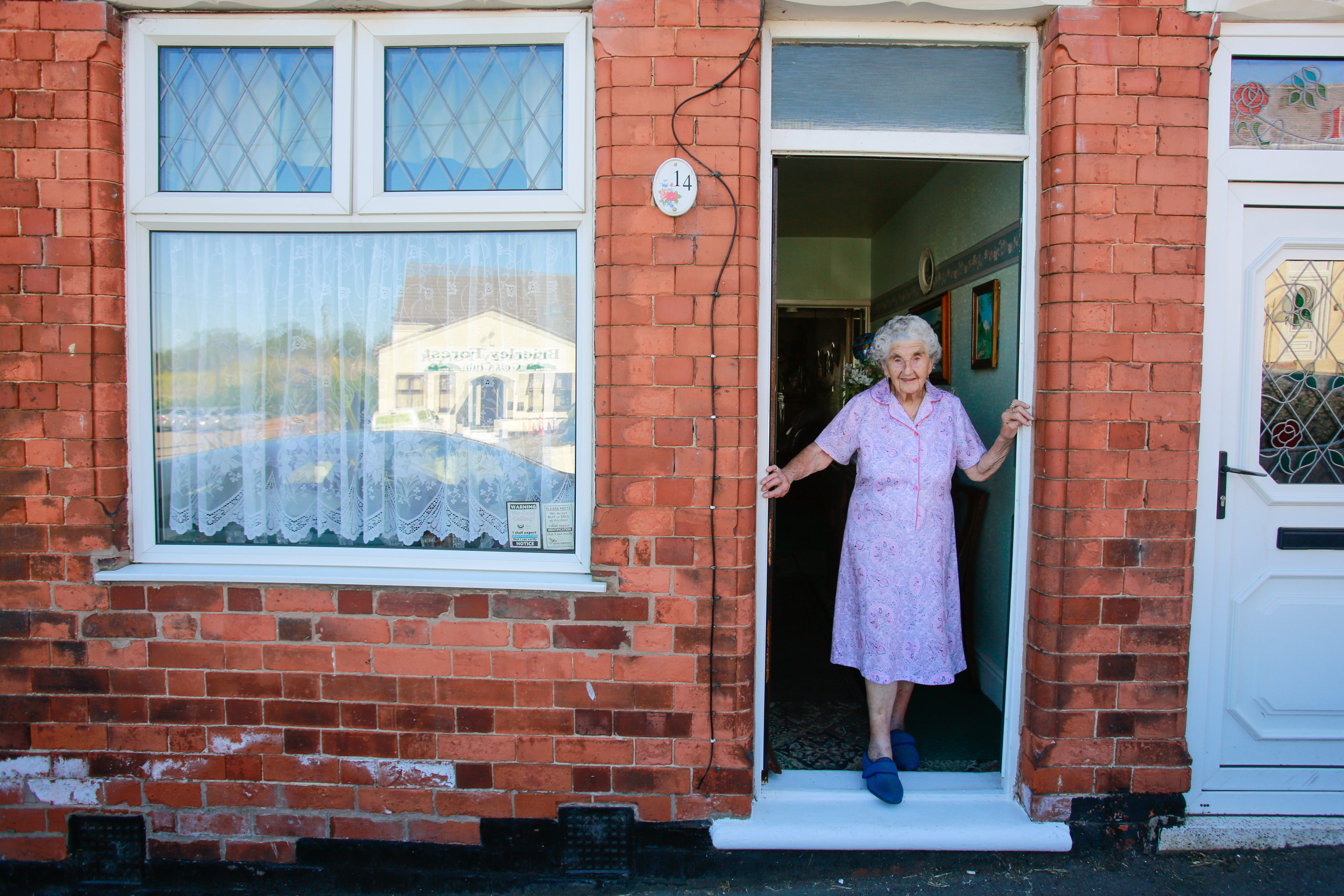 Elsie married in 1941 to Bill Allcock from Hilcote in Derbyshire, who died in 1995 from cancer after 55 years of being happily married.

Elsie, whose hobbies include gardening and knitting, and Bill had two boys, six grandchildren and 36 great-grandchildren.

Her son Raymond, 72, said: “She was born upstairs in the bedroom.

“She had always been happy here. It’s more convenience than anything, why would she want to move?

“We knew everyone on that street at one time but now there are not even half a dozen.”