by Berny Torre
in News
0

Greta Plowman, 99 on a climbing wall for the first time in her life.

This amazing video shows a 99-year-old grandma making her way to the top of a rock-climbing wall after she tried the sport for the first time.

Greta Plowman had gone to the climbing centre to watch her 70-year-old daughter, Judith, ascend the wall but ended up in the harness herself.

Judith said: “She’d heard that I had got into climbing, but had never seen me do it.

“When I mentioned I was going to the centre, she wanted to come and watch.

“After a while watching, she asked if she could have a go!”

Greta’s grandson, Tim Dobson, guided his her up the climb, whilst his mum Judith secured Greta from falling with a rope.

The family decided to go climbing after Christmas in December last year when Greta and Judith went to visit Tim in Manchester.

Tim said: “Even though the rope was there to stop her falling, I was a bit nervous.

“The oldest person I’ve introduced to climbing is my mum.

“Most people would be apprehensive before their first rock climb, but the only person who didn’t seem scared was Greta.

“She got onto the wall and she, slowly but steadily, made her way up the climb.”

He added: “There was one point near the top where she said to me, ‘I don’t think I can go on’ and I said ‘you’re nearly there’.

“To her credit, she pushed through and got right to the top!”

Greta, who has never climbed before, said: “It was marvelous! Really exciting!

“My fingers ached a bit, but I learnt to push more with my feet and that made all the difference.

“It was such a thrilling experience to get the top.

“I’m very thankful to Judith and Tim for supporting me and making this wonderful experience happen.” 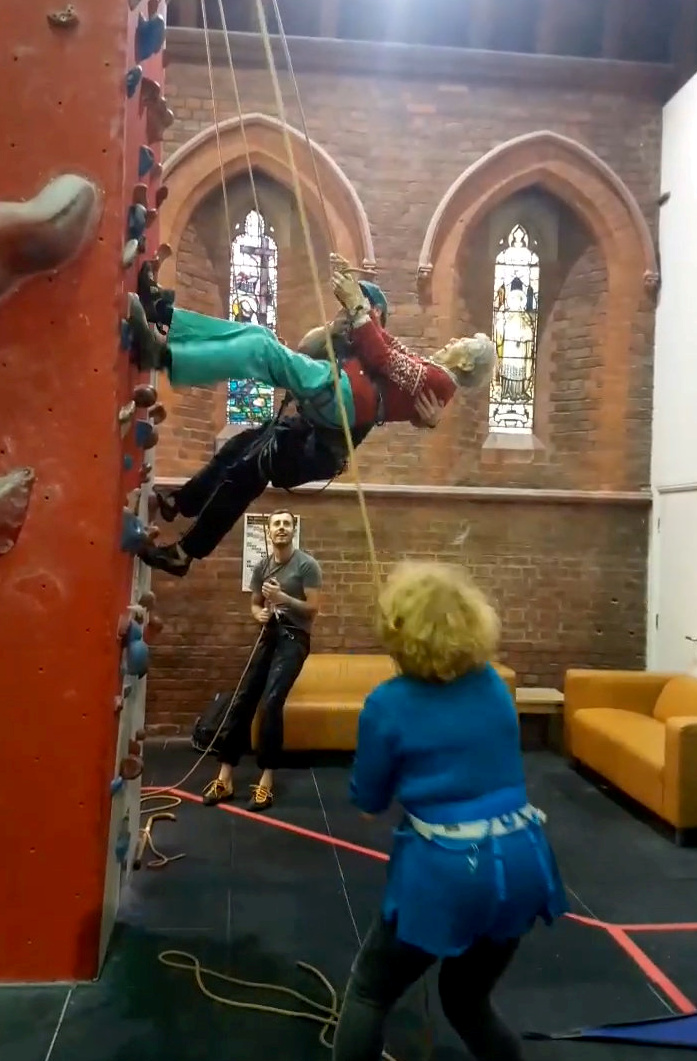 Judith added: “I think she has stronger hands than she thinks, she’s often using handrails to pull herself up and pushing down.

“Anyone who can climb the stairs can climb and Greta proved that today.”

“She was asking me if she did good for someone her age, I said the average person her age was dead, and so she was definitely slightly above average!”

She added: “Watching her, even at 99, be able to share the sport I’ve come to love made this a very special day”. 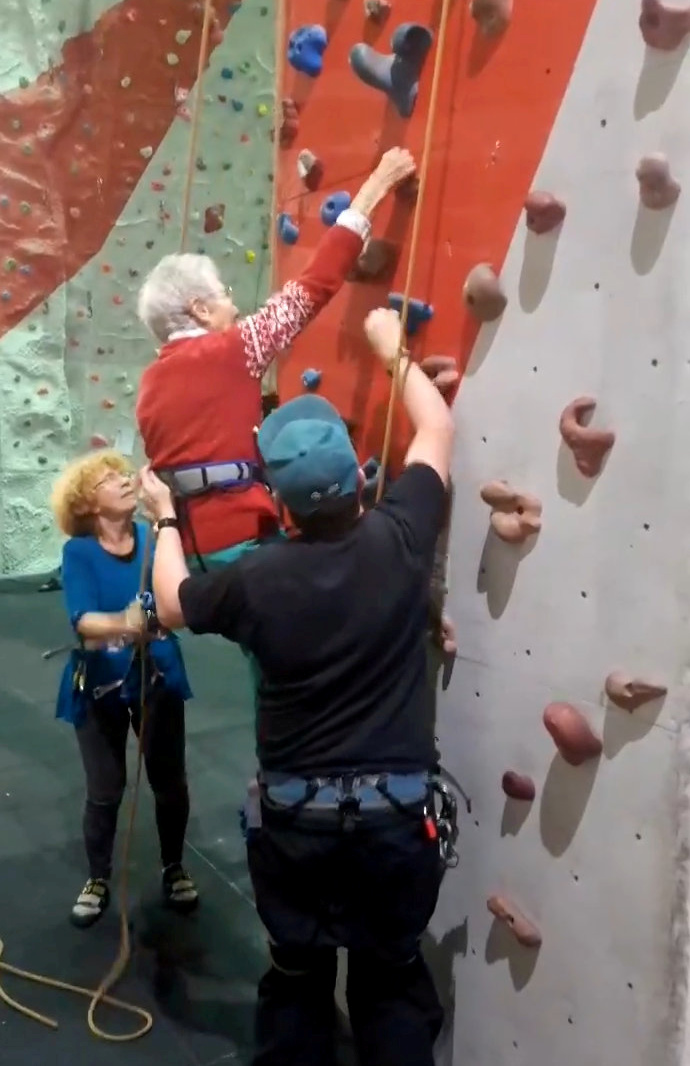 Manchester Climbing Centre owner John Dunne said “I think Greta holds the record for the oldest climber in the centre.

“She proves that it doesn’t matter how old you are, what shape of body you have or how strong you feel you are, climbing is for everyone.’

This isn’t the first time Greta has shown an adventurous side, her and her husband sailed across the English Channel and then to Poland in a handmade dingy in the 1970s.

Greta is now planning to celebrate her 100th birthday in May by going white water rafting or abseiling.