A grandfather’s dreams of spending Christmas in the Big Apple are in tatters after he accidentally branded himself a TERRORIST on a visa form.

John Stevenson, 70, and wife Marion, 71, planned to fly to America on December 3, and splashed out £2,000 on flights and accommodation.

But taxi driver John mistakenly clicked the wrong box on the ‘Esta’ visa form – and now the couple fear they may have to cancel the trip.

In a bid to rectify the situation, John called U.S officials to convince them he was not a criminal – and the only time he has been in court was on jury service.

John said: “I even called border control in the US and gave them my passport details – they looked up my Esta number and said ‘you’re a terrorist’.

“I told them that I was 70 years old and I don’t even recognise what that means. It the biggest nightmare I’ve ever had.

“My phone could be getting tapped – I don’t know.”

Marion, 71, added: “We were meant to be going away on December 3. It’s terrible, it’s shocking and so stupid.

“I don’t know why that question is on the form in the first place.”

In order to rectify the situation, the couple, from Greenock, Inverclyde, would have to email the embassy in London to arrange an appointment, costing $100, before John would be quizzed by officials.

They booked the holiday through United Airlines, which told them there was a possibility of a refund for accommodation and transfers – but not the cost of the flights.

John added: “My wife and I have been to New York and America before but we always wanted to see the lights.

“You see it in all the films and we thought this is maybe the last time we will be able to go as we not getting any younger. 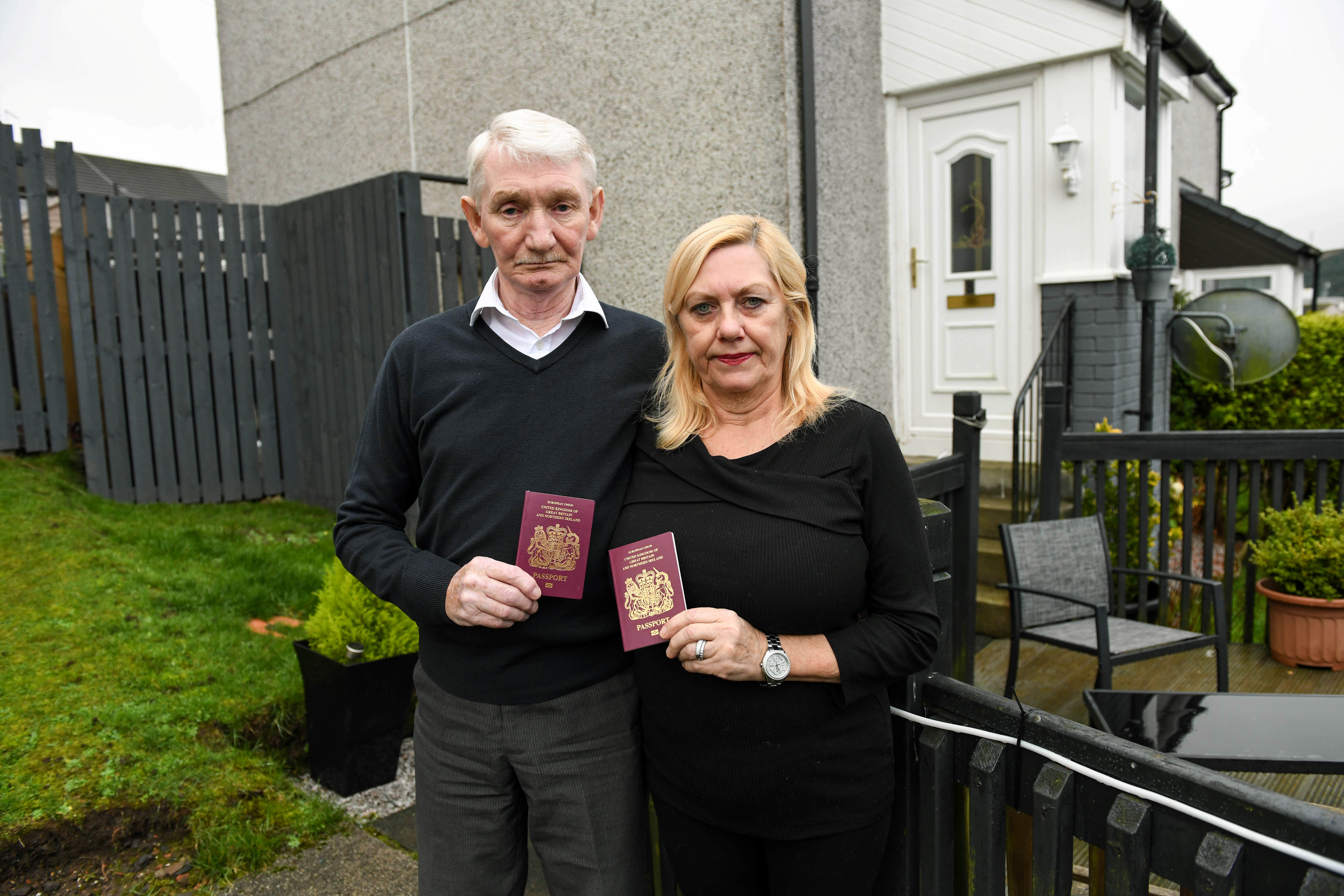 “We were filling out the visa form and it kept timing out before we could tick all the boxes, then it crashed and when it came back up, you start where you finish off.

“My wife’s form came back and it was fine but I was told the visa had been refused because I was a terrorist.

“One of the questions ask if you are a terrorist and it must have jumped from No to Yes without me knowing.

“I’m devastated. I’ve never been in trouble in my life. The only time I’ve been in court was for jury service and now I’ve been treated like a criminal.”

He added: “Marion is sick about it.

“We can’t even reschedule because I don’t know if I’ll ever get back into America.”