Granddad who hid his illiteracy his entire life is finally learning to read – at 72!

by Ailbhe MacMahon
in News
0

Grandfather-of-four Lonnie Breitung, 72, with Mavis Kjarland 79, who has been helping him to read after read a lifetime of illiteracy.

A grandfather-of-four who hid his illiteracy his entire life finally learned to read – at the ripe old age of 72.

Lonnie Breitung struggled to understand bills, asked friends to help him fill out forms and was unable to recite the alphabet.

He failed his driving test as a teen because he couldn’t read the theory questions, and only passed aged 62 after a policeman read the exam aloud.

But he decided to learn how to read last November and has now finished his first ever novel, the 1932 children’s classic ‘Little House in the Big Woods’ by Laura Ingalls Wilder.

The dad-of-two, of Pepin, Wisconsin, is now a dedicated book worm and likes to curl up with a novel most evenings.

Lonnie said: “Unless the football’s on and I gotta watch, I like to read in the evenings. It gets my mind motivated.

“My grandkids are getting too old for bedtime stories, but maybe I’ll read to my great grandchildren one day.

“I’m an old horse so you have to work me slower.

“However, I’ll keep going with the classes ‘till Mavis gets sick of me!

Lonnie struggled in school and left at 16 to work on a local farm.

He married aged 21 in 1967 and went on to have two children, Jason Breitung, 43, and Stacie Breitung, 46, before later getting divorced.

For years, his now ex-wife would handle bills and he held down jobs where reading wasn’t a priority, starting as a farmhand and later getting a job as a welder at a factory.

He said: “You’d be surprised by the number of people that shun you for not being able to read.

“I could have got a better job if I could read.

“Some words I could read, because some your mind remembers. It was just the big words that got me.

“When I started class I had third or fourth grade reading ability.

“All I needed was a little push.

After Lonnie retired as a machinist in 2011, friends and neighbors suggested he finally learn to read and improve his basic writing skills.

He plucked up the courage to take classes with Mavis Kjarland, 79, via the Buffalo Pepin County Literacy Council.

Lonnie mastered the alphabet by lesson four and now focuses on spelling and reading during the classes, which are always followed by eggs, pancakes and a chat.

Mavis, who has taught English for 25 years, said “kids like him got pushed through the cracks” because there was no system to help them.

She added: “He didn’t know the full alphabet when we started.

“He didn’t have much self-confidence before, but now he’s volunteering in the community and getting out around people.

“He’s excited about learning, especially when he gets better.

“The biggest problem is the sounding out, because he didn’t know the phonics of certain words.

“Now, though, he has really got a lot more self-confidence. 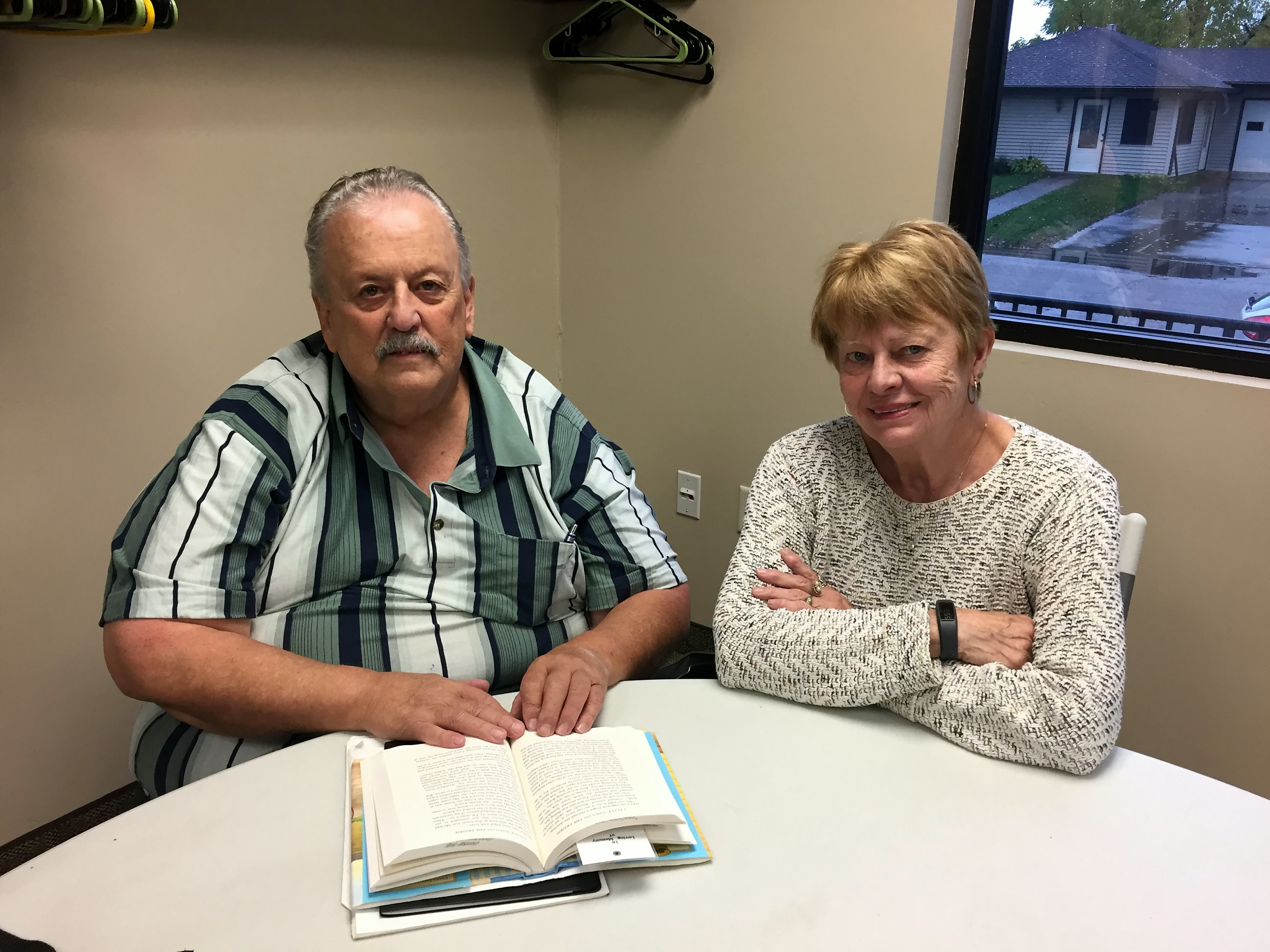 In May 2018, Lonnie was awarded ‘Learner of the Year’ from the local literacy council acknowledging how far he has come.

His next goal is to get to a junior high or highschool level of reading.

Lonnie added: “Before, I felt ashamed because I wasn’t able to read.

“Now that I can read, I’m more confident, though I don’t want to brag.

“It’s not like I’m running around telling everyone, but I’m a little bit proud of myself.”