Denise Gallagher from Wigan, Gtr Mancs., with her grand children Blake and Ethan.

A grandmother-of-two has finally learned to read and write 50 YEARS after first starting school so she can tell bedtime stories to her grandsons.

As a child she was subjected to bullying from both peers and teachers who called her “stupid” for not being able to read.

She would deliberately choose the easiest books to avoid humiliation and misbehave to be thrown out of class to avoid the humiliation of reading out loud.

Catering assistant Denise spent years unable to go shopping or read her own mail and has never driven on the motorway as a result of her illiteracy.

She even refused to eat out at restaurants for fear that it would be discovered as she could not read a menu.

However, it was her grandchildren Ethan, six, Blake, nine, who motivated her to battle her demons and get to grips with reading and writing at the age of 57.

She said: “They’ve always understood that nana cannot read but I just got fed-up of saying ‘ask grandad’.

“I’ve always felt so guilty I didn’t have the courage and determination to learn and read to my own kids.

“I was always so embarrassed about it but my children are proud of me anyway and they don’t blame me.

“Now the grandchildren are getting fed-up with me reading to them all the time.”

Denise, who had a reading age of between five and six up until a year ago is now reading at the standard of an eight-year-old and above after being put forward for ITV show This Time Next Year by a work colleague.

Working with teachers on the show hosted by Davina McCall, she reached her goal of reading at a basic, proficient standard within 12 months.

The Wizard of Oz and The Railway Children are among the classics she now delights her grandchildren with at bed-time.

She said: “There was nothing for dyslexic people when I was at school – people just thought you were thick.

“I have struggled all my life with basic things and as an adult you are just expected to read.

“It’s just basic things like going shopping – you can’t do them if you can’t read.

“And nowadays it’s much worse because everything is email or online – you can’t speak to people for help.

“You can’t do the things which everyone else takes for granted such as send an email or have a Facebook account – it’s so lonely and isolating.

“Wherever you go – the dentist for example – you have to sign a form so I would rely on my mum or husband or daughter.

“It’s been like that all my life but I just got on with it.”

After leaving school Denise from Wigan, Grtr Mancs., worked mainly as a cleaner to avoid having her illiteracy exposed.

However, in her twenties she started work as a sewing machinist through Remploy – a disability specialist which trains people for sustainable employment.

It was here she met her husband Michael, 64, and they have just celebrated their 30th wedding anniversary.

Michael, who is deaf, learned from a young age to speak clearly and lip read – which is how the couple can communicate so efficiently.

She said: “Part of the reason I wanted to learn to read is to sign.

“Me and Michael can communicate but I have never been out with any of his friends – I can’t understand as they communicate by sign language.

“You have to be able to read and spell to do that. 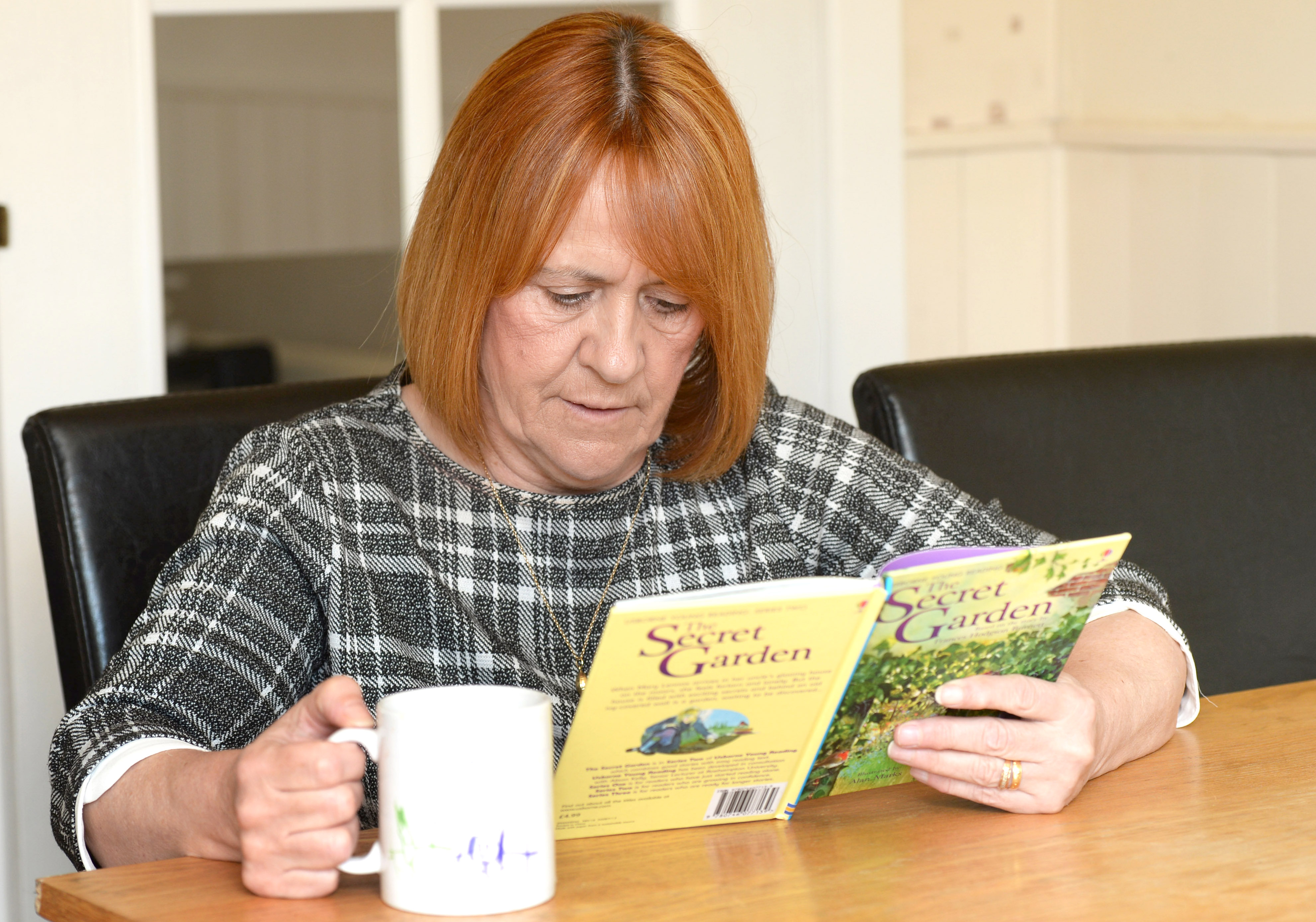 “It took a while for me to tell him that I couldn’t read but I felt so comfortable with Michael though – he’s such a lovely guy.

“But now I can read we can go out and do things together – even if it’s just the shopping – so it’s brought us closer.

“I feel amazing now – like a different woman. It’s taken me 50 years to do it but it was worth it.”

Though Denise admits it was daunting having her secret exposed to the British public on television she says the show’s host managed to soothe her fears.

She said: “She is a lovely woman – all my nerves just went and I got excited and just couldn’t get enough of it.

“But I’m not bothered about doing a load of exams – I’m just looking forward to driving on the motorway for the first time now I can read the signs.”