This is the moment a Good Samaritan leaped into action to save a homeless person's TENT where he lives - after it was set on FIRE.

This is the moment a Good Samaritan leaped into action to save a homeless person’s TENT where he lives – after it was set on FIRE.

The brave stranger can be seen calmly carrying the occupant’s sleeping bag away from the burning tent, which was fortunately unoccupied at the time.

The tent is one of several to have appeared recently in inner-city Riverside Park in Easton, Bristol, beside the M32 motorway.

And the man, who asked to be known only as Steve, said he was concerned that there may be someone inside the tent, after hearing deodorant cans popping inside from the flames.

Despite not wearing any protective clothing, Steve stayed calm as he stepped in when the flames began to engulf the tent. 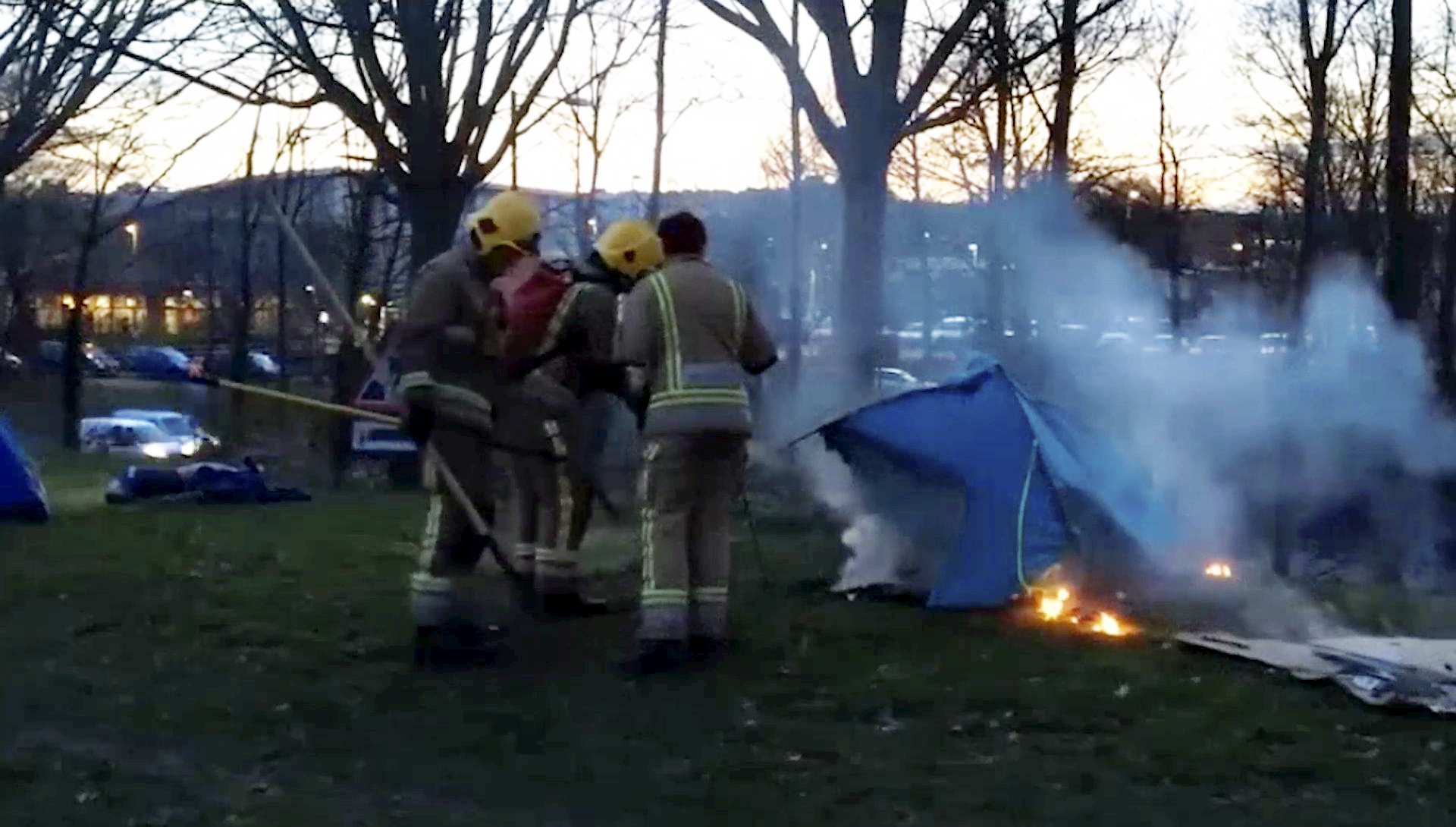 He said: “I saw the flames as I was walking home. I was worried there might be someone in there.

“They were here this morning. This is where they live. I managed to get a sleeping bag out and a book, but it was full of needles inside the tent.”

Firefighters from nearby Temple Fire Station attended and managed to extinguish the fire, which is believed to have been a suspected arson attack, within a few minutes. 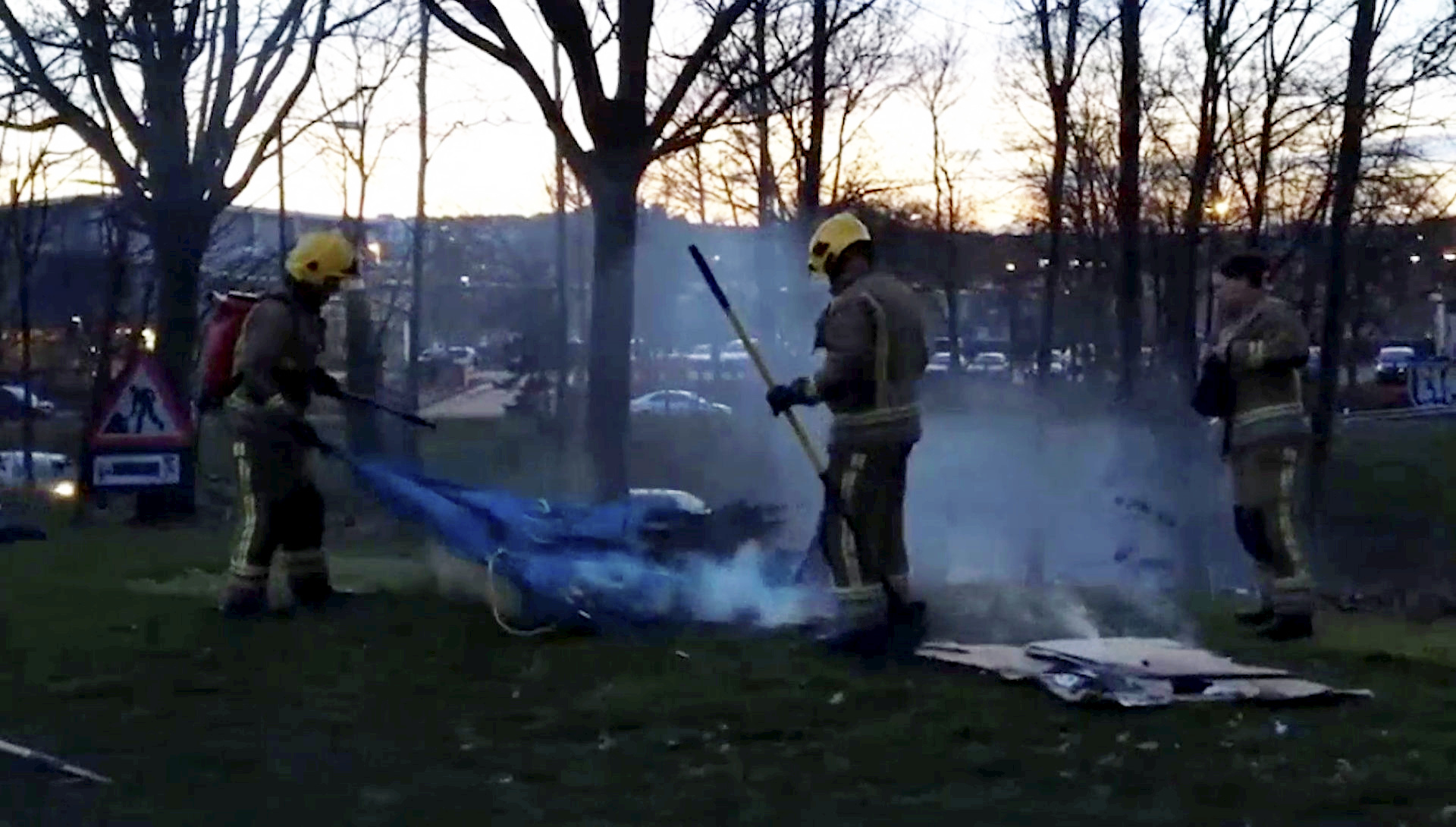 And by that time a crowd of commuters, cyclists and other members of the public had gathered to watch on as the incident unfolded.

One said: “These people have so little, why would someone burn what they do have?”

Another commented: “I heard the pops and thought they might still be here, living inside.”

Thankfully, all the tents in the park were unoccupied as the burning tent succumbed to the flames.

And Steve left a short note on a piece of cardboard to explain what had happened, in case the owner returns in the near future.

It read: “Someone burnt your tent down. Sorry I can’t stay to explain what happened and you have to find it like this.”