Collect picture of David after the attack.

A have-a-go hero homeowner single-handedly fought off a gang of five robbers using his martial arts skills after they burst into his home wielding MACHETES.

David Pugh, 55, had been asleep when the thugs stormed his home demanding cash before they started attacking his teenage son and 20-week-old puppy.

He leapt into action and bravely fought off the masked men with his bare hands despite them being armed with machetes as well as baseball bats and golf clubs.

Incredibly, he managed to send the gang packing empty-handed from his detached home in leafy Catherine-de-Barnes, Solihull, West Mids., after a ten minute struggle.

But graphic photographs show the extent of David’s injuries after he suffered a broken nose and facial injuries courageously defending his home.

He awoke to find the balaclava-clad men standing at the top of the stairs after they smashed into the £400,000 property on Tuesday morning (13/2) at around 3am.

David, who is trained in Israeli self-defence combat Krav Maga, said “instinct took over” when he found them attacking his 17-year-old son and Rottweiler puppy Zeus.

The sales manager said he then helped rescue his son while also fighting off other attackers and fended them off by throwing bottles of after-shave and chairs.

The dad-of-two said: “There was a loud bang at 3am when they smashed the patio doors to get in but I thought Zeus had knocked something over.

“By the time I got out of bed, totally naked, I was approaching the door and it was kicked in.

“It went with a right smash and there was four or five guys on the landing in balaclavas.

“The men kept shouting “where’s the money, give us your money’

“I grabbed the first couple I could, it turned into a brawl and a battle. I just grabbed what I could and hit them with aftershave bottles and chairs.

“I was getting hit repeatedly on the head – they had machetes, a baseball bat and a golf club. 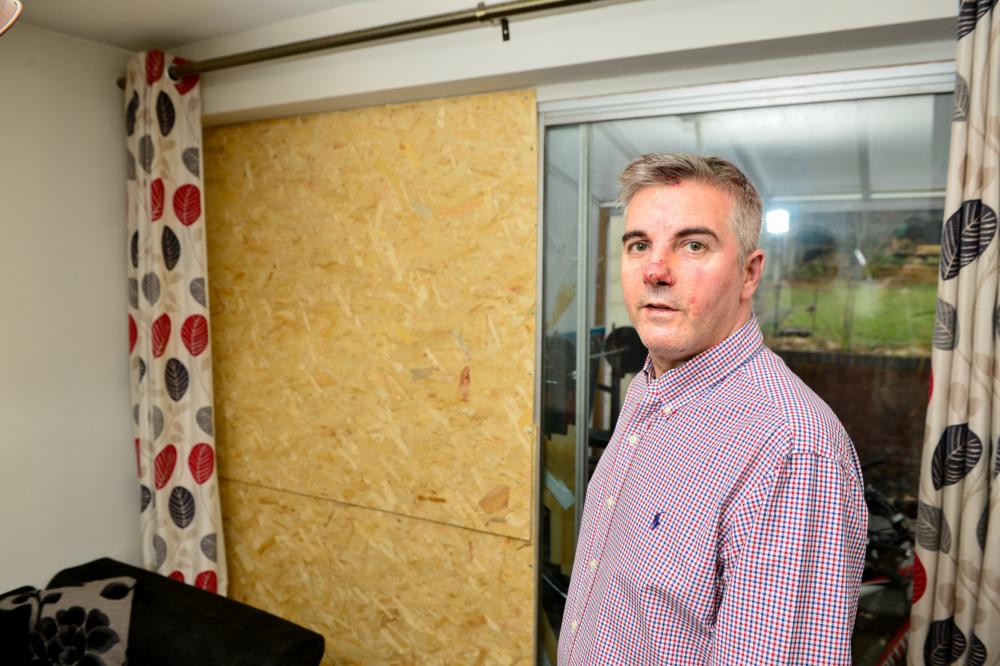 “I was desperately trying to get to my son’s room. but I had so many splits to my head, I was drenched in blood.

“We could only assume they saw that, realised we hadn’t got any money and thought, ‘we have gone too far’, and got out of here.

“They must have thought they half-killed me. In retrospect we were probably quite lucky.

“We have a puppy and he got a blow to the head, he ended up running into the garden, he fell into the canal- he was hypothermic.

“A guy called Andy, a canoeist, found him and took him to Birmingham Dogs Home and warmed him up.

“We got out of hospital and took him to the vets and stitched him up.

“He’s traumatised, my lad it traumatised, the police said it was one of the most brutal attacks in a home they had ever seen.

“They didn’t leave with anything which is the only silver lining. 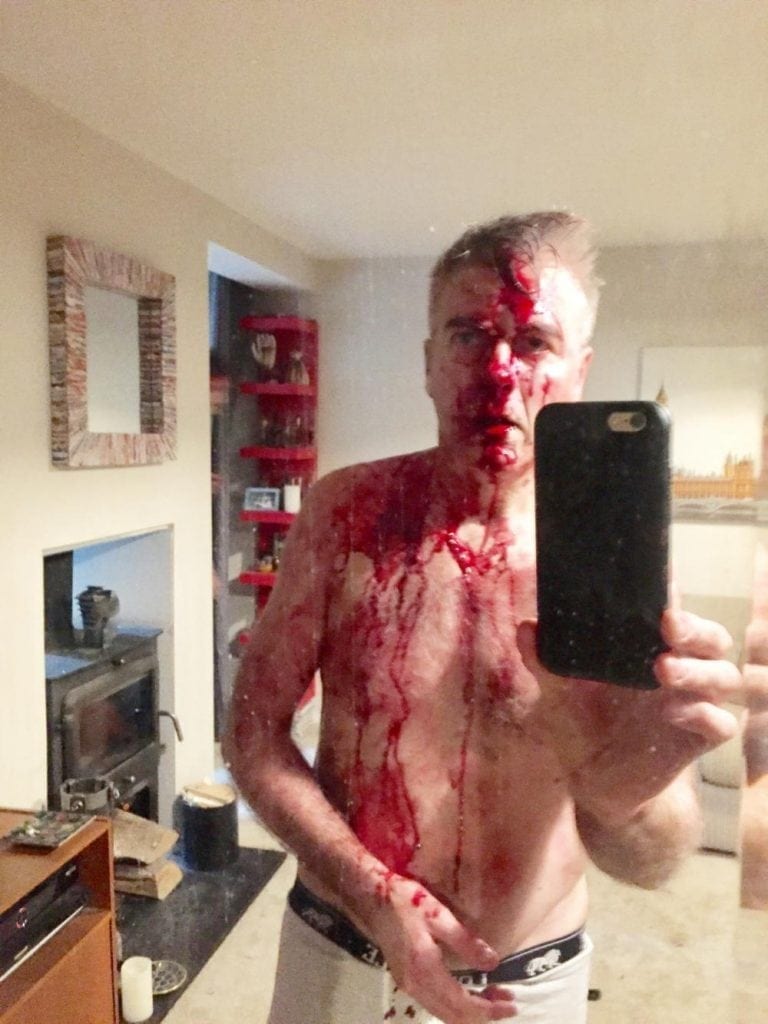 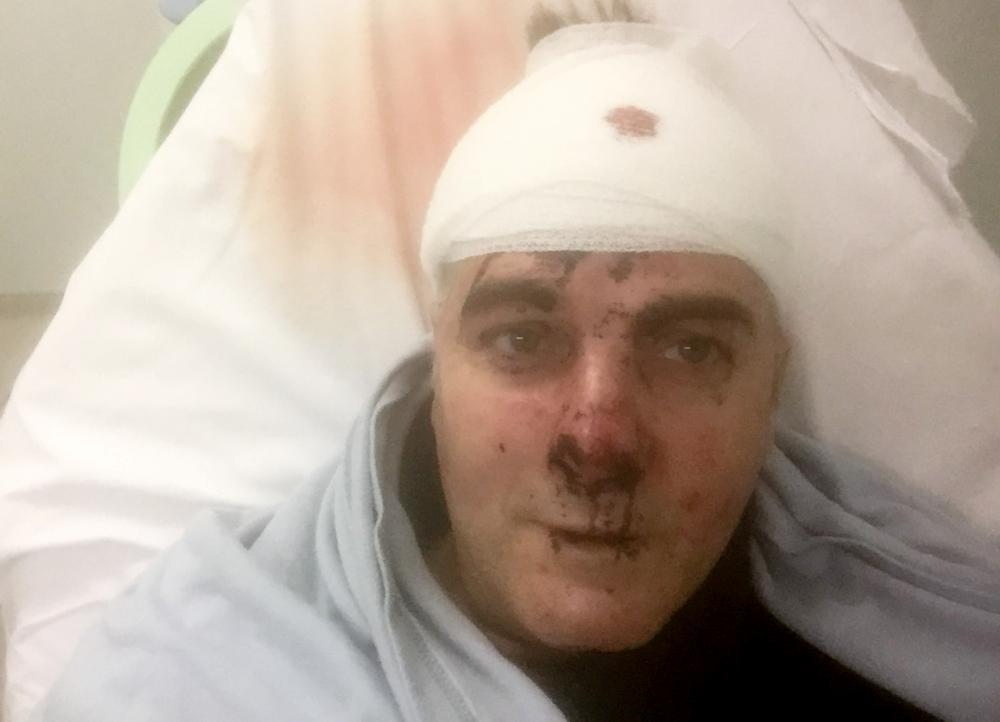 “They kicked every door in, all the frames are gone, every cupboard they have gone through, and rummaged through everything they could quickly.

“We are like most people, we have a telly and most bits and bobs and what’s in your wallet – but that was about it.

“I took quite a few blows to the head and my son got a cut to his head as well, he tried to fight them off.

“He got hit by the bat about three times and he can hardly walk, his knee is all swollen up and we thought his arm was broken but it is badly bruised.

“The aftermath from it is horrendous.

“I don’t think I’ll have a sleep-filled night for a long time, I’ll be on tenterhooks all the time. 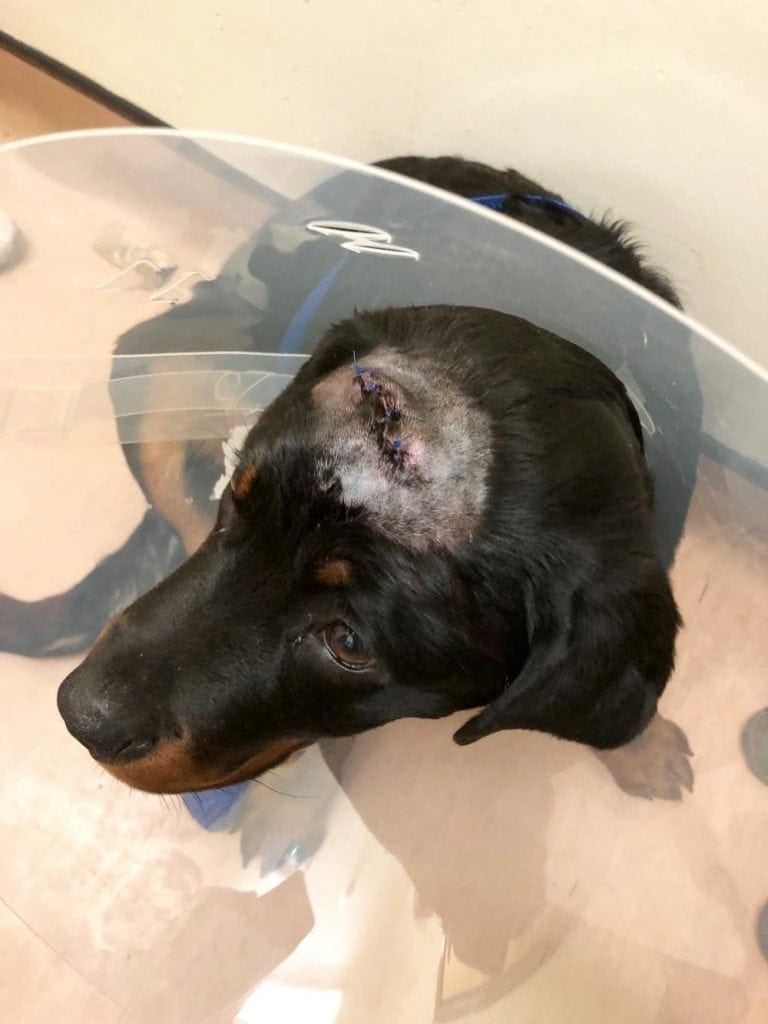 “You don’t expect something like this in your home.”

A spokesperson for West Midlands Police said: “Police were alerted at 3.09am this to a break-in at an address in Lugtrout Lane, Catherine de Barnes, after a group of men had forced their way into the property and attacked the occupants.

“Officers arrived eight minutes after the 999 call. House to house enquiries have been carried out, CCTV is being examined and items recovered for forensic analysis.

“Investigations continue and anyone with information is asked to call West Midlands Police on 101 quoting log number 204 13/2.”