A massive pothole has been branded London’s worst – after it was spotted with a bin poking out of it.

The monster hole has been given an impromptu mending by a member of the public, who wedged the blue waste bin into the middle of the road in a desperate bid to warn motorists.

It was seen outside Deptford Green Secondary School in New Cross, south east London, several days ago, but has still not been fixed.

The council appear to be aware of the three-foot-deep hole because it has been surrounded now by bollards.

One fuming local resident said: “The hole is about a foot-and-a-half wide and looks like it’s a couple of feet deep.

“It’s got temporary barriers around it now but the bin is still there.

“It looks like they’re going to fix it, but they still haven’t.”

Catherine Jones, who spotted the bizarre bodge job on Friday, said: “It’s been there a while, but I couldn’t say how long exactly.

“There’s been previous work done on the lights crossing recently because of another hole, but I noticed this because the bin was obviously in the road.

“The roads are constantly having work done – I’ve never seen any this big before, but they’ve definitely been big enough to think ‘wow’.” 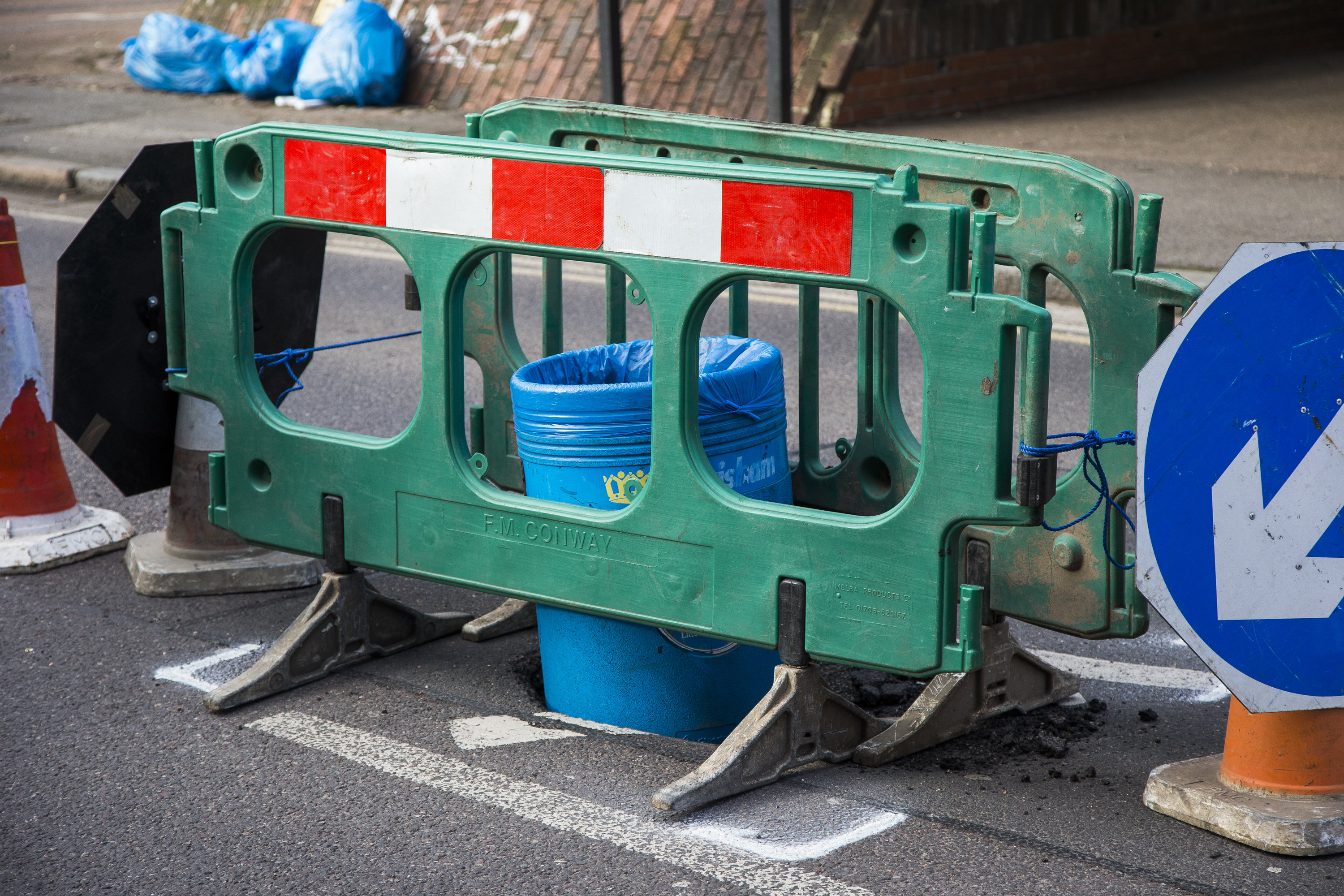 According to figures from the Department for Transport, Lewisham has some of the worst roads in the country.

Six per cent of the borough’s 24 miles of council-run A roads are in need of maintenance, with five per cent of B and C roads likely to need repairs.

Road conditions are better than they were five years ago, when seven per cent of A roads were likely in need of repairs.

Every pothole costs around £60 to fix, but in January, The Local Government Association said that motorways and major trunk roads in England are receiving 52 times more government funding per mile than local roads maintained by councils.

It called on the Government to reduce the disparity so councils can tackle the £12 billion repair bill to bring local roads up to scratch, including fixing more potholes.

“They want to do more but are trapped in an endless cycle of patching up our deteriorating network.”