A green-fingered granddad has been ordered to stop cutting back trees and weeds at his local park – or he could be arrested.

Do-gooder Alan Baines, 62, has spent the last 18 months picking up litter, trimming hedges and planting flowers at the once dilapidated park.

Earlier this month he received an “aggressive” letter from Wigan Council ordering him to put his tools back in the shed or else they’d report him to police for criminal damage.

Defiant Alan has refused the demand, saying that if he does then the park will become overgrown again and all his hard work will go to waste.

Hundreds of local residents have leapt to Alan’s side following the “outrageous” letter from Wigan Council.

They have embraced his project by showing up in force for ‘working parties’ at Rayner Park in Hindley, Greater Manchester, when a team of up to 30 people work together.

The focus of the council’s concern is Alan’s cutting of Japanese knotweed, a fast-growing plant that can crack tarmac, block drains, undermine foundations and invade homes.

Officials say the plant must be disposed of by professionals with “proper safety measures in place”, as opposed to a hobbyist like Alan.

The grandfather of five has agreed to stop interfering with the knotweed for the time being but has asked the council to provide him with training so that he can in the future.

Alan, who works full time as an NHS caretaker, said: “I was disgusted by the tone of the letter, it’s so aggressive and uncalled for. They said I could be arrested.

“All I’m doing is transforming a park from somewhere that was old, decrepit and overgrown to a place families and children play.

“The area hasn’t been used like this for 30 years.

“I don’t intend on stopping what I’m doing, if I do then the park will revert to what it was like before and all our hard work will go to waste. It would be a tragedy.

“I have agreed to stop touching the Japanese knotweed but I want them to take away what I’ve already cut and also give me training in how to deal with it properly.

“In the meantime we won’t be slowing down, we’ve got a working party organised for next weekend.

“All the locals are on my side over this.”

He added: “I replied to the council’s letter with an email to let them know I wouldn’t be stopping.

“I actually want them to start helping me out by taking away some of the things I clear.

“The work I’ve done at the park would have cost the council tens of thousands of pounds.”

Over the past six months Alan has spent two hours a day, seven days a week at the 2.5 acre Rayner Park.

The letter, dated October 10, was signed by Brendan Whitworth, the council’s assistant director of legal services.

As well as threatening police action it also indicates the council will seek an injunction banning him from the park if he keeps tending it.

A Wigan Council spokesperson said: “We have been made aware of unauthorised habitat works taking place within Rayner Park without our knowledge or consent.

“The works include the cutting back of trees and vegetation including Japanese knotweed.

“Not only is it a criminal offence to interfere with Japanese knotweed in this way, but these particular plants can damage the environment and should be disposed of by a registered waste carrier. 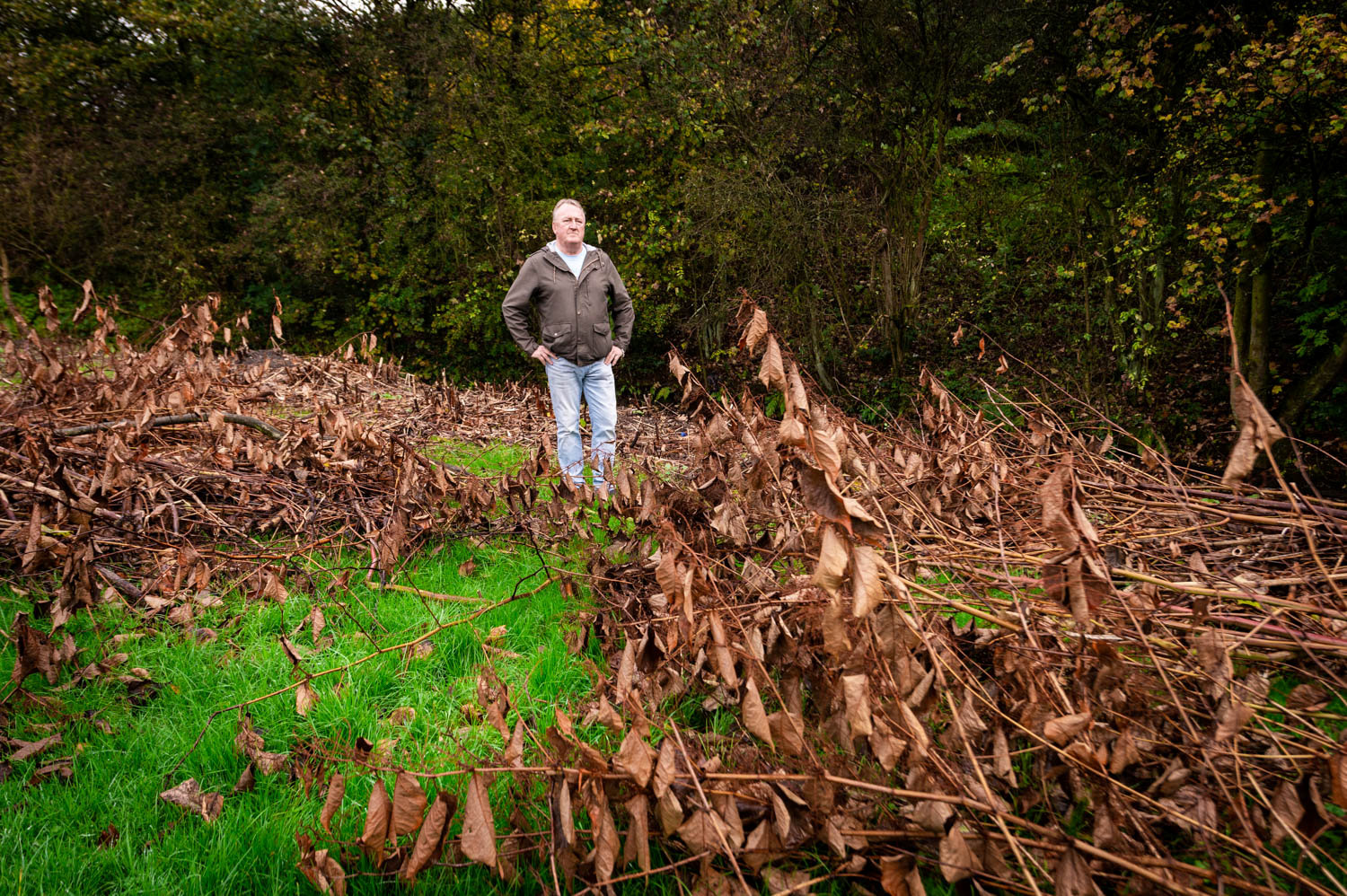 “In addition, all works to our open spaces should be carried out with the proper safety measures in place.

“For the safety of the local community and to ensure no further environmental issues arise, we have instructed for any interference with these plants and all other works carried out to stop.”

Rayner Park is named after the former landowner, a Victorian coal mine owner called John Edward Rayner, who died in 1918.

In 1924 his widow gifted the land to Hindley Urban District Council, which turned the area into what is today known as Rayner Park.

Couple living the dream after spending £20,000 to create their perfect motor home - out of an old bread lorry