Video grab from the CCTV footage of the attack involving a noxious subtance by nine men on the morning of May 5 2019.

A gang of cowardly thugs launched a homophobic attack and doused victims in acid.

Nine bearded brutes launched a ‘ferocious attack’ on innocent members of the public, which left one victim with a fractured eye socket and corrosive burns to his eyes.

The gang, who claimed they ‘run Hackney,’ were all sentenced at Wood Green Crown Court yesterday (Thurs) with seven put behind bars.

The gang were sat in their cars on a crescent in the north east London borough when group member Onur Ardic began arguing with a passer by. 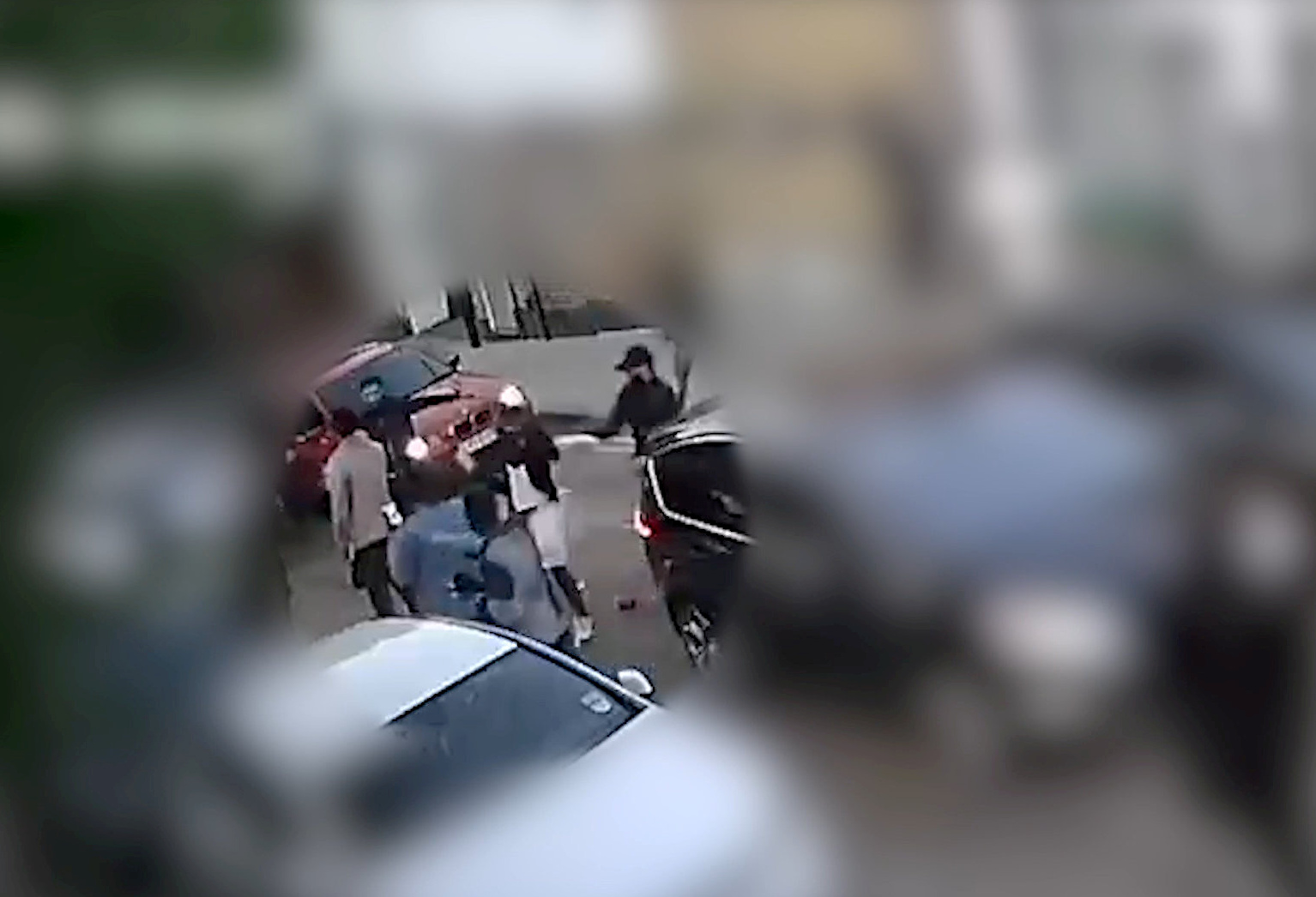 Their victim tried to speak to Ardic, 27, but was quickly surrounded by the group before he was punched by Mustafa Kiziltan, 30.

A group of people who had left a nearby club tried to intervene and stop the attack while one of their friends filmed the attack.

The gang then turned on the man filming the assault and kicked him to the ground in a bid to steal his phone before a large brawl erupted between the two groups.

Gang member Huseyin Onel, 24, then returned to one of the cars and returned with a white bottle he used to spray acid in the victims’ faces.

Some of the victim’s group began to run away but Onel calmly targeted them, spraying liquid at their faces as they tried to flee. 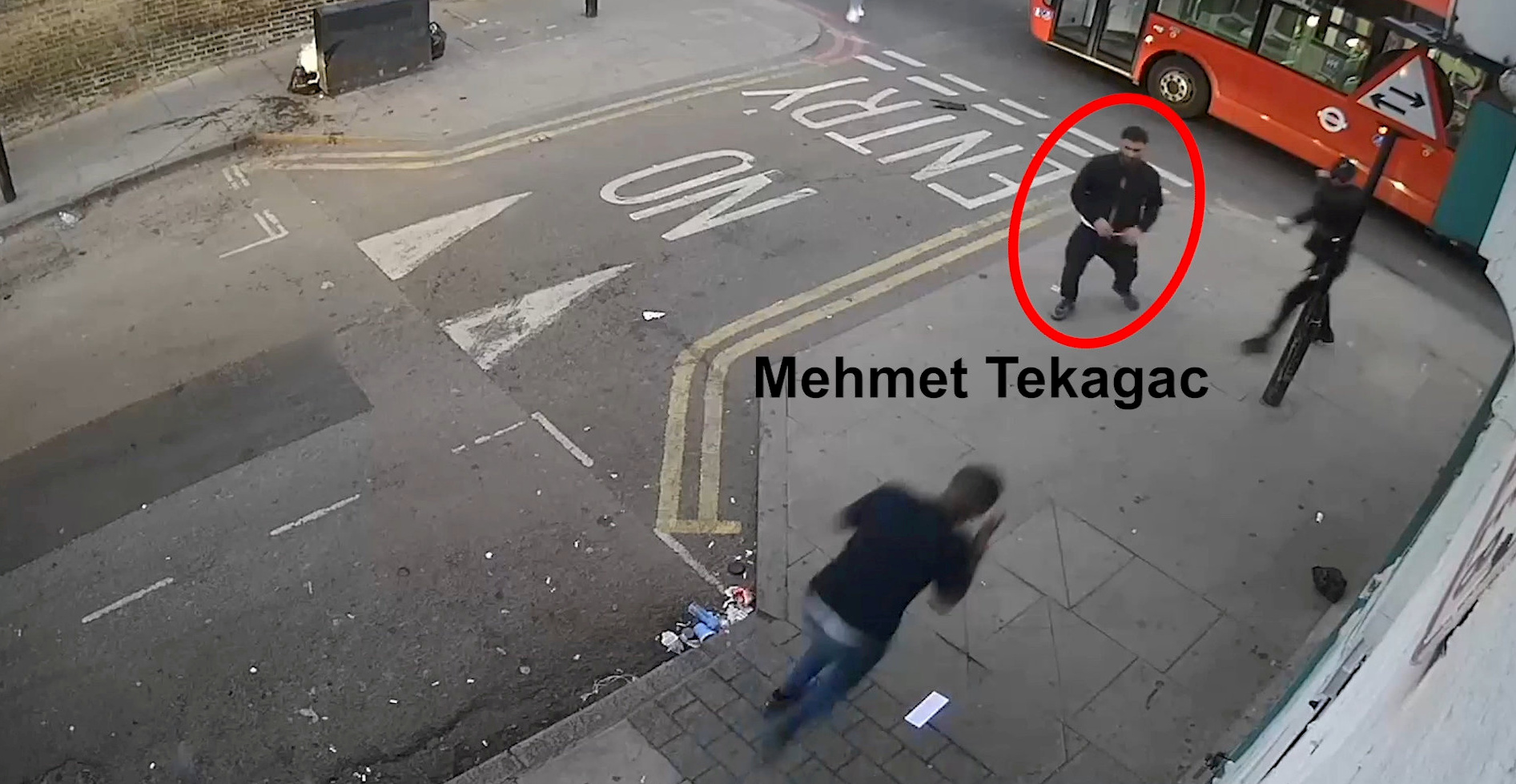 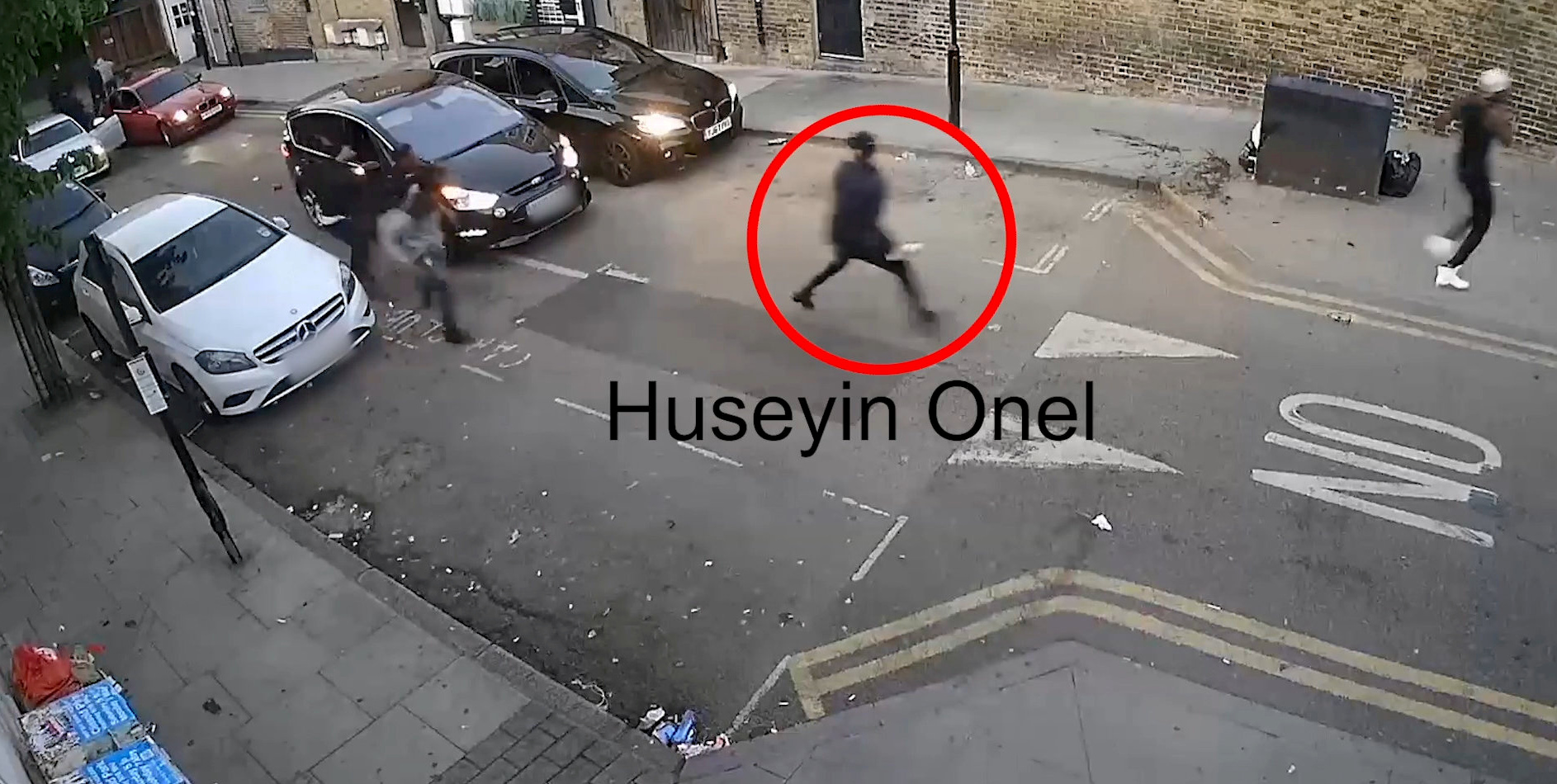 DC David Leitner, of the Central East Command Unit, led the investigation that saw all nine gang members identified, arrested and charged over a four-month period.

He said:”Seven violent and dangerous men have been removed from London’s streets today and will now spend a lengthy time locked up in prison.

“The level of violence used in this attack, coupled with the speed that this incident escalated, are truly shocking.

“A group of people who were enjoying themselves at the end of a night out were subjected to a sustained and relentless wave of violence including the use of a corrosive substance – because they acted as good Samaritans to help a male being subjected to a vicious assault.

“The original victim who was attacked by the group has never been traced but I hope he, and all those who were set upon by this violent group of individuals, will take some comfort from the fact that this group has been convicted.”

Ardic and gang member Mehmet Tekagac, 30, were also involved in the acid attack.

The man who had been filming the assault was left with a fractured eye socket and corrosive burns to his eyes after his bag was ripped from him – with his phone inside.

Doctors described his recovery as ‘miraculous’ after it was initially thought his injuries would be life changing.

The gang members then got into the three cars and fled the scene, shouting homophobic comments at the group and that they ‘run Hackney.’

The attack unfolded at 5.15am in May last year. 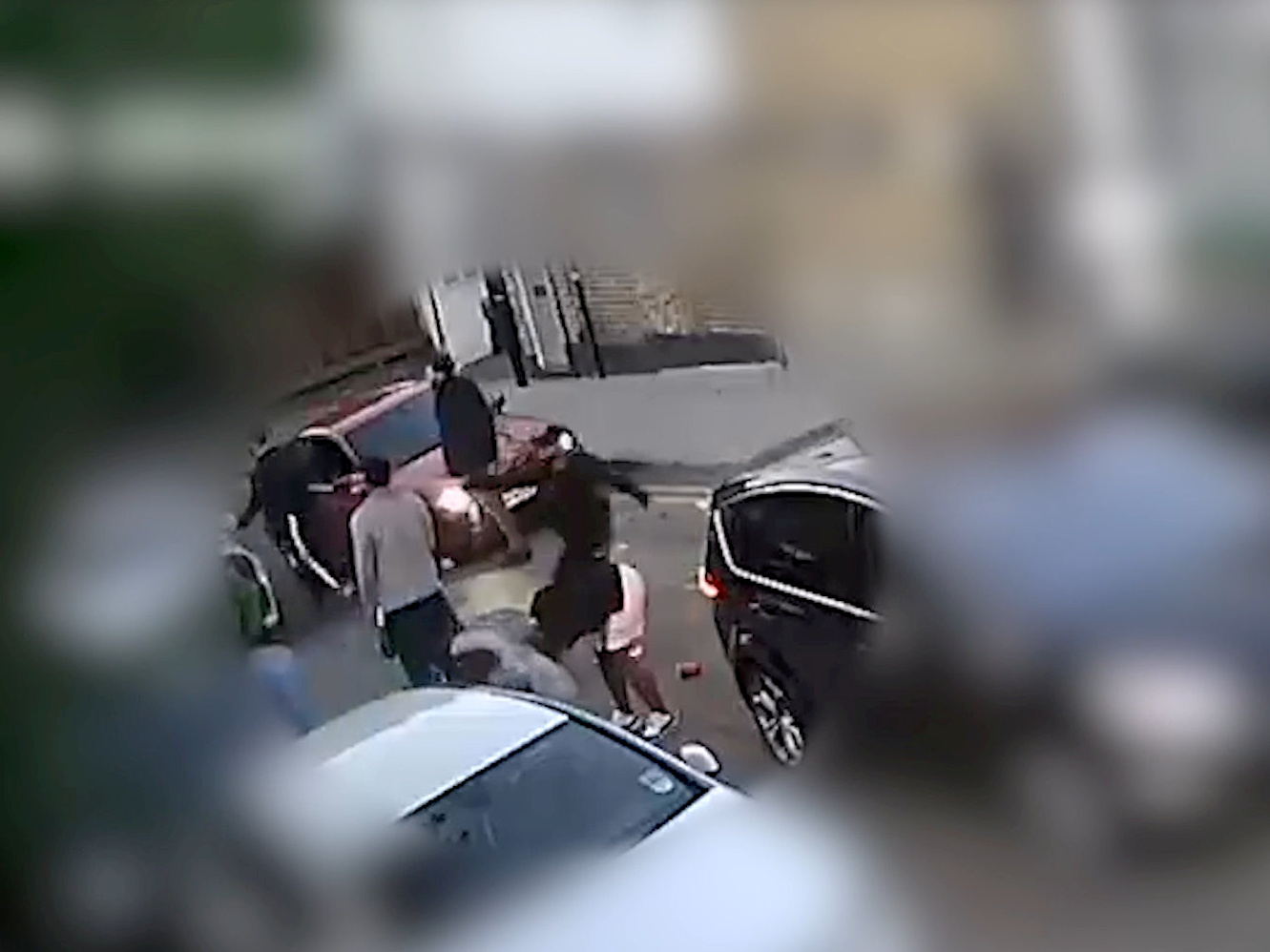 Hackney officers and a crime scene examiner collected evidence from the scene including CCTV footage that captured most of the attacks.

He was sentenced to nine years each for six counts of casting a noxious substance and three years for violent disorder to run concurrently.

Ardic, from Hackney, was sentenced to 14 years in prison while Tekagac, also from Hackney, was jailed for 14-and-a-half years – both for applying a noxious substance causing GBH plus three years on extended licence.

They were also each sentenced to three years for violent disorder to run concurrently.

Guven Ulas, 20, from Barnsbury in north London, was handed a 30-month prison sentence for violent disorder.

Mustafa Kiziltan, 30, from Hackney, was sentenced to a total of three years in prison – 27 months for violent disorder and nine months for dangerous driving.

He was also sentenced to three months for failing to stop, which will run concurrently.

Serkan Kiziltan, 22, from Hackney, was sentenced to 18 months for violent disorder.

Umit Kaygisiz, 21, from Hoxton in north east London, was sentenced to a total of 28 months in prison for violent disorder and attempting to convey a mobile phone into prison.

Yasam Erdogan, 24, from Canonbury in north London, and Turgut Adakan, 23, from East Ham in east London, were each sentenced to 18 months for violent disorder, suspended for two years.