A cyclist holds up trafic on the A10 between Royston and Cambridge while riding next to a new £1.2 million cycle path.

A fuming van driver posted a video of a cyclist holding up rush-hour traffic on a busy road – while IGNORING a new £1.2m cycle path next to him.

Jerry Skinner, 28, put the video on social media after he said he was fed up with being delayed every day on his way to work.

The delivery man said: “Nearly every day I have the same problem. Generally cyclists used to be okay but now it seems they want to be difficult on purpose.

“I have been driving through there for a long time and ever since they put [the cycle path] in that road is so narrow.”

He uploaded the video on Facebook after a passenger in his van filmed the hold-up at around 8.30am on Thursday morning.

The footage shows the van crawling behind the cyclist while other bicycle users can be seen using the freshly laid cycle path just to the side.

At one point, a vehicle in front just manages to overtake on the narrow road with a constant stream of oncoming commuters.

The three-metre wide segregated foot and bike lane runs alongside the A10 between Royston, Herts., and Cambridge and was completed earlier this year.

According to Cambridgeshire County Council’s website, the scheme cost around £1.2 million of Department for Transport cash.

Jerry, from Royston, Herts., said: “They’ve got money to put up on these great cycle paths that aren’t used and we’re driving down these roads with pot holes that have been repaired seven or eights times.

“I think some of the money could be spent on the people who are paying for it.”

Although cyclists don’t have to use cycle paths, the Highway Code says: “If cycle routes are available cyclists should make use of them, as they can make their journeys safer.” 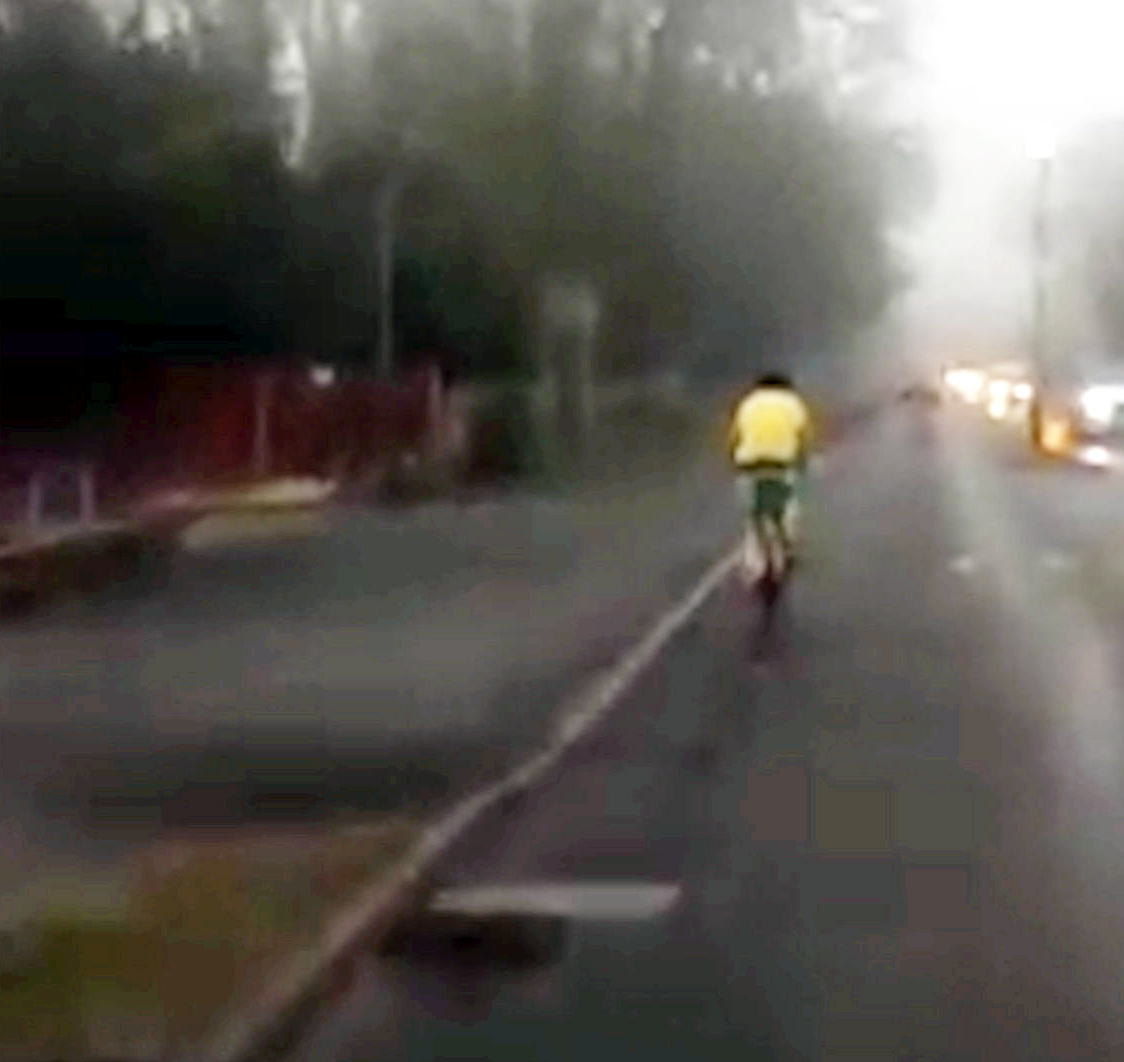 The father-of-two added: “I feel like it’s a waste of money.

“It’s very frustrating. You want to go to work to do your job. There’s no point in just being arrogant just for the sake of it because it’s your right.

“A bit of courtesy towards other roads users doesn’t go amiss.”

The £1.2 million project was part of a wider £10 million “Cycle City Ambition Fund” programme run by the Department for Transport to encourage people “to cycle, more safely, more often”.

The council’s website says: “[The improvements] make the prospect of non-car journeys both simpler and safer.

“Getting to school and work on foot or cycle would be more accessible to locals.”

It adds: “The A10 is a hostile environment for walking and cycling.

“The busy road carries in the region of 18,000 vehicles per day; around 600 of which are Heavy Good Vehicles (HGVs).”

Couple get involved in beach clean on their wedding day

Couple get involved in beach clean on their wedding day