Landlord Darren Luxton and Adam Woods - in front of the monster England flag.

A football mad pub claims to have the biggest England flag in the country – covering its entire ROOF.

The huge flag, measuring 50ft by 20ft, is proudly draped across the front of the Windmill pub as World Cup fever sweeps the nation.

But despite impressive displays of patriotrism popping i[ across the country, Darren Luxton, landlord of the pub in Plymouth, Devon, claims their flag is the biggest around.

The colossal flag was made courtesy of Ullman Sails in Langage and hoisted up over a weekend ahead of a flurry of football.

Darren, 46, who has commanded the pumps for 16 years, said: “I haven’t seen one bigger, I reckon it’s the biggest in the country.

“I had one 10 years ago, for the World Cup in South Africa. I’ve had one since for the Euros but then it got battered and worn so I thought it was time for a new one.

“We love our football here – we’ve got three football teams that play out of here.

“We’ve got the flag here just for the love of football and patriotism. It’s important for the whole country to get behind England.” 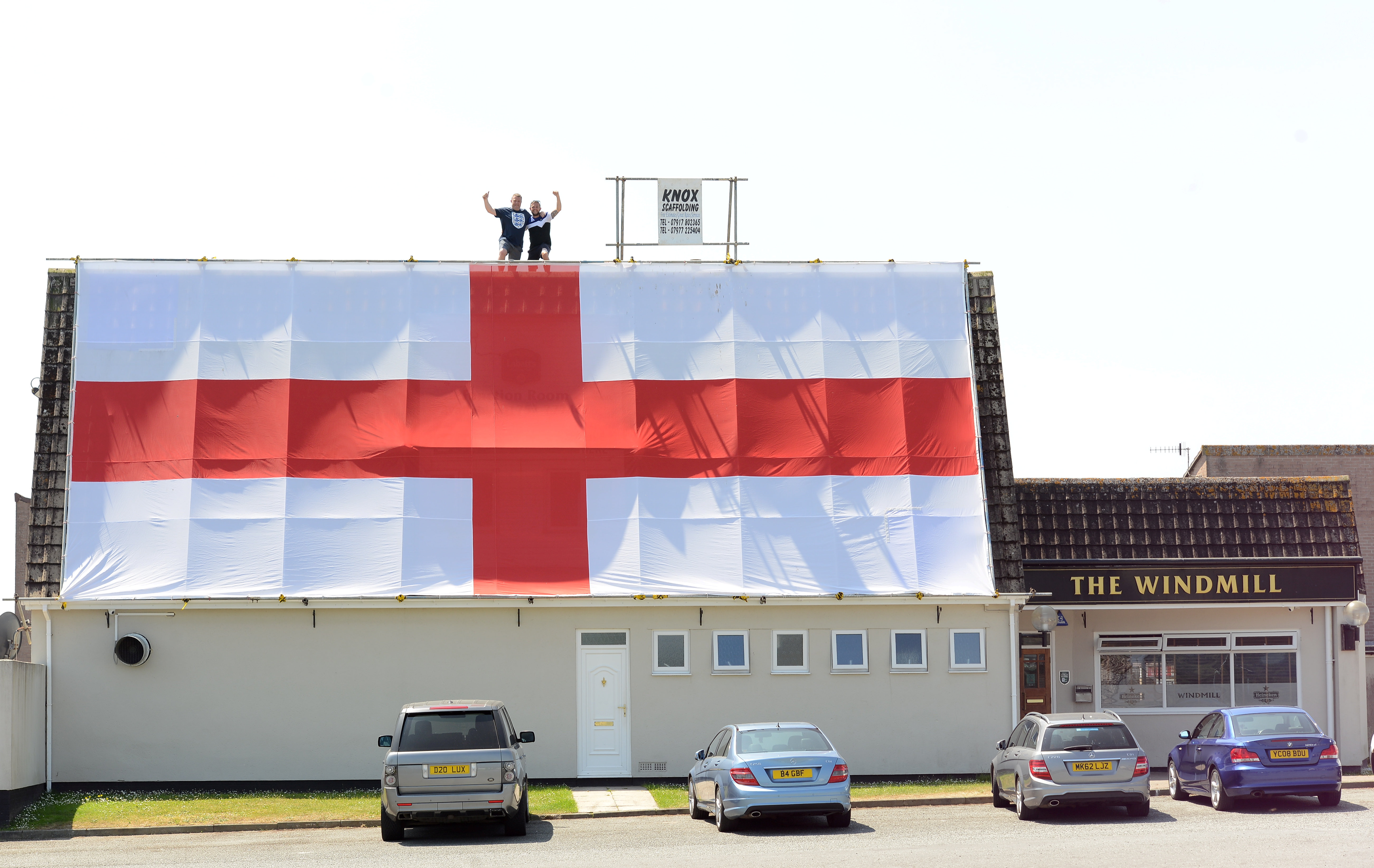 The full scale of the flag was captured on stunning drone footage by one of the pub’s locals Adam Woods.

The sport-mad boozer has been a hive of activity during the World Cup – boasting an atmosphere that Darren described as ‘s simply ‘out of this world’.

Darren added: “We’re a community pub, everyone is welcome and we’ve got the best football atmosphere in the town.

“It was out of this world for the England game against Panama.”