A five-year-old travelling on a bike with her parents in India had a lucky escape after the bike meets with an accident wherein her parents are thrown off while she is carried nearly 200 metres before landing on a grassy patch.

A five-year-old girl was left speeding along a motorway on a motorbike after her parents were flung off the back in a collision with another motorcyclist. 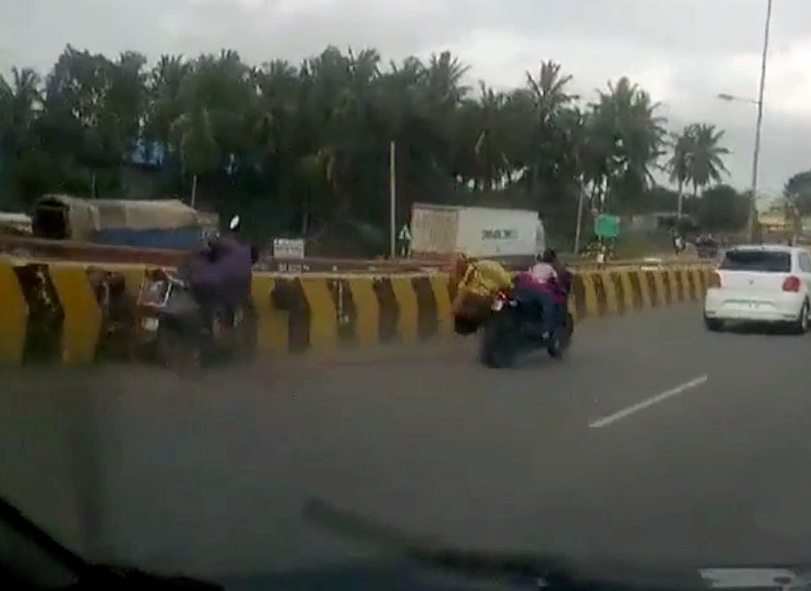 Dashcam footage shows the family impatiently trying to overtake vehicles on the multi-lane carriageway in Karnataka, India, before slamming into the back of a scooter.

The collision sends both mum and dad off the big motorbike while their daughter is left holding onto the fuel tank for dear life.

The young girl then travels 200 metres, crossing the three-way carriageway, and narrowly misses colliding with a truck before she safely crash lands on a patch of grass.

Onlookers were then seen to be rushing to the aid of the young girl. 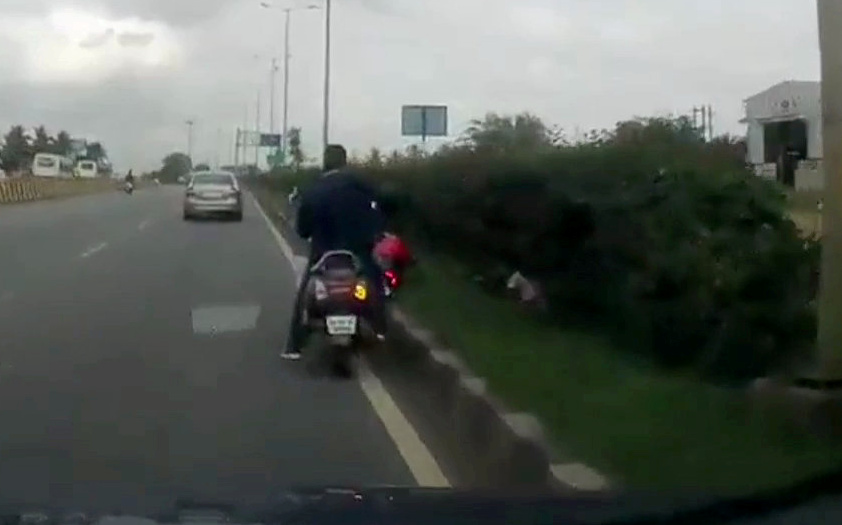 The unnamed female motorbike passenger was also admitted to hospital after suffering minor bruises on her forehead.

The biker – believed to be the little girl’s dad – fled from the scene.

Nelamangala Traffic Police Inspector Ramesh G R said: “The biker was riding rashly and that too without a helmet and fled from the scene after the accident.

A case of rash and negligent riding has been registered against the biker.”