It’s been well over a century since the publication of HG Wells’ seminal sci-fi novel, The Time Machine. Fast-forward 124 years and the public’s appetite for books, TV shows and movies about time travel shows no sign of abating. Here, the award-winning British novelist Hannah De Giorgis turns the clock back to find the five best books in this rich and diverse genre.

When HG Wells penned The Time Machine in 1895, he didn’t just coin the terms ‘time machine’ and ‘time traveller’ – an impressive legacy in its own right – but created an entirely new genre of fiction. Any object that has since travelled back or forward in time via a physical time machine – in literature, on TV and in cinemas – can be said to draw on Wells’ colourful imagination as its inspiration.

Wells, a trained scientist, wrote his seminal novel during the Fin de Siècle when there was an obsession with societal progress, and with speed and velocity following the industrial revolution. But it was also a period of trepidation and uncertainty about the coming turn of the century, fuelled over fears of degeneration and the emergence of the second law of thermodynamics.

The latter provoked the Heat Death of the Universe theory – the idea that time becomes an endless void in which nothing ever happens as there is little to no energy left in the universe. Both fears surface in Wells’ tale: his depiction of the future species of humans sees them devolved into two subspecies – Morlocks and Eloi, the stronger, subterranean monsters and weak, elfish human branch of descendants who feed the Morlocks. And the Heat Death of the Universe theory is apparent when Wells’ protagonist travels far into the future to find our sun dying.

The Time Machine was (and remains) a standalone read by any measure – Wells was a master storyteller. But its runaway success was down to Wells’ ability to tap into and strike a chord with the public psyche; The Time Machine delved into the prevalent concerns of its era and fleshed-out the potential consequences on such an imaginative platform. It’s a formula that endures to this day, particularly in sci-fi which allows authors to tap into our uncertainty, fear and curiosity about the future.

My top 5 books about time travel are:

What list of time travel books would be complete without Wells’ 1895 seminal classic? Wells’ machine propels a Victorian time traveller to the year 802,701 where humans have split into the beautiful Eloi and their masters, the Morlocks. When the scientist’s time machine vanishes, he must search the Morlocks’ underground tunnels if he is ever to return to his own era.

For Kivrin Engle, preparing an on-site study of one of the deadliest eras in humanity’s history was as simple as receiving inoculations against the diseases of the fourteenth century and inventing an alibi for a woman traveling alone. For her instructors in the twenty-first century, it meant painstaking calculations and careful monitoring of the rendezvous location where Kivrin would be received. But a crisis strangely linking past and future strands Kivrin in a bygone age as her fellows try desperately to rescue her. In a time of superstition and fear, Kivrin – barely of age herself – finds she has become an unlikely angel of hope during one of history’s darkest hours.

And what list of time travel books would be complete without my own modern classic?! Twenty-two-year-old Lyndall Huxley wakes to find herself thousands of years into the future. Something went wrong with the programme for which she volunteered – a programme that employs Einstein’s laws of relativity to send travellers forward in time. The ruins overrun by green woodland in which she wakes are a far cry from the urbanised world she left behind in the 2200s. Lyndall embarks upon a journey that will leave her questioning her very identity. She must choose between the new life that beckons and the old life from which, even thousands of years later, she cannot escape. She will discover that the mission was never about sending people into the future. Much more is at stake. 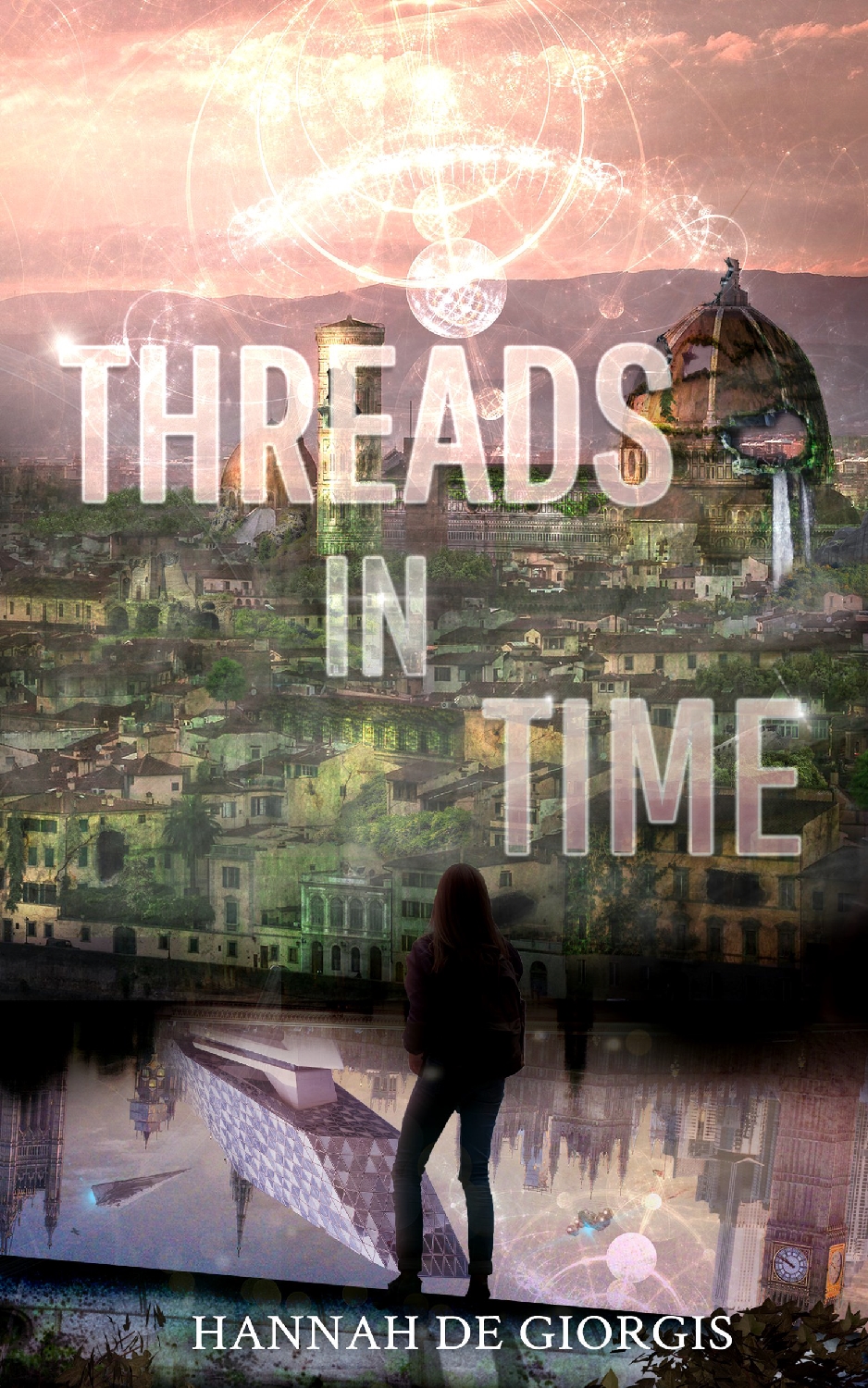 Selected by the Modern Library as one of the 100 best novels of all time, Slaughterhouse-Five, an American classic, is one of the world’s great anti-war books. Centering on the infamous firebombing of Dresden, Billy Pilgrim’s odyssey through time reflects the mythic journey of our own fractured lives as we search for meaning in what we fear most.

Following the smash-hit sci-fi comedy The Hitchhiker’s Guide to the Galaxy, The Restaurant at the End of the Universe is the second part in Douglas Adams’ multi-media phenomenon and cult classic series. If you’ve done six impossible things this morning, why not round it off with breakfast at Milliways, the Restaurant at the end of the Universe? Which is exactly what the crew of the Heart of Gold plan to do. There’s just the small matter of escaping the Vogons, avoiding being taken to the most totally evil world in the Galaxy and teaching a space ship how to make a proper cup of tea.

Threads in Time by Hannah De Giorgis is available from today on Amazon priced £3.49 in Kindle edition and £7.99 in paperback.