Timothy Blasko with the huge lionfish.

This is the moment a diver speared a giant lionfish – the heaviest ever to be caught in the Atlantic.

Corrections officer Timothy Blasko was out fishing with friends when he came across the 3.10lbs whopper.

Dad-of-two Timothy, 37, gestured to a fellow diver to pass him the spear and, with one fell swoop, managed to take the stripy fish out.

The catch, off the coast of Islamorada, Florida Keys, USA, on August 6, was the heaviest lionfish ever caught in the Atlantic Ocean to date according to the Florida Fish and Wildlife Conservation Commission.

Timothy, of Cutchogue, New York, said: “I got a good clean headshot on it. It struggled a little bit, but it stayed on the spear.

“He was like the godzilla of lionfish. He was just tremendous. We went out that night and ate lionfish for dinner.

“We went to a restaurant that specializes in cooking them whole.”

Lionfish are an invasive species in the Atlantic and have no known predators outside their native habitat.

On average they weigh one to two pounds and are 11.8 to 15 inches long.

Tim, an experienced spearfisherman, has caught hundreds of lionfish in the past.

He said: “You’ve got to be very careful with the lionfish because its spines are venomous. If you get pricked by one they’re like little hypodermic needles.” 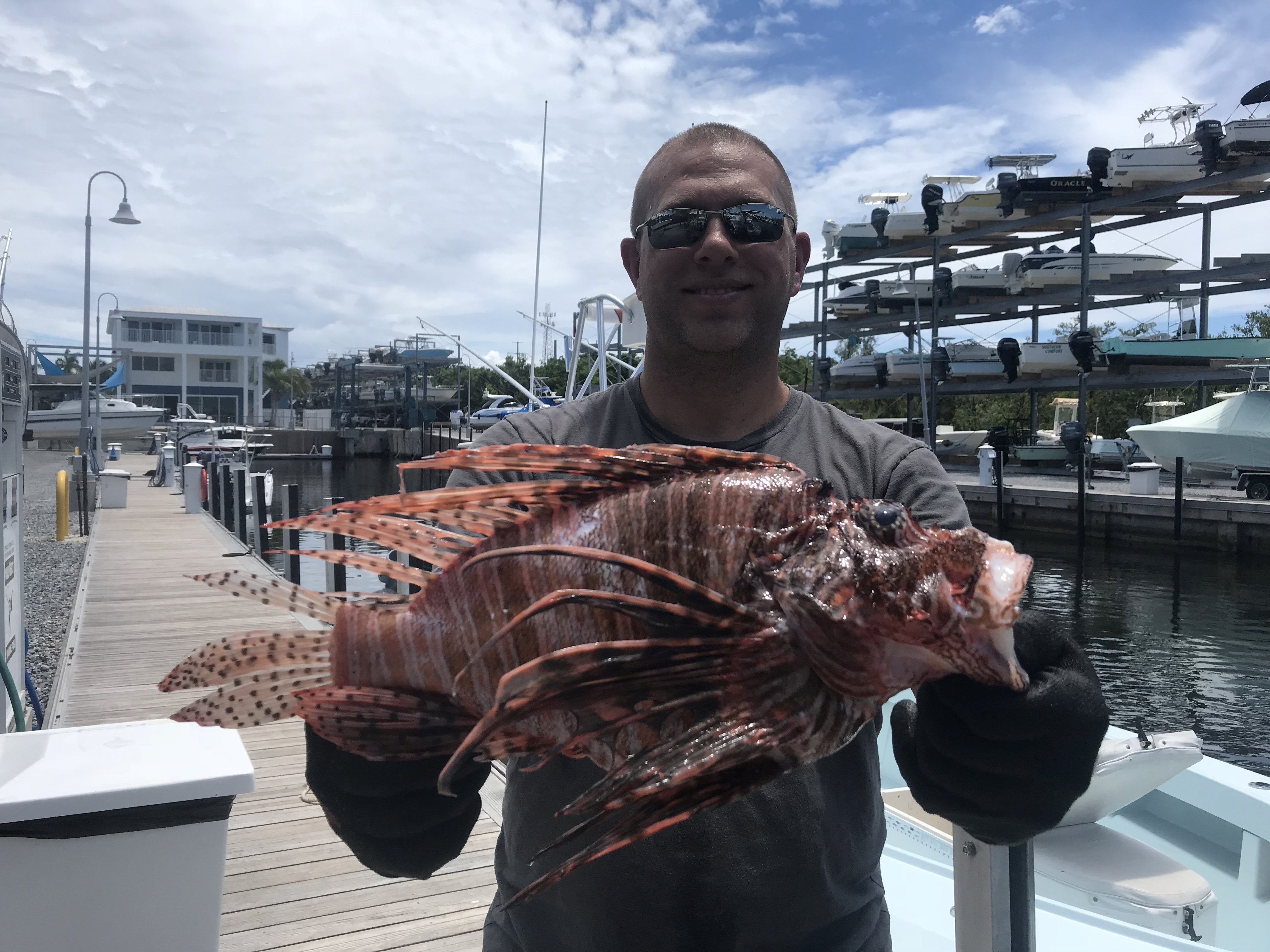 The creatures have earned a reputation as invaders, and are often ‘harvested’ by divers and spearfishers alike in order to protect the surrounding reefs.

He added: “The lionfish is a very invasive species so whenever we see them we try to get them off the reef. They do a lot of damage to the local fish and the local species.

“However, there is an ocean code to abide by. It’s their world, and we’re just guests. You gotta be respectful.”