Collect photo of Coby Simons who died from the flu - aged nine.

This is the first picture of a nine-year-old boy who is believed to be the youngest to die in the latest outbreak – of FLU.

Heartbroken parents Jamie Chrichard and Louise Simons have paid tribute to their son Coby who died just 48 hours after coming down with the virus.

They are now preparing to bury their son while still not knowing exactly why their healthy and happy ‘special little man’ died.

A post mortem examination has confirmed Coby had type B flu virus and streptococcus pneumoniae, a common cause of pneumonia.

The number of people to have died after contracting flu in the UK this winter is the highest in decades – and is currently over 200.

However, Louise said it could be up to 12 weeks before Coby’s cause of death is confirmed.

The family, of Exeter, Devon, say they are living every parent’s worst nightmare and have paid tribute to their ‘perfect’ boy who passed away on January 24, at the Royal Devon & Exeter Hospital.

Coby, who was rarely ill, first complained of not feeling well six days before his death.

He later started displaying some of the symptoms associated with type B flu and passed away after a very rapid two day deterioration in hospital.

His parents say they rushed him to A&E after he had spent the day feeling sleepy and achey, before developing puffy eyes.

Now, his mum Louise, 29, has paid tribute to their “good as gold” only child, and have spoken out to warn other parents about the symptoms of the killer bug.

She said: “It’s like being in a bad dream – it doesn’t feel real. It’s still such a shock. He would have been ten in two months’ time.

“He never gets ill. He probably gets poorly once a year if that. We want people to be aware of what happened to our son and to know the symptoms to look out for.” 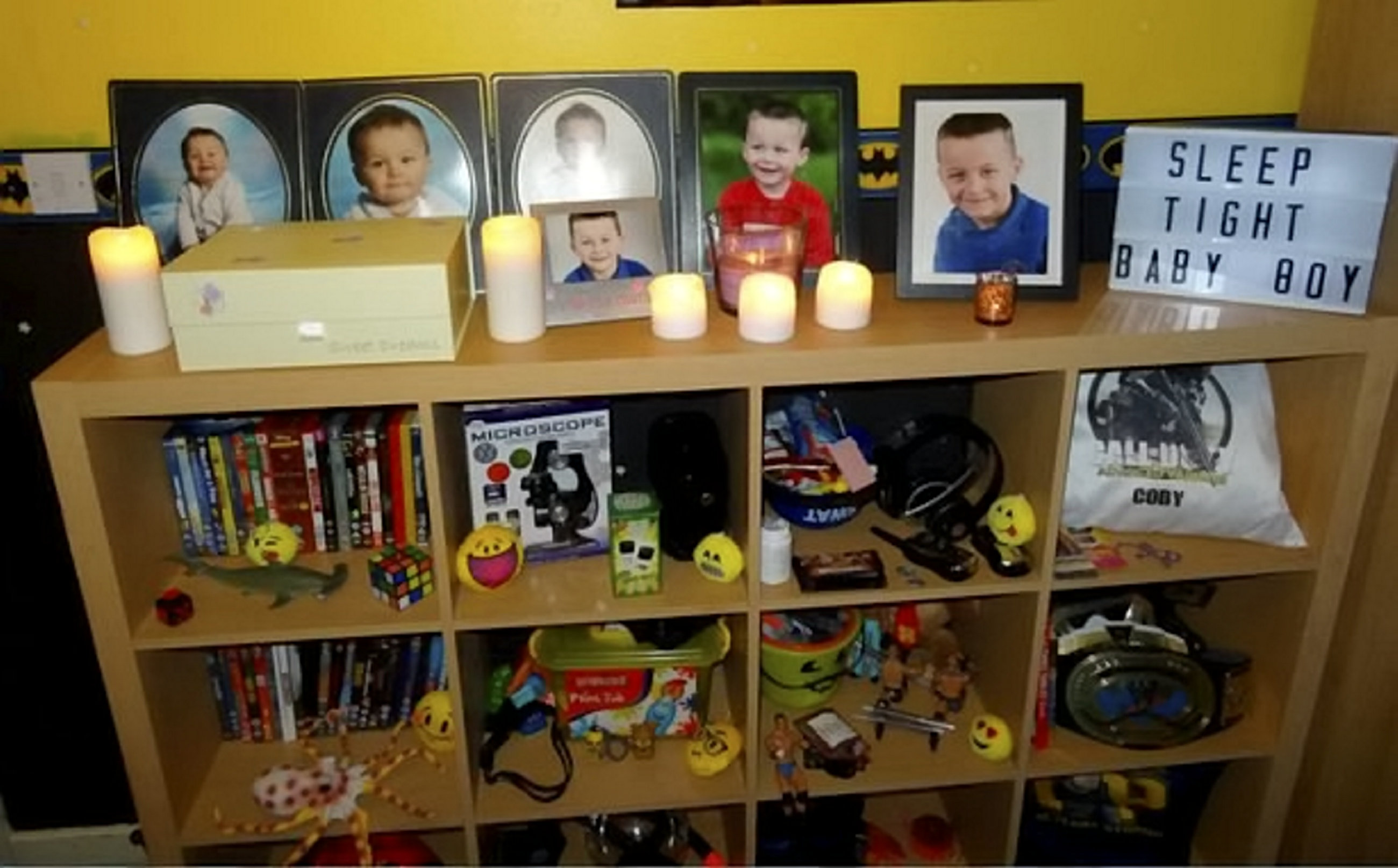 Louise, a catering supervisor at Killerton in Broadclyst, near Exeter, said the first indications of him being poorly were on Thursday, January 18, when he complained of not feeling well.

He then took the next day off school, and although he seemed tired and quieter over the weekend, he did not show any further symptoms until Monday.

She described taking him to see his GP on the Monday as he had been sleepy and achy.

And when he woke up later that afternoon from a nap, he had developed puffy eyes and when his skin was pressed it remained white for a long time.

She took him to A&E at around 8pm and was later sent home and told to give him Calpol and Ibuprofen, after being diagnosed as suffering from flu symptoms.

His mum said: “He was very tired and his skin was cold but inside he felt warm.”

She then rushed him back to A&E on Tuesday evening when he took a turn for the worse.

She added: “He kept saying he was dizzy and a doctor said they could hear crackling on one side of his lung.

“Everything spiralled so quickly after that. I’m not sure what time they tested for flu B but it came back positive.

“He was put on oxygen, which he didn’t like, because he was having trouble breathing and there was talk of putting him in an induced coma.

“He took a bad turn on the way to the intensive care unit and after that we found out he had fluid around his heart following an ultrasound.

“He was rushed back to emergency observations and they started CPR which they continued for 90 minutes.

“There were all these people making different suggestions because they didn’t seem to understand what was going on. 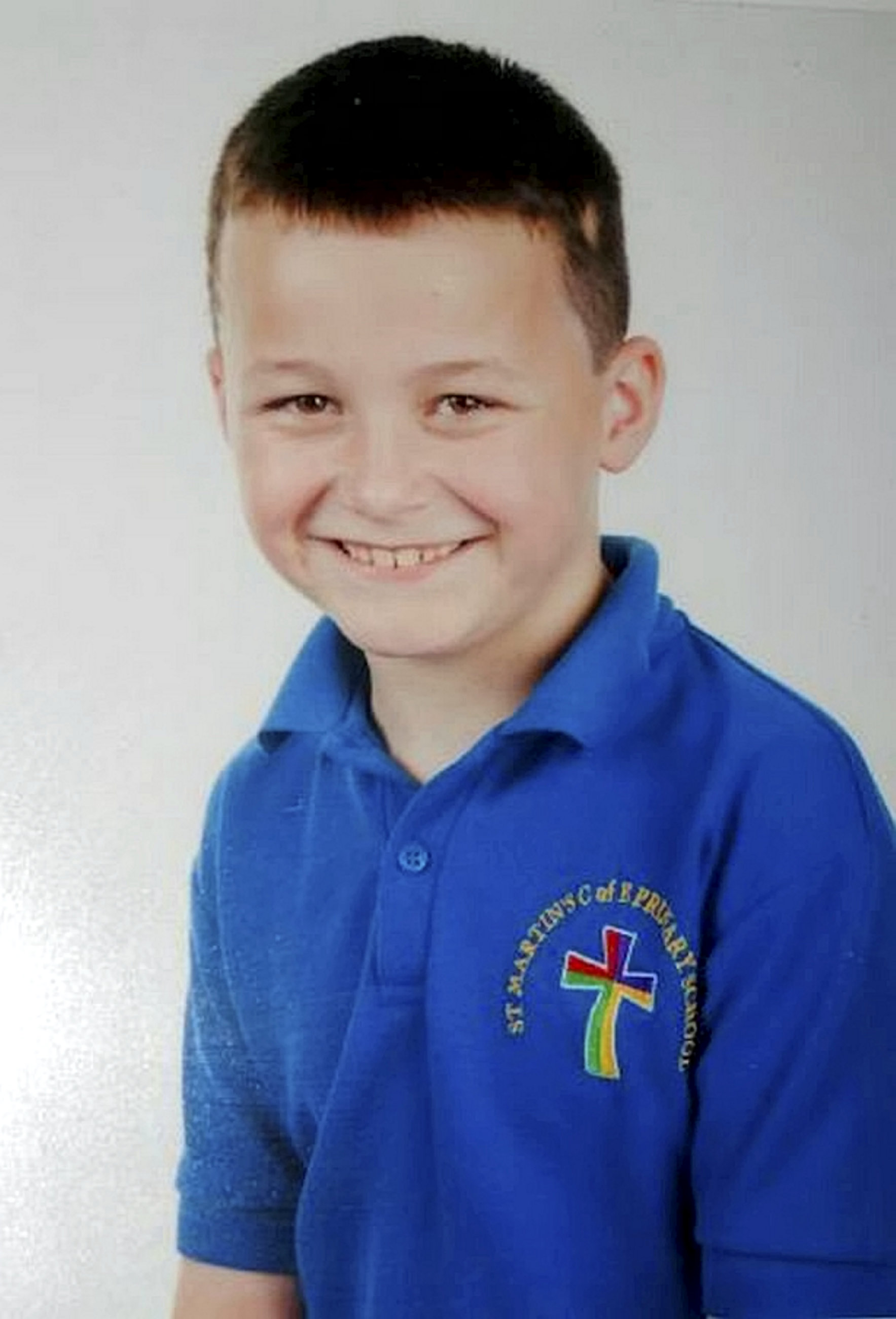 He passed away on Wednesday at 3.25am with his parents by his side.

Louise said they are now focusing on trying to give Coby the best send-off possible.

She said the year 5 pupil at St Martin’s C of E Primary and Nursery School in Cranbrook loved lots of things in life including school, Ed Sheeran, wrestling and watching YouTube.

During his funeral service at Exeter Crematorium on Friday, February 23, his parent’s biggest wish is to play a personalised version of Ed Sheeran’s Supermarket Flowers, which he is believed to have written as a tribute to his grandmother.

They have changed the words to refer to Coby and their dream is for Ed Sheeran to be able to send them a recording of him singing their version.

However, the family say just being giving permission to play their version by his management would bring them great comfort.

Louise said: “He deserves the best. We are trying to arrange all the things we know he would love. It is giving me something to do and focus on rather than just being sat here on my own.

“He was just such a lovely boy. He was absolutely perfect; I wouldn’t have changed anything about him, not even when he was in a bad mood.”

Coby’s final farewell will see him arrive at Exeter Crematorium in a horse-drawn hearse and among the floral tributes will be the words ‘I’m bored’, chosen by dad Jamie because it was Coby’s favourite saying; a shark wreath chosen by Louise to represent his favourite animal; and a WWE belt.

His coffin will be square instead of the traditional shape and will be painted black and embellished with the logo of his favourite YouTuber Logan Paul.

The same logo will be embroidered onto the suit jackets of Coby’s family, along with words RKO underneath to represent his favourite wrestler Randy Orton.

Both Louise and Jamie, 29, a stonemason, have said they have overwhelmed but peoples’ generosity and support since Coby suddenly passed away.

The Differences Between Short Term Loans and Payday Loans