The first couple to have wed after falling in love on a Club 18 – 30 holiday are set celebrate their 45th wedding anniversary.

Hilary Sugden was just 18 in 1973 when she splashed out £40 for a week in the sun with the holiday club, which later became infamous for its ‘sun, sand and sex’ image.

On the island of Mallorca she met and fell in love with dashing Club 18-30 rep John Bond, 22, and was persuaded to take a job as the holiday firm’s first ever female rep.

Since their whirlwind romance, they have revisited the place where they met more than 10 times.

Now grandparents Hilary, 64, and John, 69, are planning the celebrations for their 45th wedding anniversary next year and put their happiness down to the holiday firm.

They insist the iconic travel British brand – at risk of closure due to waning popularity with millennials – was the reason they found love.

Hilary said: “We would never of met or shared our lives together without Club 18-30 and its organised activities.

“It will always be special to us. It gave us many years of enjoyment throughout the 70s and early 80s.

“We developed many lasting friendships through the Club and it was the was the catalyst for our continued interests in travel.

The bank clerk had only just celebrated her 18th birthday when she jetted off with friends to the Balearic island in May 1973 – the first time she had been on holiday without her parents.

She said: “It was the only holiday company at that time that was offering young single people the opportunity to go on holiday and have a good time.”

The pals had booked a package tour, so John picked them up from the airport and drove them to the Bona Vida hotel in Arenal, on the south coast of Mallorca.

All activities were arranged for them, from beach parties and late-night discos to horse riding in the hills.

Hilary said: “We saw John pretty much every day, and as the week went on, we got more and more friendly.”

A few days into the break, John organised a barbecue on the beach – the day he realised he was in love with his guest.

He said: “I was somewhat besotted with her at that point.”

Hilary also admits having had the hots for her holiday rep, who entertained them that night.

She said: “What really attracted me to John was he played the guitar and sung a lot of Gordon Lightfoot songs – a Canadian folk singer I was a big fan of.”

At the end of the trip, John suggested that Hilary might stay on to work for the company.

Hilary said: “John told me they needed someone to do the accounts but I think it was just a ploy to keep me on.”

To the shock of her parents, Hilary quit her job at the bank as soon as she returned home, and was on a plane back to Mallorca by June.

And after just a few weeks of doing the accounts for the company, she became the first woman rep, earning £35 per month plus bed and board.

The pair enjoyed their summer of love in the sun, organising activities for the ever-changing groups of holiday-makers, and growing ever closer.

Hilary said: “I remember somebody throwing me into a swimming pool one day. I had shoes and clothes on and I actually thought I was going to drown.

“I was getting a bit frantic, and suddenly, John pulled me out of the water with one arm.”

John admitted: “I was keeping a close eye on her.”

After finishing their shifts, the couple would while away the hours at Mallorca’s best late-night bars and clubs until the sun rose.

Hilary said: “He was plying me with all these fine foods. I had never met anyone like John before. He swept me off my feet.”

In October, the couple were forced to part as John returned to Canada, and Hilary to “dreary” England – but they couldn’t stay separated for long.

Laughing, John said: “I proposed to her over the phone from Canada. I was missing her so we chatted and one thing led to another.” 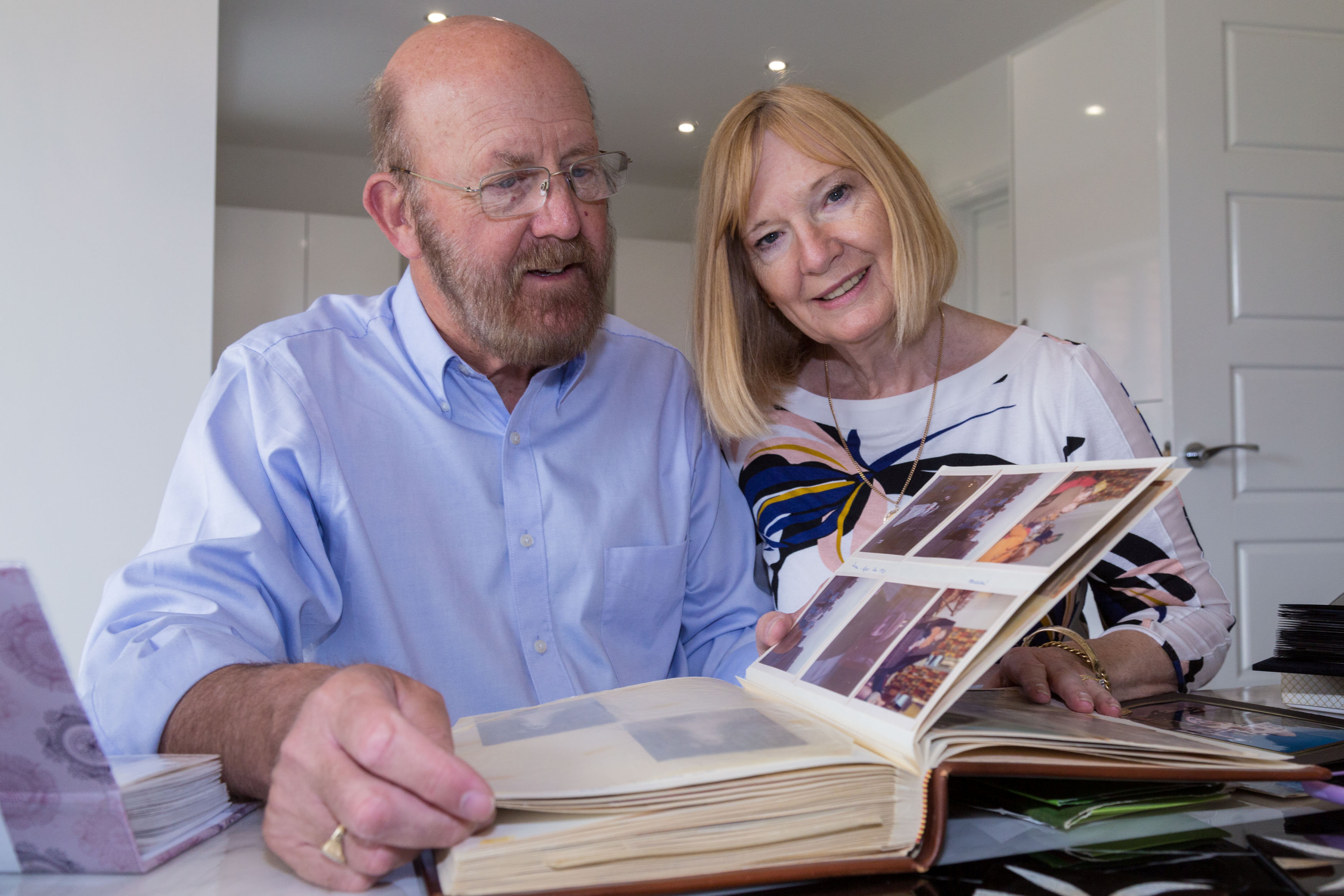 The couple were married in February, with a fellow club rep as John’s best man and the chief executive of the company as a guest.

Almost half a century later, Hilary and John are still happily married with two grown-up children and a young granddaughter.

Looking back on the trip, Hilary said: “It was absolutely fabulous. It was a fantastic way to earn a living and spend the summer in the sunshine.”

The husband and wife have been back to revisit the spot where they first met more than 10 times.

And almost every five years since they met, they have attended a club reps’ reunion, where former employees revisit their old Mediterranean stomping grounds together.

John said that, for many people in the 60s and 70s, it was one of the only affordable ways to see other countries.

He said: “A good bottle of champagne was 75 pesetas. Some people had never had champagne before.

“People were going to these places for the first time. It was an affordable luxury.”

Club18-30 hit the headlines last month when long-standing owner Thomas Cook announced it was considering a possible sale of the ailing brand.

Started in the 1960s, it quickly became notorious for its hedonistic package holidays, known by the catchline “sun, sea and sex”.

The company was reportedly making more than 100,000 bookings a year at its height, but has seen a steady fall in its popularity in recent years.

John partly agreed with the analysis, saying: “What people want now is to sit in a restaurant and take a photo of their food. They want an experience but they don’t want to participate in it.”

He added: “You only have to go to any of your local pubs and you’ll see five or six young people and they’ve all got their phones out.

“When I look at a lot of young people today, they don’t really know how to enjoy themselves.”

As for debaucherous reputation of ‘the Club’, Hilary said: “It wasn’t painted that way at all when I went on holiday. It was very much a fun holiday for young people.”

John added: “It wasn’t till the late 70s that the Sun picked up on the Club and did an expose in Ibiza by plying champagne to guests early in the morning. Sales immediately picked up.”

Now an owner of his own travel company, John said he felt millennials were more individualistic, and slightly at odds with the pre-organised, group mentality of the package holiday.

He said: “When we had people out we got that group dynamic. We kept them occupied and gave them things to do. You looked after the whole group.

“I think people are more concerned about being labelled today. If you go out to a place that no one’s heard of, you’ve got one up on someone else.”

However John said that the main reason he thought Club18-30 was suffering was that young people were now more able to plan and book holidays themselves.

David Richardson, an old friend of the couple and author of ‘Let’s Go: A History of Package Holidays and Escorted Tours’, agreed.

He said: “It’s been reported that millennials no longer want to lie on a beach and get pissed but I take that with a pinch of salt.

“I think the main reason Club 18-30 has fallen out of favour is young people these days are quite happy to make their own arrangements.”

John added: “Club18-30 has gone through a lot of changes over the years. This is just another one.”