A playhouse in Brendan Burke's garden in George Street, Chapelhall, outside Glasgow, which has caused a complaint from neighbours

A father-of-two has been forced to apply for planning permission for his daughters’ much-loved playhouse after a “lowlife” complained to local authorities.

Tilly-May, six, and sister Amelia-Rose Burke, four, have been playing on the colourful playhouse non-stop since they were given it by their uncle last month.

Dad Brendan, 27, from Airdrie, North Lanarkshire, was pleased with the gift because it meant that the youngsters no longer had to play in the nearby park which is “covered in glass, needles and dog dirt”.

But now he has been forced to battle council bureaucracy and submit a planning application in a bid to keep the playhouse which has brought his children so much joy.

The family now have 28 days to make their case before North Lanarkshire council demands it is taken down following an anonymous complaint.

Furious Brendan has collected 1,000 signatures supporting him which he has submitted to the local authority.

He said: “The playhouse was bought from Costco. It’s all fixed with pins so it isn’t going to fall or anything like that.

“It’s in my front garden because my back garden has slopes all over it.

“I contacted the council to see what was going on as it is not blocking anyone else, it only blocks my windows which I do not mind.”

The playhouse has brought kids from the neighbourhood together to play on the structure rather than the nearby council-run play park.

Brendan says that he is prepared to fight his local authority in court over the playhouse if that’s what it has to go to.

He added: “Six kids normally play on it, my two and the rest from the neighbourhood.

“It’s much safer, there’s a park about 400 yards from my house and its covered in glass, needles and dog dirt.

“I really don’t get this, it’s not like my kids play on it for the whole night, they are in their bed for 7pm every night.

“My kids just play on it when they finish school.

“I don’t know who made the complaint but I think it’s just a lowlife, jealous person.

“I still haven’t got an answer as to why I should have it removed.

“I’m not taking it down unless they want to go to court with it. I just think the way the council is treating this is shocking.

“I think they have stooped lower than the individual who originally made the complaint.” 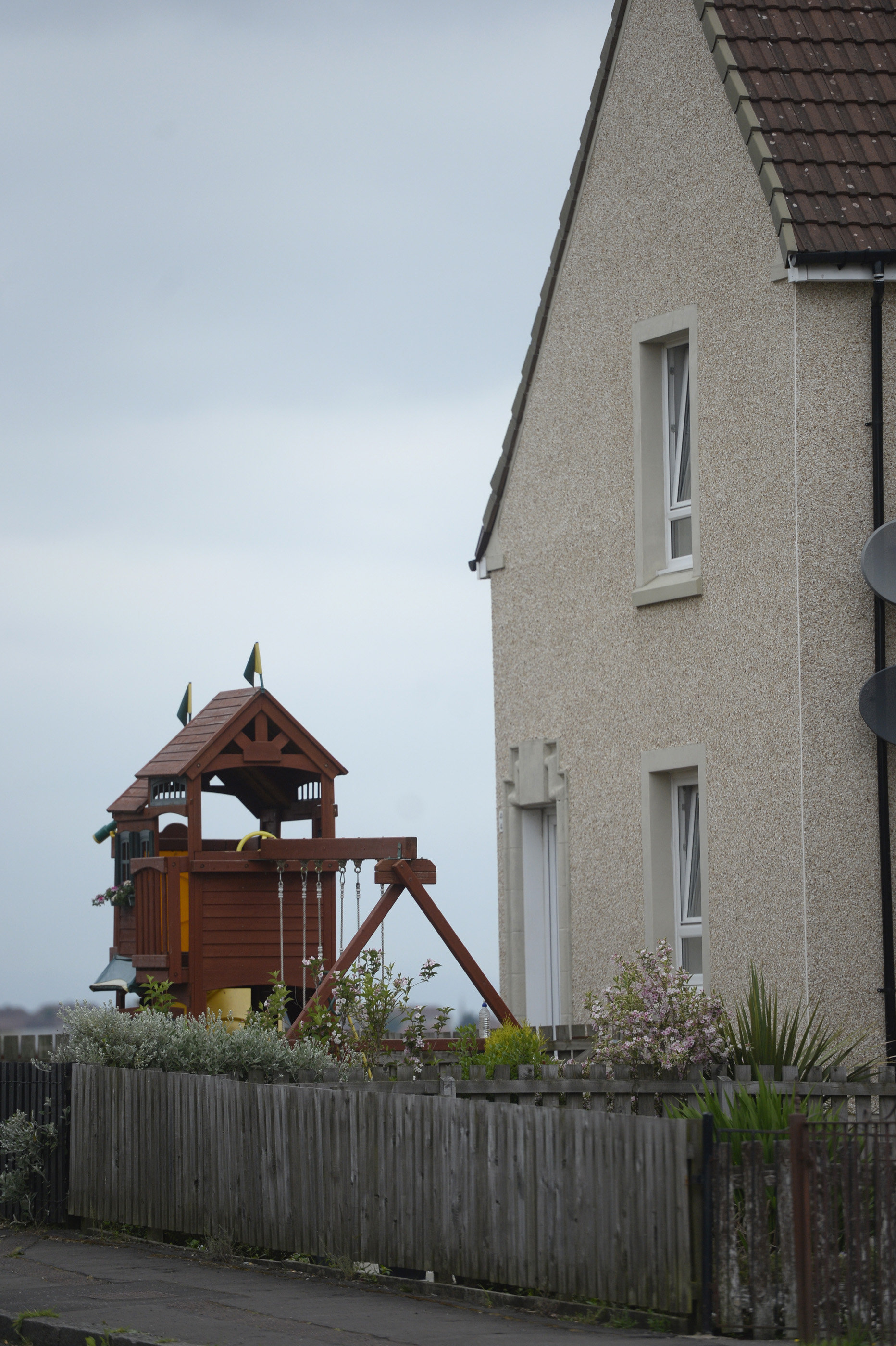 A spokesman for North Lanarkshire Council said that Brendan should be considerate to his neighbours.

He said: “We’ve got to consider the impact such a large-scale play facility could have on neighbours.

“Under the terms of the good neighbour charter, Mr Burke is obliged to be considerate to his surrounding neighbours.

“We’ve been in touch with Mr Burke and advised him that he requires to apply for permission to keep the play facility in the garden and once the application is received it will then be considered.

“We will look at the condition of local play areas and carry out any clear-up work required.”