Izzy O'Reilly with a newly born lamb on her farm in Rimington, Lancs

A farmer is helping his newborn lambs survive the cold snap by popping them into his OVEN – claiming ten minutes in there can save their life.

Ian O’Reilly, 49, said that putting newly born lambs in the Aga has been a top farming trick passed down through his family.

One adorable lamb, which was born in blizzard-like conditions on Thursday, was spotted half an hour later with ice sticking to its fur and desperately needed its core temperature warming up.

Ian, who has been farming all his life, said: “Using the Aga is my best-kept secret, my family have been doing it for years.

“I have had piglets, lambs all kinds of newborns on the bottom shelf. Ten minutes in there and their core temperatures are up and they can be brought out and reunited in the barn with their mothers.”

But, he warned: “Any more than that and you will be needing the mint sauce with them.”

Ian is often helped by his daughter, Isobel, nine, who loves to help look after the lambs at Gazegill Farm, Rimington, Lancs,.

He said: “Isobel loves looking after the lambs, she is great with them. She loves feeding them and cuddling up with them to keep them warm.”

Ian is currently in the middle of lambing season and said the sharp fall in temperature presents a real danger to his flock.

“You usually tell a lamb whose core temperature has dropped as they appear listless and weak,” he said.

“Once we warm them up they are able to eat and that sustains their increased body temperature.” 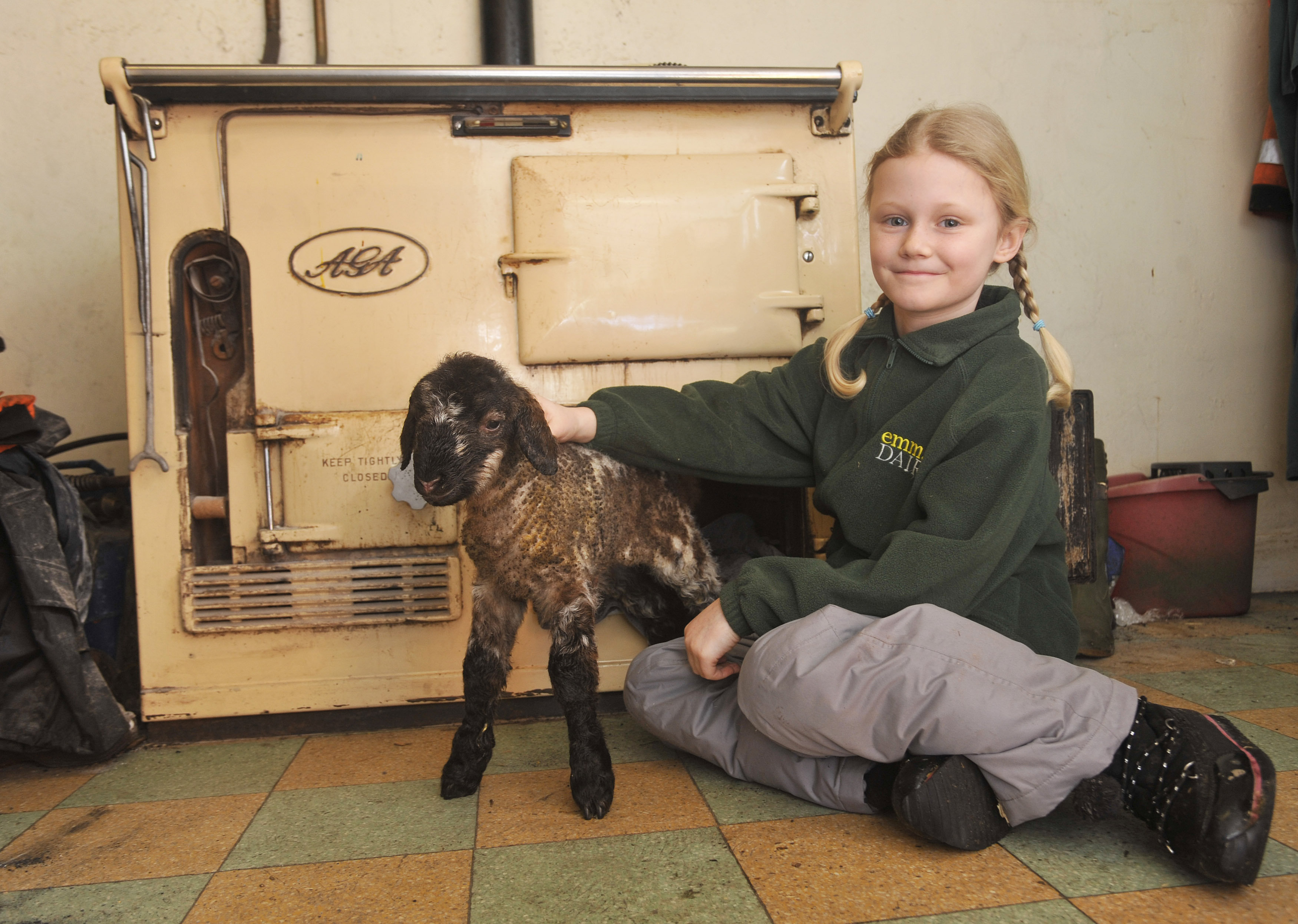 He said the biggest problem he faces in the current weather is not the volume of snow but the large drifts caused by the strong winds which have virtually cut his farm off.

Ian said keeping lambs using the cast-iron heat-storing cooker has been a regular practice on the farm since the 1940s.

Luckily the animals are kept separate from any cooking food, with animals restricted to the bottom shelf only.