A family has made a heartbreaking appeal to trace their missing dog which help their dad battle cancer.

Deborah Hall, 54, bought the Kemo the Staffie as a puppy for husband Olly Hall to help him through the dark days of chemotherapy treatment for lung cancer.

But Olly and his wife have been left “distraught” after the dog who he credits with helping him beat the disease went missing.

Daughter Sofia, 26, said: “My mum brought Kemo for my dad as a present for him for when he was fighting cancer and going through his chemotherapy.

“She bought him to lift my dad’s spirits and to help him through this hard time.

Olly, 61, from Shortstown, Beds, finished chemotherapy a year ago and is now in remission but is desperate to find Kemo, who he named after the treatment that saved him.

Sofia, from Bedford, added: “I can’t explain in words how distraught my family are.

“Without him our home just isn’t the same, there is an empty space and only Kemo can fill that.” 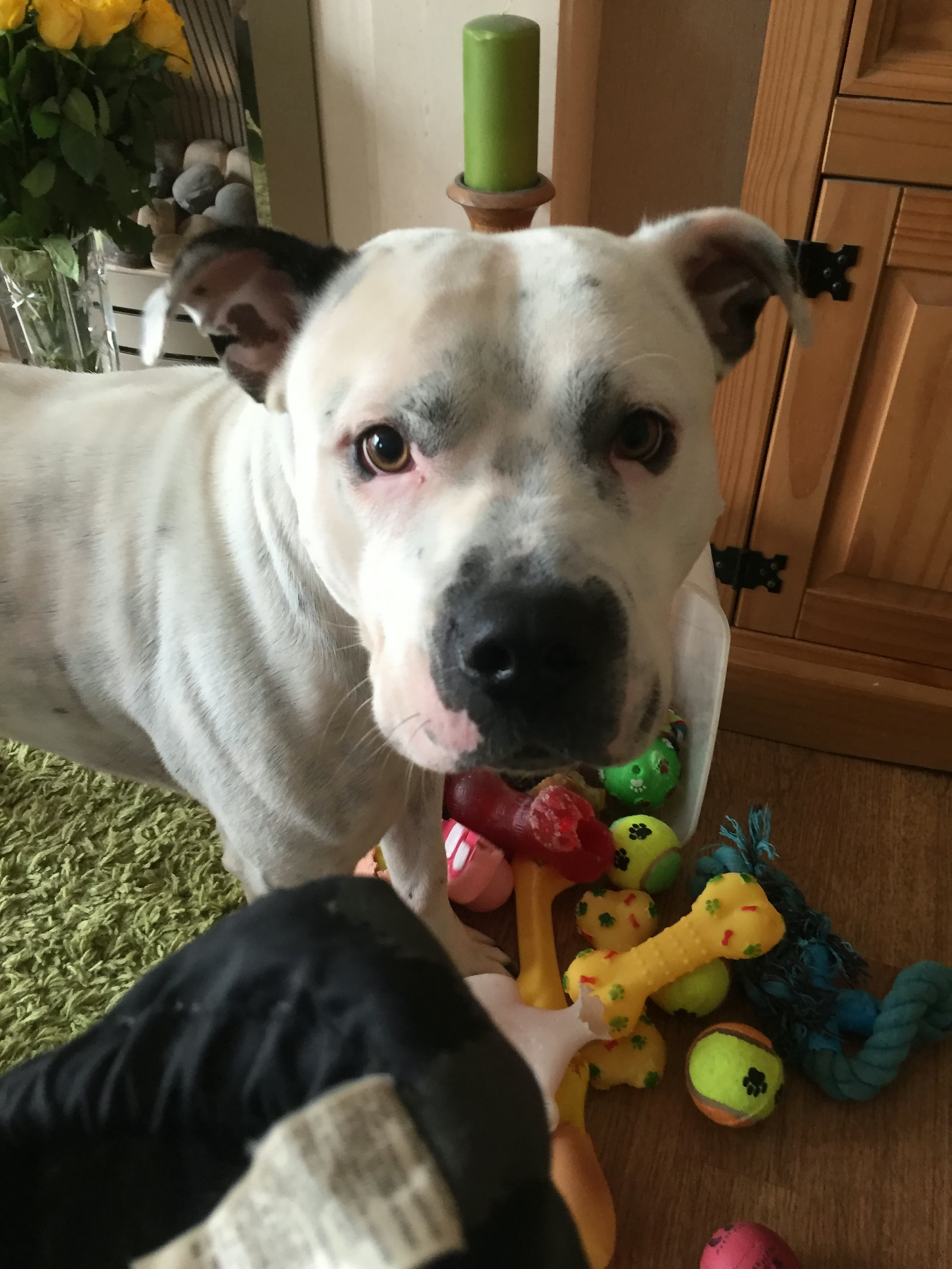 The HGV driver took Kemo walking in Cotton End, Beds, on February 8 at around 10.45am.

But after running into a field to chase a rabbit, he never returned.

A Facebook page set up by the family called ‘Find Kemo’ has gone viral, being viewed by almost 600,000 people and shared on social media from Wales to Australia.

As Kemo has still not been found the family now fear someone may have stolen him.

Sofia said: “I can totally understand why someone would want to have him because he is just a big bundle of joy but he’s not anyone else’s to have.”

He is chipped, and had a brown collar on with a tracker at the time he went missing.