A family were left stunned by the arrival of NINE St Bernard puppies after their pet found love with a rescue dog.

Owner Sue Medland, 54, said the huge litter came as a total shock after her after two-year-old St Bernard Amber succumbed to the advances of rescue Spanish mastiff Aston.

She said said her household in St Helier, Jersey, had been transformed by what she affectionately described as a ‘pack of young hooligans’. 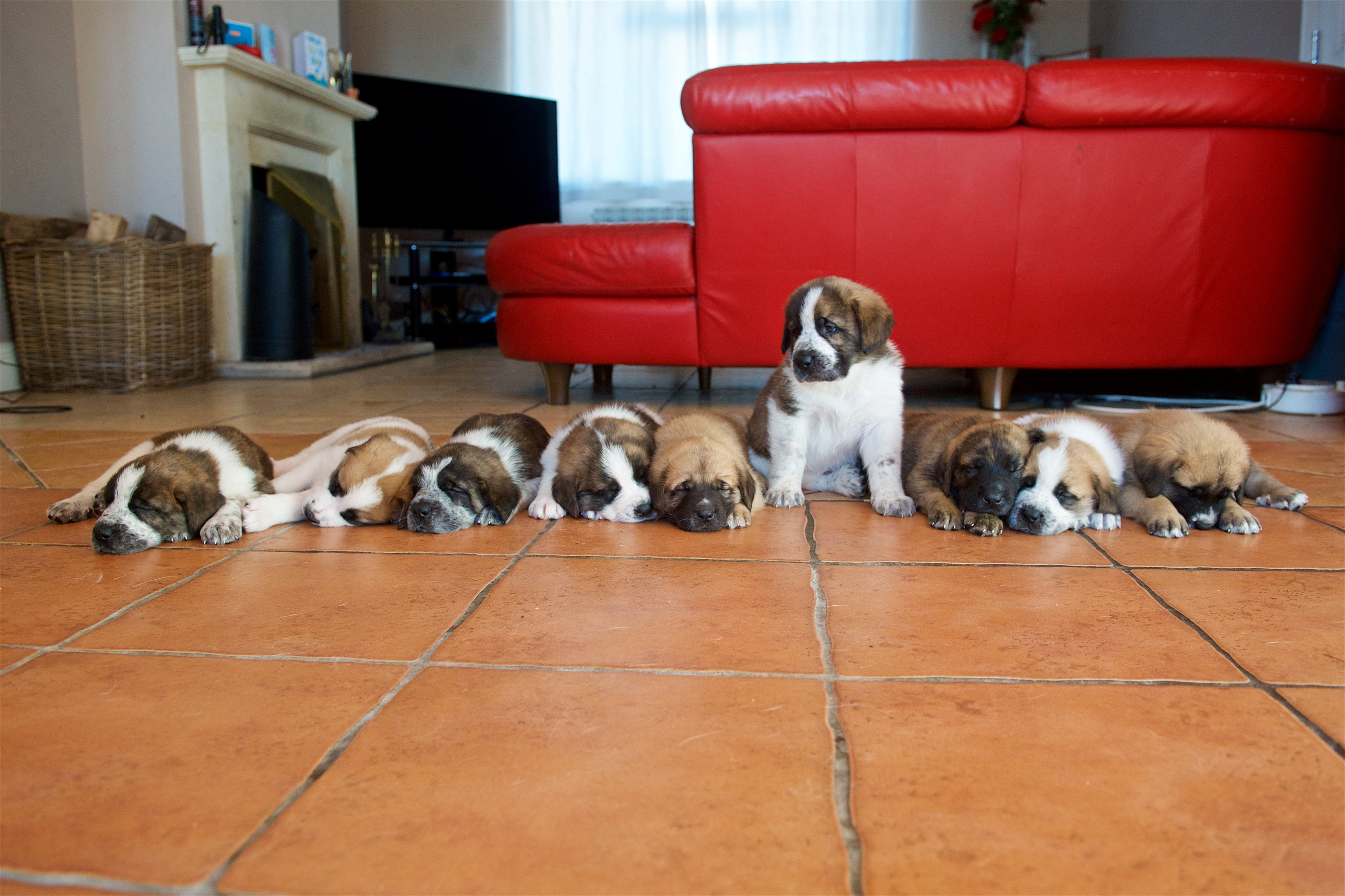 The puppies are now five weeks old and Mrs Medland said she was starting to think about rehoming them.

She said: “We are managing for now, as we have a large garden, but we are looking to rehome all of the puppies.

“Since they are so young, we have not yet pushed for homes for them, but I do already have people waiting to come and see them. And I will also want to see if they are suitable owners.

“These are big dogs, and you need to have the space for them.” 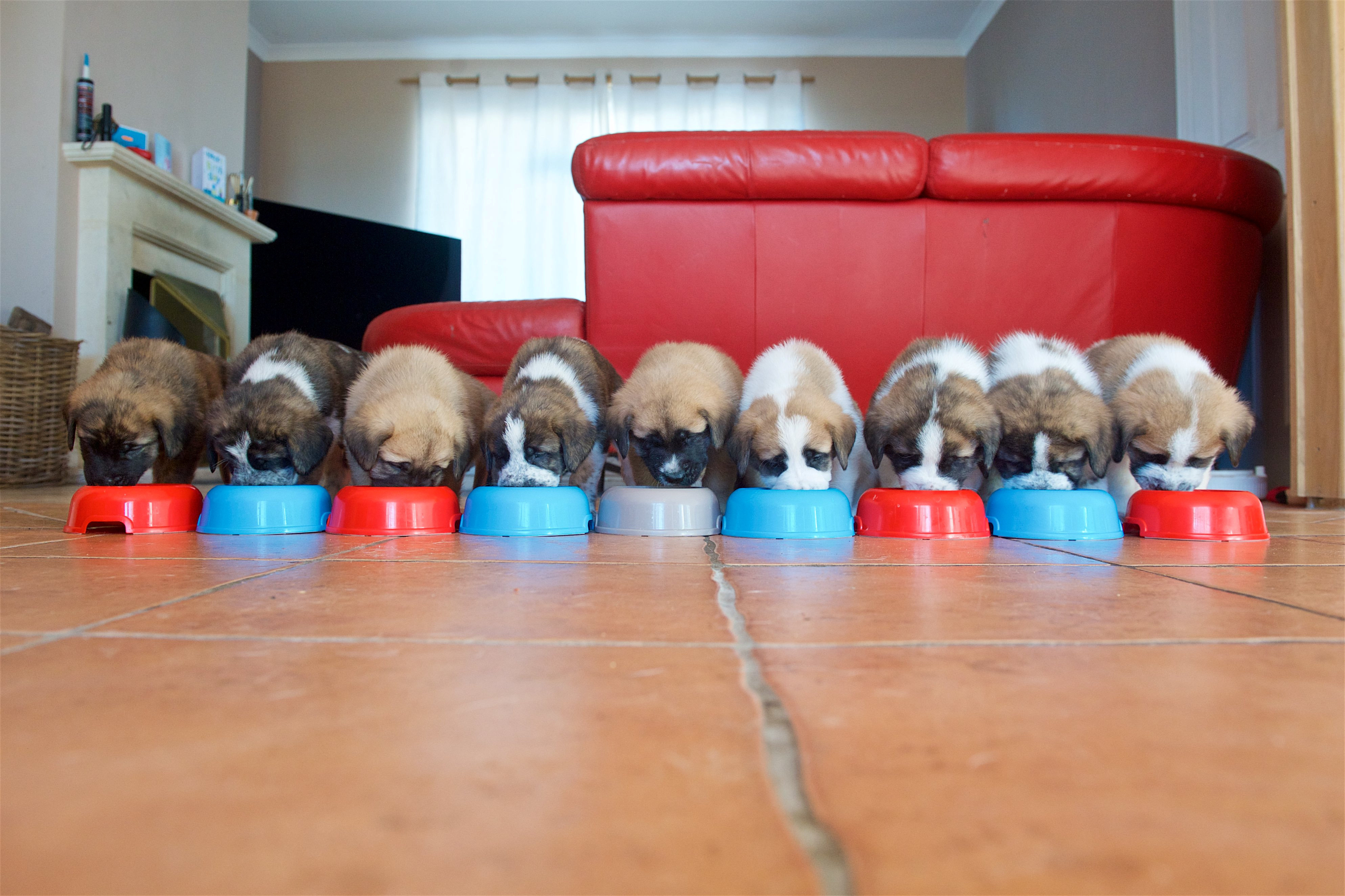 Both Mrs Medland and her husband work full-time, meaning that they have to rely on a ‘puppy camera’ during the day.

She added: “We have a puppy camera set up in the house now, so that my husband, my son and myself can keep an eye on them during the day.

“My husband and I each took a week off work when Amber had the pups, and I slept downstairs with her for the week before she gave birth and the week after.

Feeding has also become a round-the-clock endeavour, as the Medlands help to support Amber in providing for the hungry puppies.

Mrs Medland added: “We feed them at around half past five in the morning, again at lunch, after work, around ten in the evening, and sometimes even in the middle of the night.”

Anyone who is interested in potentially providing a home for one of them should email Mrs Medland on larivage@yahoo.co.uk.