Excuse my French, but…Sacrebleu! Farewell Olympus, a new novel set in Paris, is laugh-out-loud escapism at its British best

There’s something really rather charming about watching the average Briton (and by ‘Briton’, I clearly mean ‘British man’) trying to converse in a foreign language. French happens to be a personal favourite. From Del Boy’s “Pot Pourri” – I don’t believe it, Rodney! – to the author Tony Hawks’ fruitless attempt to swear whilst in the Pyrenees:

“Batard!” says he in his best French lingo.

“What does that mean?”, asks his friend, clearly confused by the accent.

“It’s French for someone who’s born just outside of a Cornish village”, Hawks explains.

Farewell Olympus by the British novelist Jack Messenger boasts the same fish-out-of-water humour that I – we, the Brits – love and embrace. Drawing on his own experiences of living as a ‘Brit abroad’ in a small French town, Messenger sets his outstanding debut novel in the City of Lovers (that’s Paris to you and me) where he takes us on a laugh-out-loud espionage romp with chief protagonist, Howard, a loveable but thoroughly naive British writer. 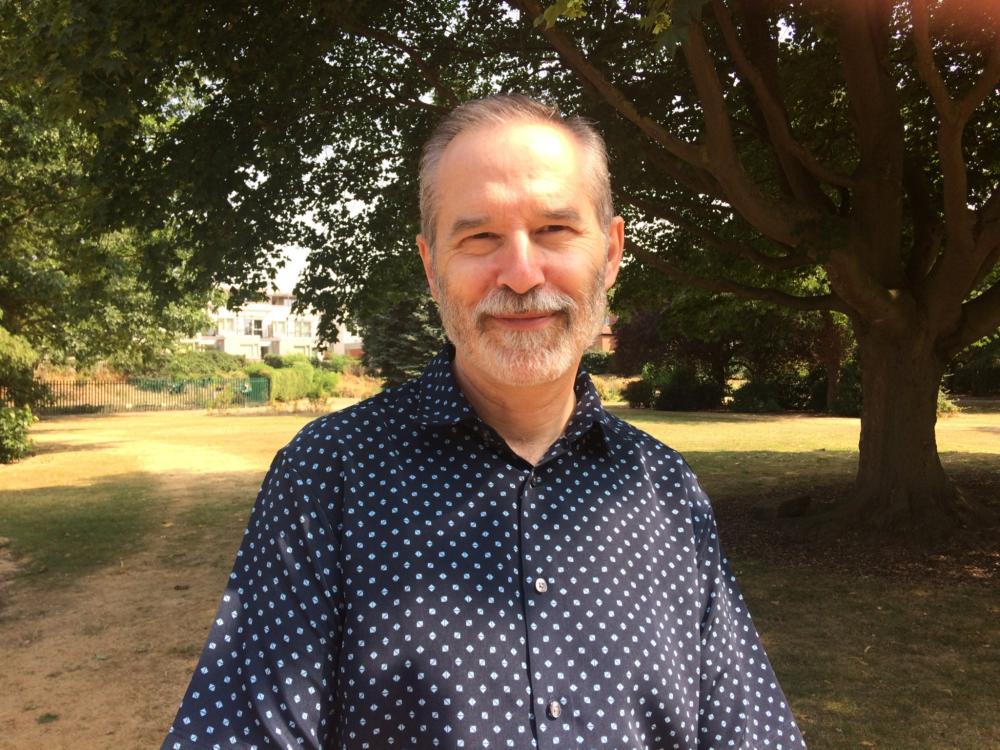 Howard is a semi-successful writer working on yet another unfinished novel. He’s living the life of borrowed luxury by house-sitting the grand home of a mysterious man called Serge, a Cambridge-educated Frenchman whose ostentatious lifestyle and appearance – “tanned like a reptile with a lot of gold chains around his neck” – are at odds with his cultured  background.

He’s also head-over-heels in love with his beautiful and enigmatic girlfriend, Delphine. For a writer, nothing – nowhere – could be more perfect.

But Howard’s calm and orderly life is thrown into dangerous chaos when the past indiscretions of his older half-brother Eugene (Howard is keen to stress the ‘half’) – a clandestine photographer who will only say he was “employed in a semi-official capacity” in Cuba – comes crashing into the present.

Sibling rivalry and career envy all come to the fore as the (half) brothers dodge hitmen on the hunt for Eugene around Paris.

Worse, Howard must contend with the most unpleasant adversary known to man: writer’s block.

With many a humorous nod to the failures and fragility of a freelance writer’s life – ‘I don’t like to enter into too much detail about unfinished projects, especially when it’s likely they’ll remain unfinished’ – the book will no doubt appeal to fans of good fiction and the writing community alike.

The brothers’ verbal sparring is hilarious, and even as the events of the book become increasingly dramatic – violent kidnappings, mistaken identities, shady assignations and ‘secret chambers’ – the sibling rivalry never lets up.

This is a book in which nothing is quite as it seems, and nobody is to be trusted. Howard himself is something of an unreliable narrator – keen to cast himself as both victim and hero, and to cast his half-brother as a rotten, double-crossing, compulsive liar. Howard’s tendency to put the women in his life on a pedestal means that readers are left guessing as to Delphine and Celeste’s true colours and intentions.

Eugene himself is no angel and puts Delphine’s fidelity to the test through his frequent, less-than-subtle advances. Howard, meanwhile, finds himself increasingly drawn to Delphine’s equally beautiful friend, Celeste.

With more than a few red herrings, Farewell Olympus offers a fast-moving and deftly plotted storyline whose more outrageous moments are offset by the brothers’ constant bickering and snappy one-liners. It’s an intelligent and razor-sharp farce by an author’s author.

What’s more, Farewell Olympus embraces the stereotypes we all (secretly) adore: ‘‘French people you’ll meet might come across much like yourself: arrogant and overbearing. Beneath that surface layer, however, they’re fundamentally insecure and uncertain.”

Farewell Olympus by Jack Messenger is out now on Amazon UK through Greyhound Press, priced £8.99 in paperback and £3.99 as an ebook. Visit https://jackmessenger.co.uk/