by Shanti Das
in Celebrity, News
0

Exclusive footage appears to show pregnant Khloe Kardashian's boyfriend Tristan Thompson getting intimate with a mystery brunette on a night out.

Exclusive footage appears to show pregnant Khloe Kardashian’s boyfriend Tristan Thompson getting up close and personal with a mystery brunette on a night out.

The Canadian basketball player was reportedly spotted locking lips with the woman at PH-D Lounge, an upscale rooftop bar in New York on Saturday (Apr 7).

Videos filmed by a fellow reveler appear to show Thompson, 27, who is expecting a baby with reality star Khloé Kardashian, 33, leaning in for a kiss.

The unidentified woman, who has long, straight, brunette hair and bright red nails, drapes an arm around the sportsman’s shoulder.

The pair chat intently before she tilts her head to the side and, shielded by the baggy white hood of Thompson’s sweater, they appear to share a kiss.

Other videos show Thompson chatting with pals and dancing to music at PH-D’s Sunset Saturdays event, in which guests enjoy views over the city as dark falls.

According to a woman sat on the table opposite Thompson, he and his group of around 10 pals were at the downtown Manhattan bar from around 7.30pm until 9.30pm.

He was later seen entering the Four Seasons hotel with the female pal, who was dressed in leggings and a baseball cap, at 5am.

The Cleveland Cavaliers center forward was in town for his team’s game against the New York Knicks on Monday at Madison Square Garden, which they won 123-109. 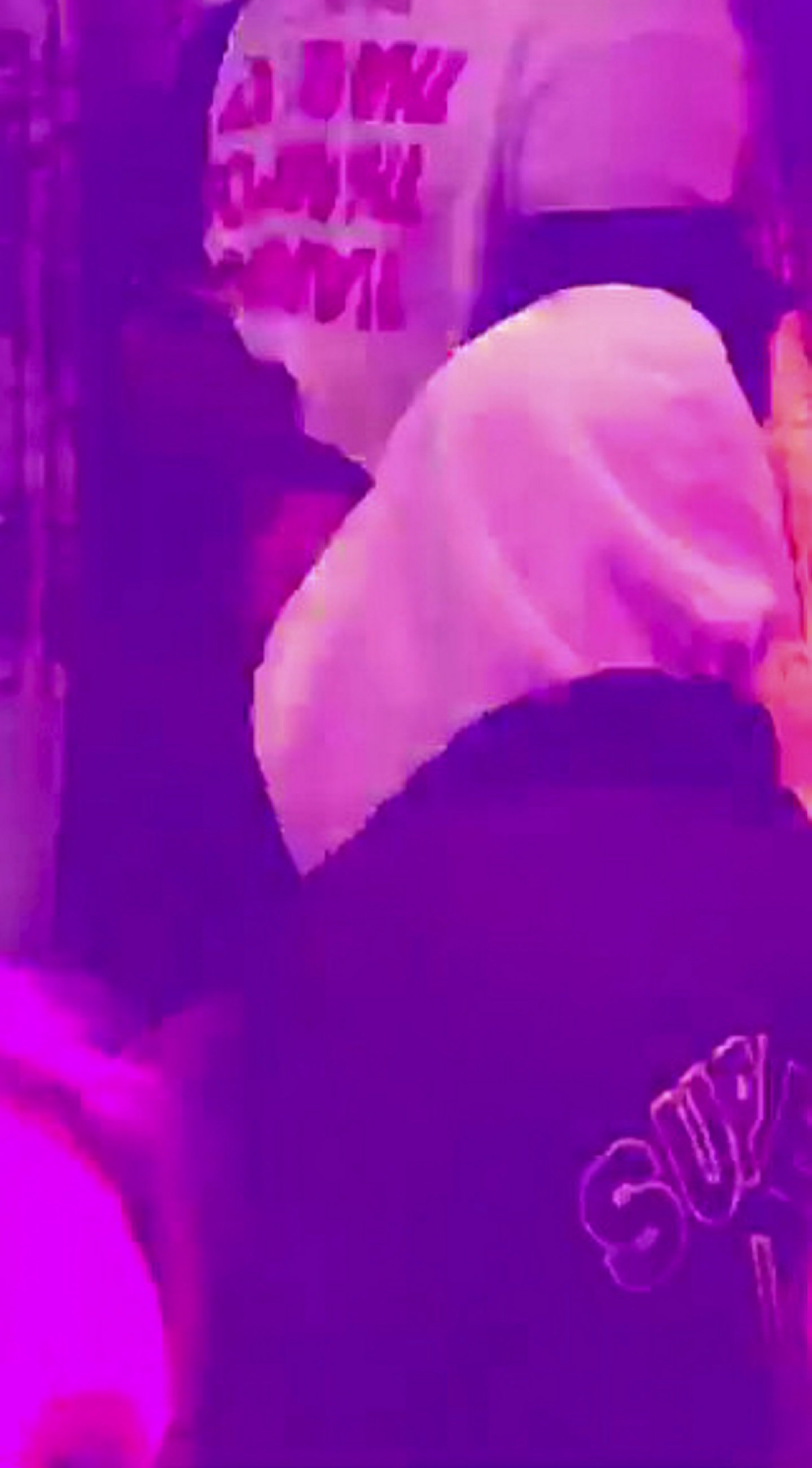 The team were staying at the Four Seasons while they were in town for the game.

Thompson and Khloé have been dating since 2016 and in December, announced her pregnancy news by sharing a snap of her bare baby bump.

At the end of February the Kardashian sister revealed she was eight months along, meaning she is set to give birth any day now.

The woman who filmed the clips said: “I was there and he was on the table right next to us with a group of friends and some girl who he was obviously making out with all night.

“They were holding each other and it was so obvious.

“They were there when I got there and they were part of a big group of friends.

“They were talking and being around each other all night. He was texting and talking on the phone and she was obviously looking over his shoulder.

“Everybody knew who he was. We talked about it and everybody watched them make out several times.

“I have obviously seen him before and people around me were like, ‘That’s Tristan Thompson.’ I have seen him on TV.

“I know how he looks like and people were trying to take selfies with him but he didn’t let them.

“He wasn’t wearing anything on his head but he later pulled his shirt and tried to hide, but at the start it was was obviously him. 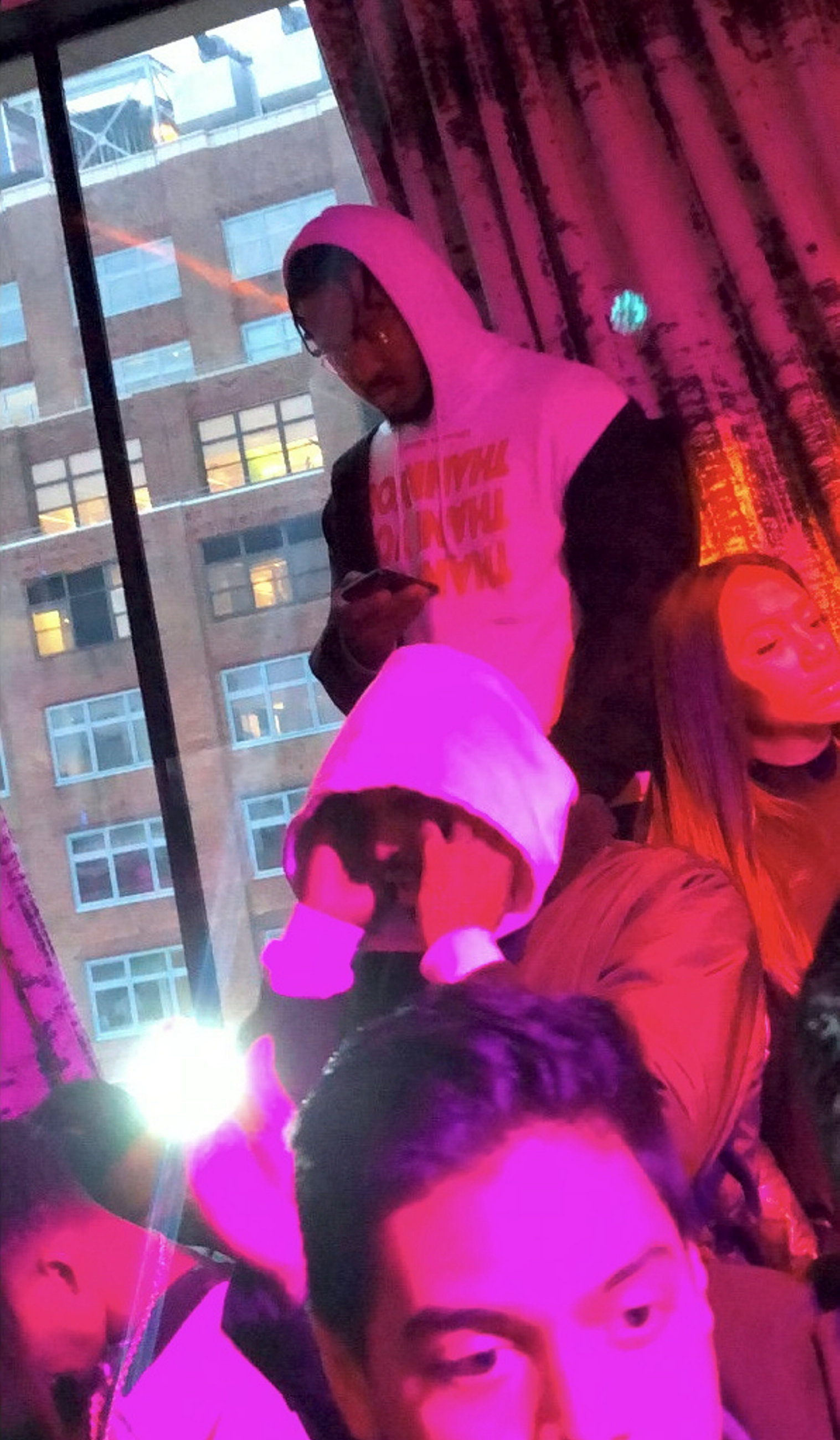 “I don’t know who the girl was but I took a picture of her looking over his shoulder.”

The source, who wishes to remain anonymous, added: “I love the Kardashians and I think it’s devastating. I really did believe he was a good guy.

“I feel so bad for Khloé now because she is pregnant and I want her to know but at the same time I don’t.

“I don’t think their fans will like what they see.”

Customer left cheesed off after ordering £13 baked Camembert at restaurant – only to be served £1.15 Asda own brand still in the WRAPPER