A Big Issue seller who spent £30 on a contactless card machine has seen his sales soar – and paid off the investment in a day.

Robin Fabian, 50, has been selling copies of the magazine for seven years on his patch close to the University of Bristol.

But he was struggling to shift copies because so few of his potential customers carried cash.

In a bid to overcome this issue, Robin invested in a £30 contactless card machine – and suddenly noticed a dramatic rise in sales.

Within a single day of trading, the handheld card reader device had paid for itself.

Robin said: “I like my pitch. It’s in an affluent area and the magazine seems especially popular with students from the university.

“My customers are great.

“They’re really nice people, and I just want to thank all of them.

“People look out for me – they bring me things like cheese and eggs, and offer to get me a drink. It means a lot.”

He added: “Just before Christmas I invested in a credit card reader, which paid for itself after the first day.

“I reckon since then I’ve sold about 200 extra issues by having that on me, although I have to hold it on top of my issues so people can see that I have it.

“I think I’m the only vendor in the area who has one, which gives me a bit of an edge over the others.” 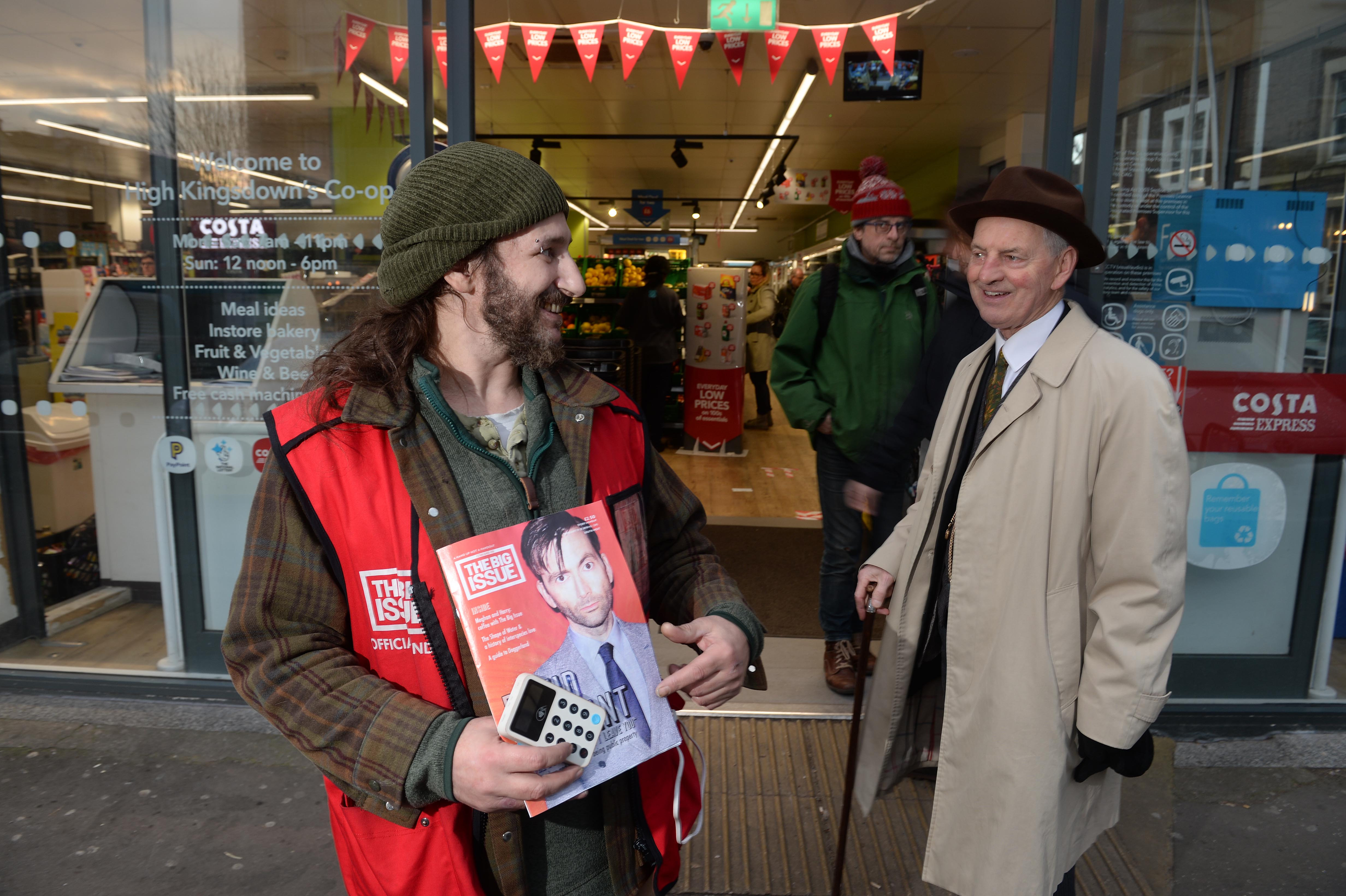 Originally from London, Robin arrived in Bristol in 2007 after living in Germany with his wife and two children.

He said that when he first returned to the UK he was living in squats and sleeping on friends’ sofas, while struggling with an addiction to opiates.

He became hooked on the drugs after hurting his leg in an accident, but managed to overcome his addiction after enrolling on a drug rehabilitation course in Bristol.

Robin said: “I love travelling and sampling other cultures, so in the future I’d like to build myself a house bus and travel around the whole of Europe.

“I eventually want to live a very independent life, completely off the grid – maybe have a farm somewhere like Bulgaria, where property is a lot cheaper.”