This is the emotional moment a woman told her soldier husband they were expecting a baby weeks before he was due to be deployed to Afghanistan.

This is the emotional moment a woman told her soldier husband they were expecting a baby weeks before he was due to be deployed to Afghanistan.

Lindsey Brown, 24, and her husband Ben Brown, 25, were heartbroken when she suffered a miscarriage in February 2017.

The couple feared they would be able to conceive again before Ben, a First Lieutenant in the US Army, was deployed to the Middle East for up to a year.

Although she was upset that their plans to start a family were put on hold, Lindsey arranged for some pictures to be taken with her husband before his departure.

Much to her surprise, Lindsey, from Pittsburgh, Pennsylvania, discovered she was pregnant two days before the photoshoot.

Heartwarming photos taken in August 2017 capture the precious moment Lindsey revealed the news to Ben just two weeks before the soldier was deployed.

Lindsey said: “When we found out Ben was getting deployed, we didn’t think we would have a chance to try again before he left.

“He was going to Afghanistan for nine months to a year.

“I thought our plan to have kids was going to be put on hold.

“Before he left I decided it would be nice to get some pictures taken of us together, but a few days before the shoot I took a test and I found out I was pregnant.

“I emailed the photographer and I decided it would be really sweet to capture the moment I told him.

“We went up to Beach Lake and took some of the usual photos. We were living in Alaska because Ben was stationed at the base in Fort Richardson.

“The photographer, Melissa, she does this sometimes with couples, she gave us both little white boards and asked us to write three things we love about each other, but on mine I just wrote: ‘We’re having a baby’.

“Ben really had no idea. It was awesome to see his reaction and to have those pictures forever.” 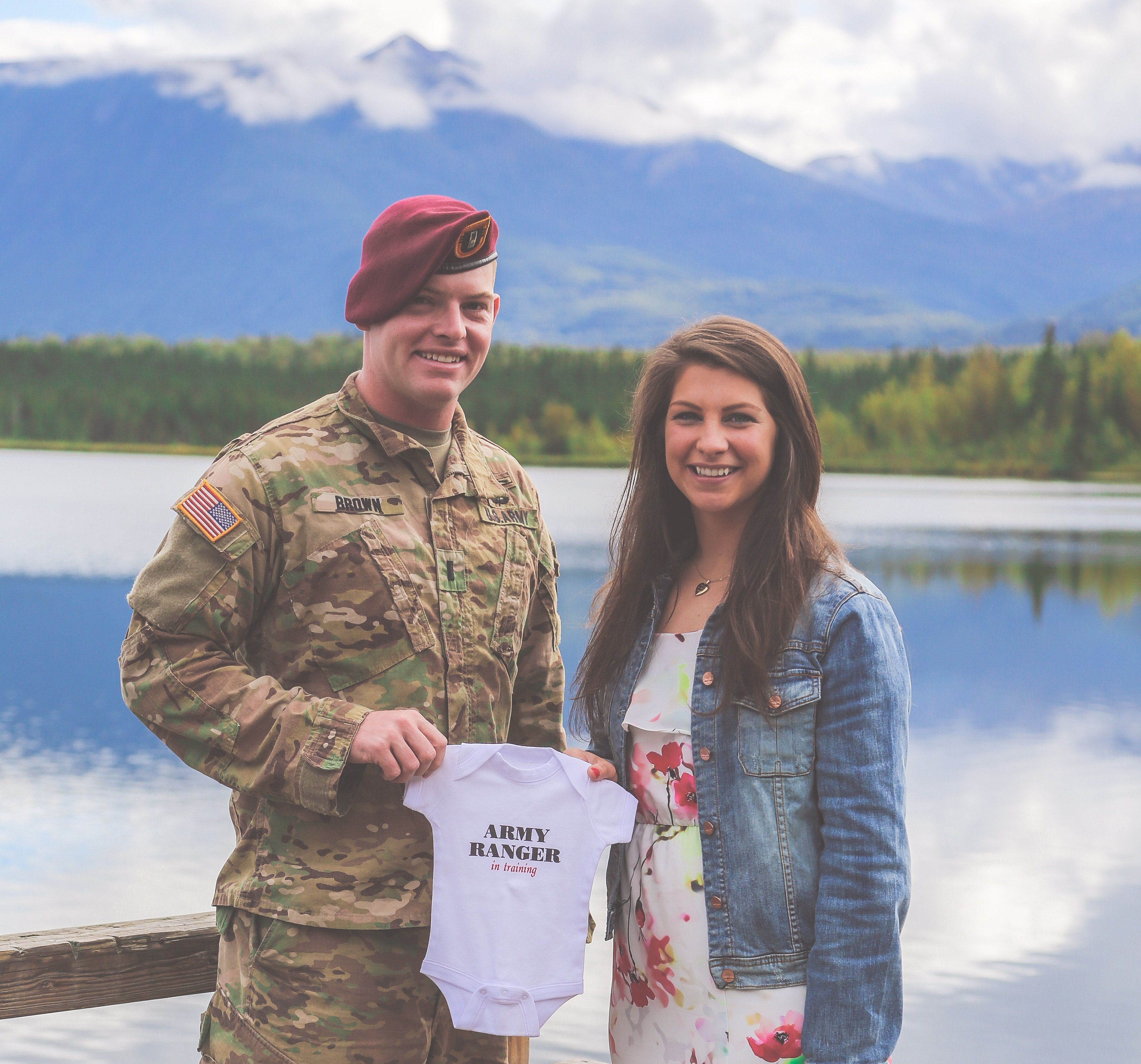 Lindsey is now seven months pregnant with the couple’s first child – a baby girl due in April.

The mom-to-be has moved from Eagle River, Alaska, where Ben had been based to her hometown of Pittsburgh for the duration of her pregnancy.

Although it’s been difficult to be away from her husband during her pregnancy, Ben has been kept up to date through video chat.

“It’s hard to be away from each other, but video chat has helped a lot.

“I’ve had sonograms and Ben’s been able to be there – for example, he was on the line when we found out I was having a girl.

“We’re hoping he will be home about two weeks before my due date – it seems really promising.

“But while he’s been away, I’ve had such great support from my family.”