Honey Ball and her brother Tom watch as a bat flies around their home.

An eight-year-old girl needed an emergency rabies injection after she was bitten by a BAT which flew into her home.

Honey Ball was in her kitchen when the winged animal flapped into through the patio and sank its teeth into her finger.

Animal lover Honey ushered the animal outside using a tea towel and her mum took her to hospital and then her GP.

But she was astonished when medics said she was at risk of rabies – and has had to have a series of vaccinations to prevent the deadly virus taking hold.

Her mum Amanda, 38, has spoken out in a bid to make more parents aware of the dangers of bats.

She said: “I had never, ever heard of getting rabies from a bat and obviously if I had known I would never have called her in to see the bat or let her help to free it.

“They didn’t know if she had rabies or not – they couldn’t rule it out.

“Once the rabies virus takes hold it’s too late.

“You just don’t think of them as being dangerous.

“All you hear about them is them being protected and that’s great, but I think people should be made more aware.

“While you could barely see the bite, the injections were very painful and she had a sore arm for some time.

“I think awareness needs to be raised about the dangers of bat bites in the UK.

“We have rescued animals and lived in rural properties all our lives with bats occupying the roof space, but never knew that rabies was a risk in this country.”

Honey’s brother Tom, ten, was in the kitchen in their rural home in Billingsley, Shropshire, when the bat flew in, on April 20.

He called in his mum Amanda, and his sister, and they watched it fly around the ceiling for around 20 minutes, expecting it would leave on its own.

But when it showed no sign of disappearing, they searched online for advice, which suggesting using a tea towel to cover it an then taking it outside. 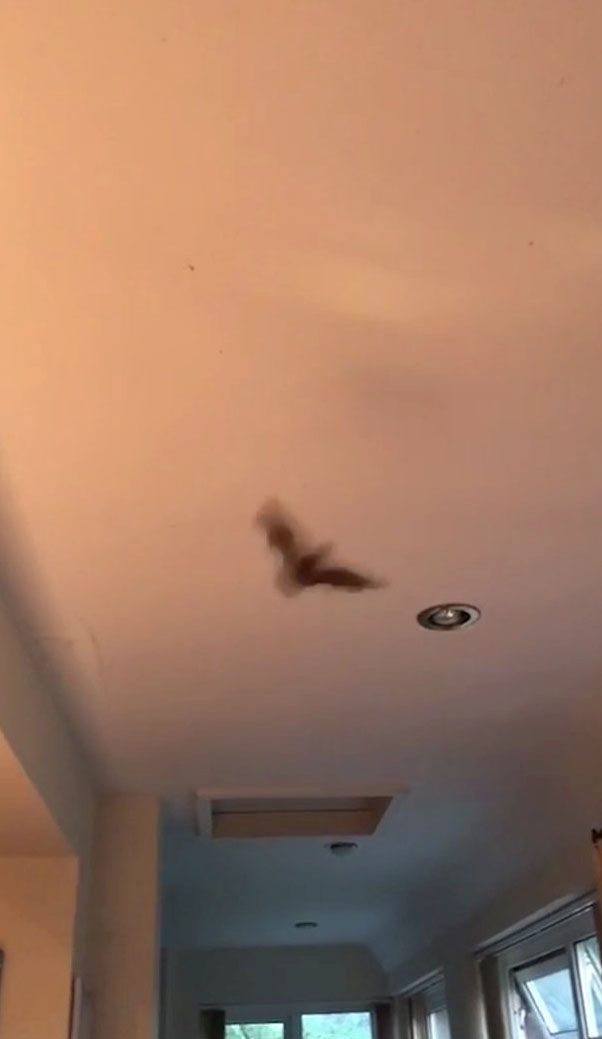 Honey, who loves animals, tried to scoop up the creature using the towel, but the bat climbed out from under the cover and onto her hand, before it bit her.

“She yelped, and we knew it had bit her, but she still helped it outside,” said Amanda, who runs a donkey rescue charity.

She got Honey to wash her hands, put some antiseptic cream on it, before calling 111, where call handlers said she should go to hospital.

She claims hospital medics said “it would be fine” and sent her home, but she contacted the Bat Conservation Trust ‘bat line’, which opened three days after the bite.

They responded with a fact sheet which said to go to her GP immediately, and they got an emergency appointment.

The family were warned Honey was at risk of catching rabies from the bite.

“The bat people said to go see our GP straight away after the bite,” said Amanda.

“While I know the risk was small, and it would be very rare for rabies to be an issue, I wish I had known before about the dangers.”

Honey has had five injections in her arm and leg – and has two more booked in with her GP in the future – to ensure she will be protected.

“She’s ok now, but her arm has become quite swollen,” added Amanda.

“She’s grinning and bearing it.”