This shocking footage shows a British diver swimming through swathes of plastic rubbish off the coast of Bali.

Richard Horner, 45, captured the dramatic images to highlight the ongoing threat of ocean pollution across the globe.

He filmed himself swimming through the deluge of wrappers and bags alongside sea life off the picturesque Indonesian coast of Manta Point Bay on Saturday (3/3).

Yesterday (Tue) Richard, a former mechanical design engineer from East Sussex, said he had never seen ocean pollution on such a scale before. 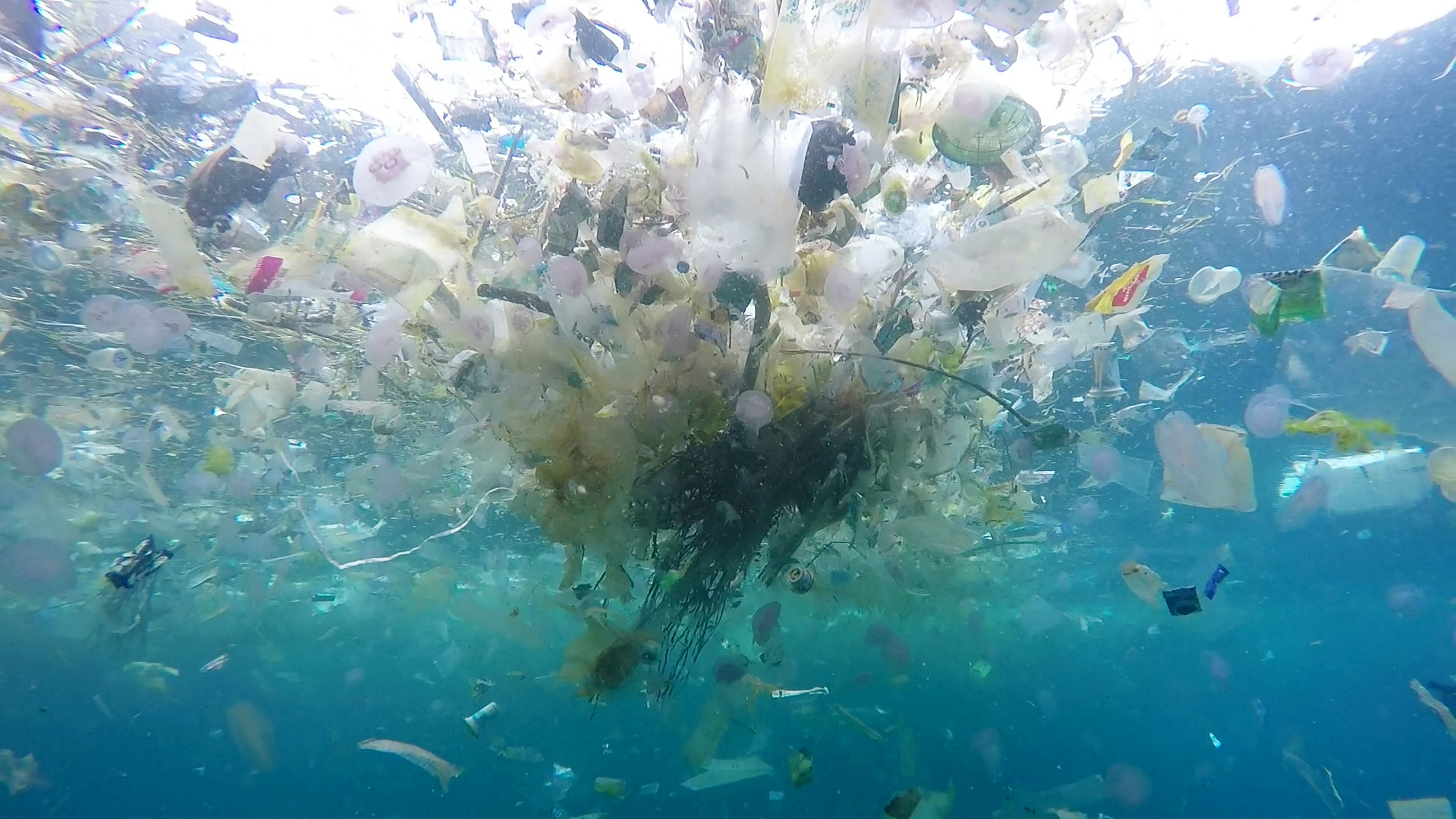 He added: “I’ve been living and diving in Bali for five years.

“But I have been coming here for diving for more than ten years. It’s an amazing place and much quieter than mainland Bali, which is quite chaotic.

“What we saw in Manta Point was much worse that anything I’ve seen before,we’ve seen mantas actively avoiding the plastic entering their mouths and sometimes spitting it out 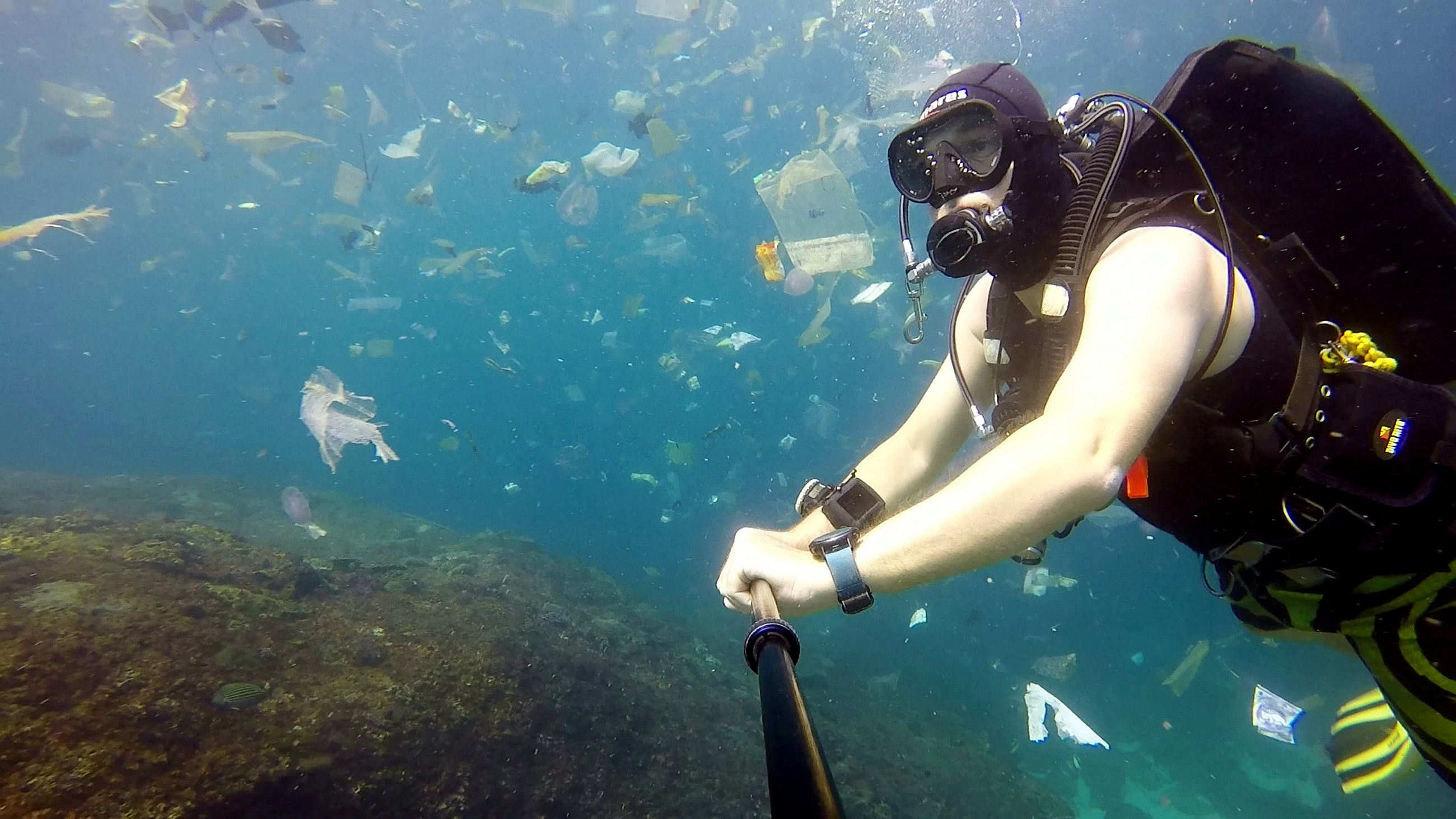 “I posted the video because it was much, much worse than usual.

“As our waters are dominated by the Indonesian through-flow, plastic is passing very regularly in the wet season.

“We don’t know much about the impact on the mantas yet, but especially as the plastic breaks up into microplastics, it will be eaten by a lot of fish and filter feeders, mantas, whale sharks and whales.

“The plastic come mostly from rivers here in Indonesia we think – the rivers are used as a dumping ground.

“There are two obvious issues we see: The people don’t have the education like we’ve had, when I was growing up. 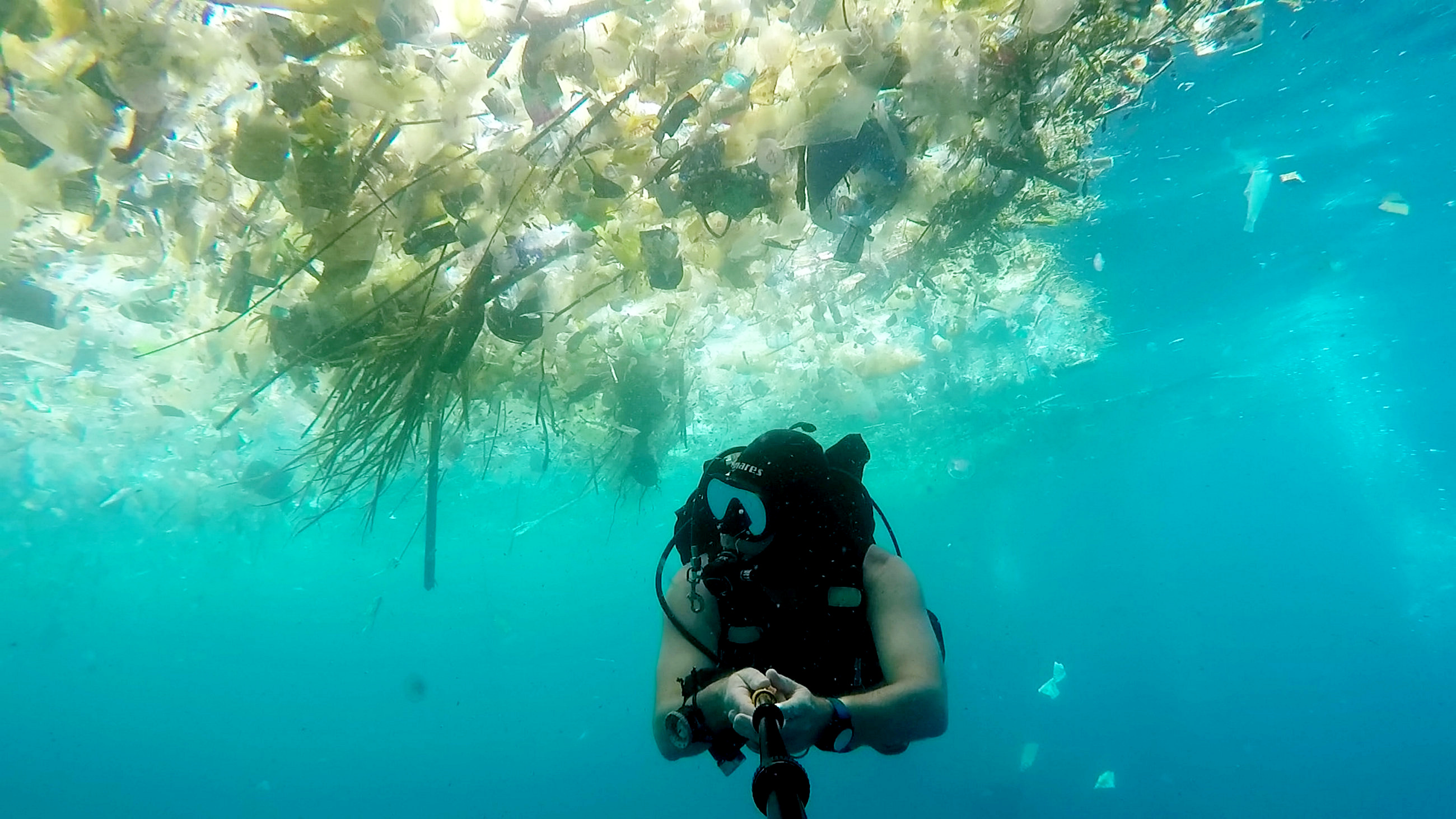 “The ‘Keep Britain Tidy’ campaigns brainwashed us very successfully into not dropping litter, they haven’t had that here yet.

“Hopefully they will, it would be a very cheap start to dealing with it.

Former diving instructor Richard uploaded the video to social media where it has been shared over 16,000 times.

Officials previously declared a “garbage emergency” after a long stretch of coast was covered in plastic that was brought in by the tide.