This is the hair-raising moment a stylist set his client’s locks on FIRE – to banish split ends.

After letting the strands burn for a few seconds, he combs it through to make the burnt ends fall to the floor.

The dramatic technique was performed on model Madeleine Sciarra and captured in a viral clip watched around 20 million times on social media.

Online critics slammed the stunt as “stupid” and “dumb”, and one remarked: “Scissors work too.”

The stylist, who works in Hollywood and Santa Monica, California, USA, said: “If you have ever cut a piece of thread with scissors, it frays.

“If you cut a piece of hair with blunt scissors it causes breakage and more split ends. It’s the same concept. Setting the hair on fire seals these ends and bonds it together.

“When the hair doesn’t split it keeps all the moisture inside.”

The hairdresser of 30 years said he rubbed anti-burn protective cream on Madeleine’s neck and ears in preparation for the extreme stunt.

He then wet the hair and laid out towels around the chair, “just in case the fire escapes”.

“People are shocked when they see the video because it is pretty graphic”, he added

“Did I go aggressive? I did. But it was an under control situation. You have to have an accelerant so it burns where you want it to burn.

“There is also a bucket of water nearby. I did it with a normal lighter – I lit it and it went up.
I felt very comfortable. It was my space and my energy.

“It’s not scary for me because I can watch the burn, but it’s going to be scary if the fire escapes and goes away from me.

“It creates quite an offensive smell for the first few seconds but I grew up in a beauty salon.

“The model was absolutely happy with it. Now everyone is requesting it.”

JR says he first saw fire haircuts as a child in the Philippines and heard about one being used to get rid of lice from a schoolgirl’s hair. 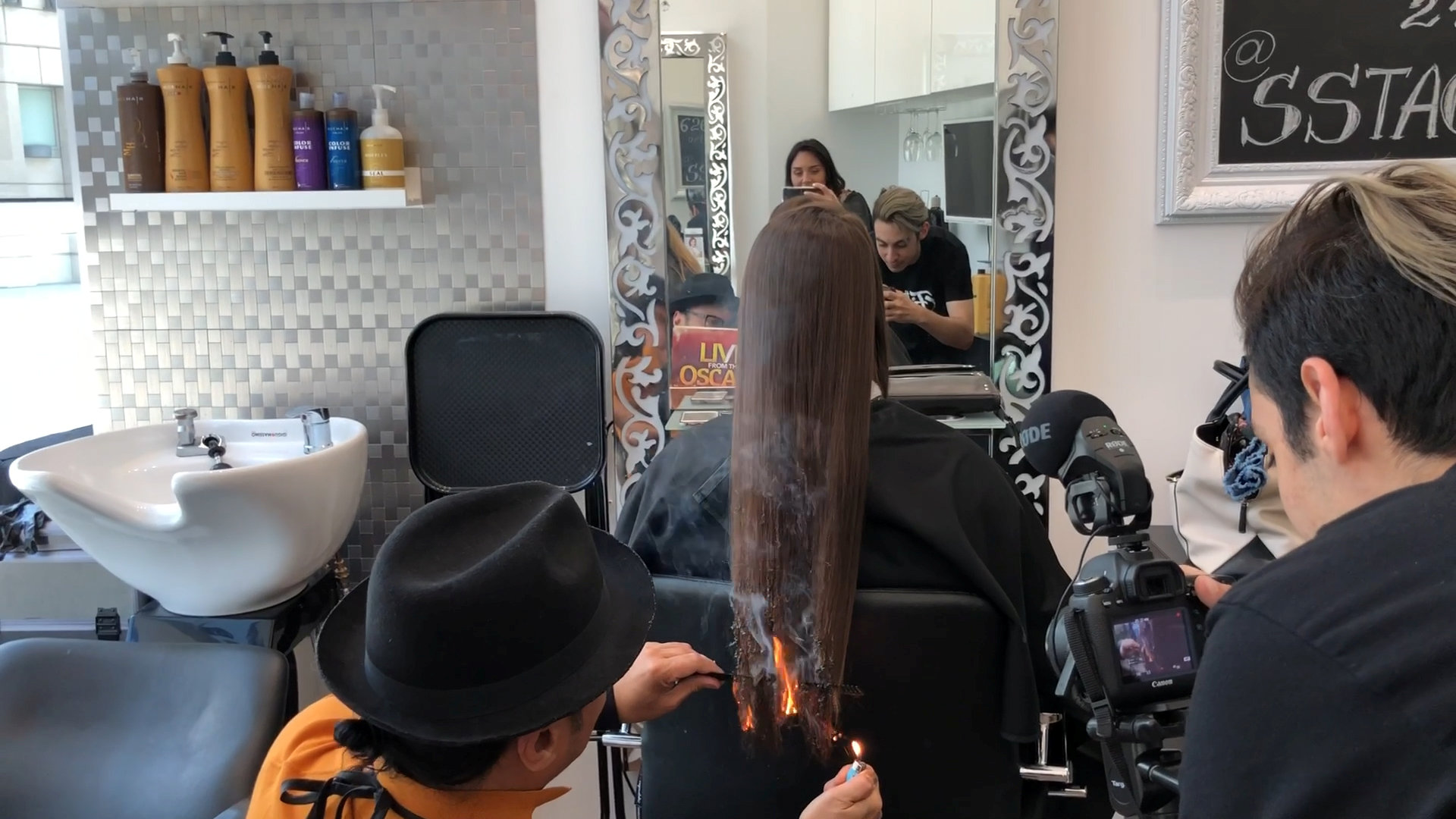 He added: “I’m not the first one to introduce it to the world but maybe I will be the one that brings it back.

“It’s a dangerous art form, but I have seen people do much more damage with a pair of scissors or curling irons.”

A video of the fire cut, filmed Saied Ashor and performed as part of a promotional campaign for Moehair, has gone viral since it was shared on Instagram.

Sonia Longoria, president of the American-based haircare company, said they are excited that the hair artistry technique is making a comeback.

She said they filmed it to showcase “unique, fashionable and foreign traditional ways of doing hair”.

Forex and the news: A year in focus

Forex and the news: A year in focus