Todd Scanlon, who has Down's syndrome works as a part-time scaffolder for Coles Scaffolding in Swindon.

A Down’s Syndrome lad is living his ‘dream’ after a kind-hearted building firm took him on – as an apprentice scaffolder.

Todd Scanlon, 29, has been employed on a permanent, part-time basis by Coles Scaffolding Contractors Ltd., working for them two full days-a-week.

Todd had “begged” scaffold company owner Martyn Coles, 35, for a job for the last two years.

And Martyn, who has run the scaffolding company, based in Swindon, Wilts., for the last five years, has said Todd’s disability is not holding him back.

Todd loves his job, carrying out every task he is asked to do with focus and a smile, and cracking jokes with his colleagues.

Todd said: “I like all of it except the heights. I like being at the bottom of the scaffolding best. It can be a bit scary going up high, because it can be shaky.

Todd, from Swindon, Wilts., joins the other five members of the team on Mondays and Wednesdays.

He is kitted up the same as everyone else, helping to assemble the scaffolding and make sure it is safe and level.

Martyn says the company has now adopted the slogan ‘No Stigma’, to show that Todd’s disability should not hold him back from having the same opportunity as others.

He said: “We just want to show that he can do it. Everyone is entitled to work.

“It doesn’t matter if you have a disability, or you come from a broken home, or whatever. I’m more than willing to give everyone a chance.

“If you know him, you’ll know that he loves what he does. Anything you ask him to do, he’ll do it.

“Todd does all the same tasks as us. He’ll get the tools ready to be loaded onto the van, and he’ll bring all the fittings out from the van at each site.

“He does a lot. So far, there hasn’t been any limits to what he can help with – and I don’t think there are going to be any.” 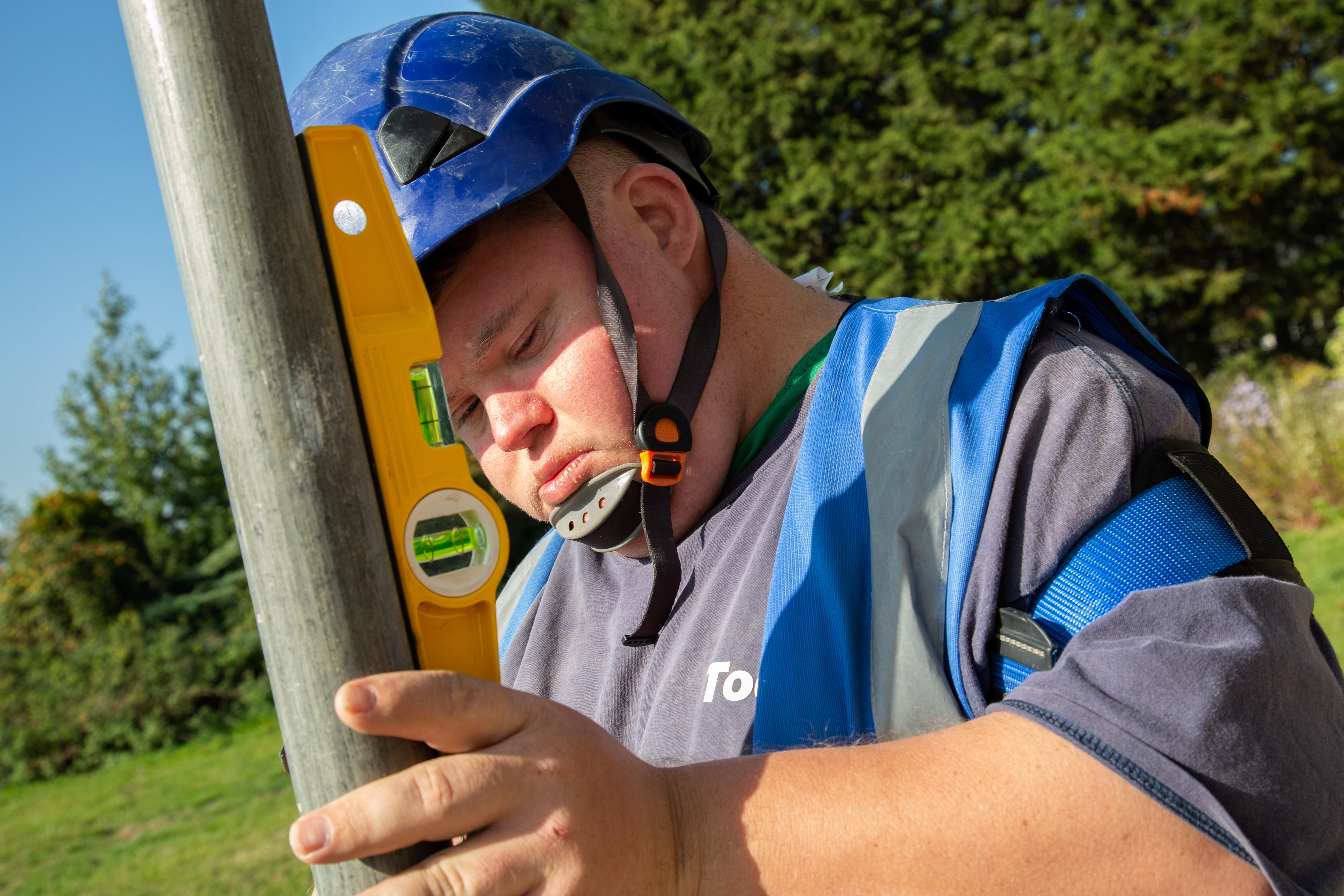 Martyn, who is a close friend of Todd’s family and goes on holiday with them every year, added: “He’s been begging me for a job for a long, long time.

“About three months ago we started taking him on for a few shifts here and there, just to see how he got on with it.

“And as of October 1, we’ve now taken him onto our books two days a week.

“He’ll do whatever we ask of him and he gets on really well with the other guys – and he’ll also have a dance as soon as we put the radio on in the background while we work!”

Martyn added that he is now working with the Construction Industry Training Board (CIBT), who organise all his company’s apprenticeships, to train Todd up properly, and get him his Level 2 NVQ scaffolding qualification.

Todd has even been nominated for the Swindon Advertiser’s Wiltshire Community Pride Awards, and has been shortlisted as a finalist, with the ceremony taking place on October 26.