A burglar trying to rob an OAP got more than he bargained for – after being attacked by her faithful hound.

Brave pooch Axel leapt to the aid of his 86-year-old owner Joyce Ackerley after she was hit over the head with a wooden stick.

The crook then entered her garden but the four-year-old Akita and German Shepherd-cross challenged him and knocked him to the ground before biting his arm.

Adding: “What he [the burglar] did to me I don’t want him to do to any other older person – if Axel hadn’t been there anything could have happened.”

Joyce, who has lived at the property over four decades, had been doing some spring cleaning in her back garden in Bolton, Grtr Mancs., when the man approached her on March 13 this year.

However, when she opened the gate to find out what he wanted he hit her with a wooden stick and knocked her to the ground.

Axel then quickly jumped up at the attacker and bit him on the arm – making the crook run away.

The heroic pooch has been with the family for around three years after Joyce adopted it.

She explained that she had initially called her pet “destroyer” because of his aggressive attitude – but that he had since calmed down and follows her everywhere.

Retired dress-maker Joyce added: “Axel is a member of the family, he’s usually a big softie and he even sleeps in my bedroom.

It is the second time the animal has saved the pensioner after it came to her aid when she was attacked by another dog near her home.

Greater Manchester Police are now appealing for more information on the assailant, who is described as white, 5ft 5in tall and around 25-years-old.

He also has a dragon’s tail tattoo stretching from his left forearm to finger. 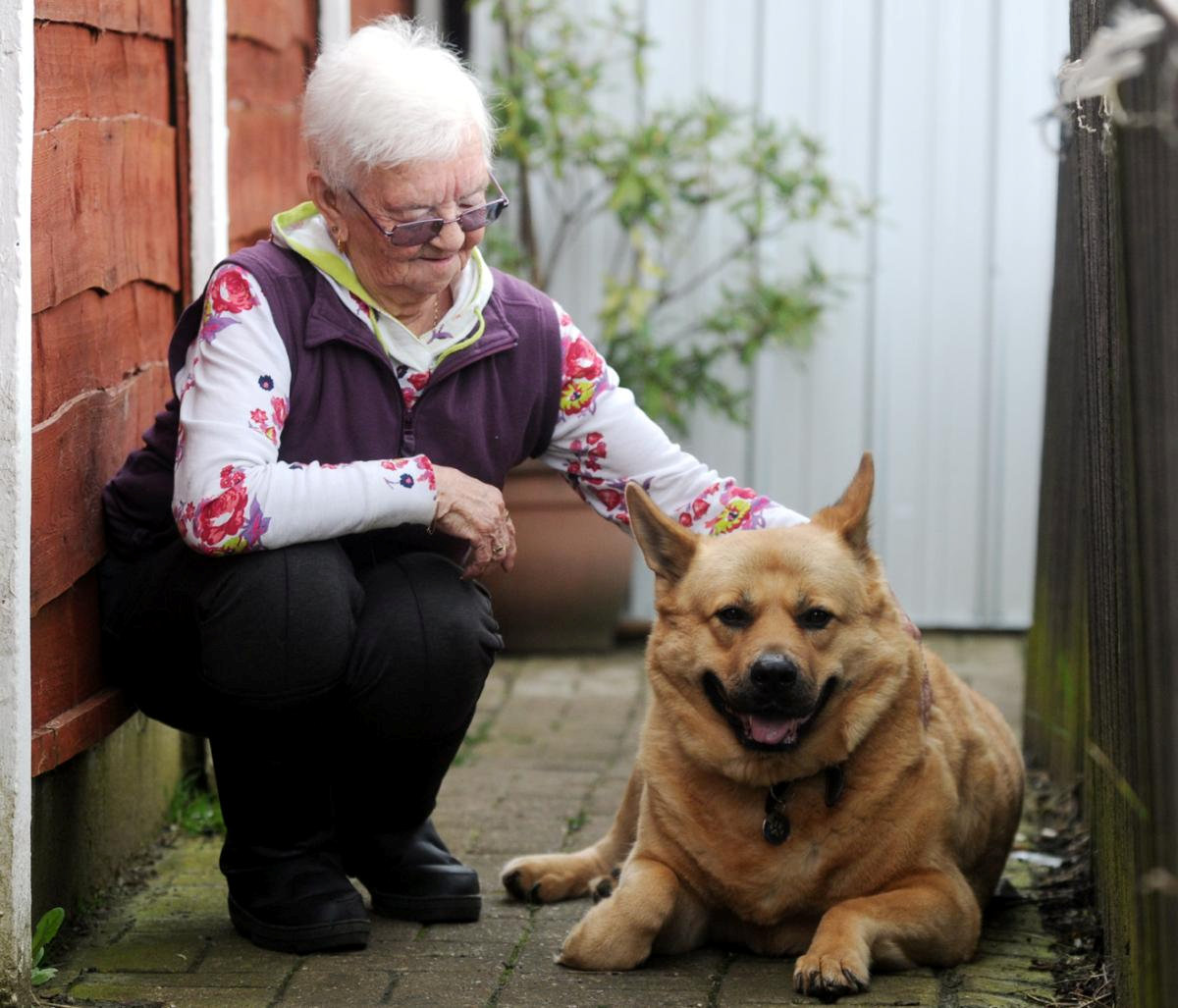 Detective Constable Steven Hughes said: “This lady was enjoying a spring afternoon in her garden when she was violently assaulted by a man who showed no concern when he struck the 86-year-old over the head.

“She managed to escape without serious injury, but this incident could have been much worse if her dog hadn’t stepped in and scared the offender away.

“Imagine if this was your mum or grandma. Please, if you saw something that day that could help with our enquiries, share this with police as soon as you can.

Police force to trial protective vests – for its dogs

Police force to trial protective vests - for its dogs