A dog that had its snout hacked off with a MACHETE has traveled 8,000 miles to a loving new home – with another special needs pup.

Seven-year-old Wacku was butchered by a drunken brute while guarding his owner’s tricycle in a remote town in the Philippines.

Liesl, who is director of non-profit Luvable Dog Rescue, said: “When I saw a video of Wacku online I just fell in love with him.

“It wasn’t just how shocking his features are but he seems so intelligent and social and I just thought, ‘What a survivor.’

“Picasso and Wacku are both exceptionally calm, tolerant and social dogs and they don’t notice each other’s physical differences.

“The cool thing about dogs is that looks don’t matter. If it smells like a dog, it’s a dog.

“When people see him they are literally stopped dead in their tracks. They stare and are kind of horrified.

“He has lost half his face and it’s crazy at first, but he acts so normal and happy and once people get to know who he is on the inside they forget about it.

“He seems to recognize almost right away when people are good and is incredibly affectionate.

“He climbs into my lap and licks and kisses me, which is a really weird feeling when he has no upper face.

“Thankfully Wacku still has his tongue after the attack,” she added.

“It doesn’t hold him back.”

Wacku has traveled 8,000 miles in total from his birthplace in Northern Samar, Philippines, to Eugene, Oregon, via Los Angeles, California.

The asong Pinoy pup’s journey began in 2012 when he was almost hacked to death and later rescued by a Filipino animal welfare charity.

The extreme case inspired a change in the country’s animal welfare law, with sentences and fines for abusers increased.

But despite the attention, Wacku spent five years withering in a shelter with other rescued pooches, with no hope of adoption until a US charity heard his story. 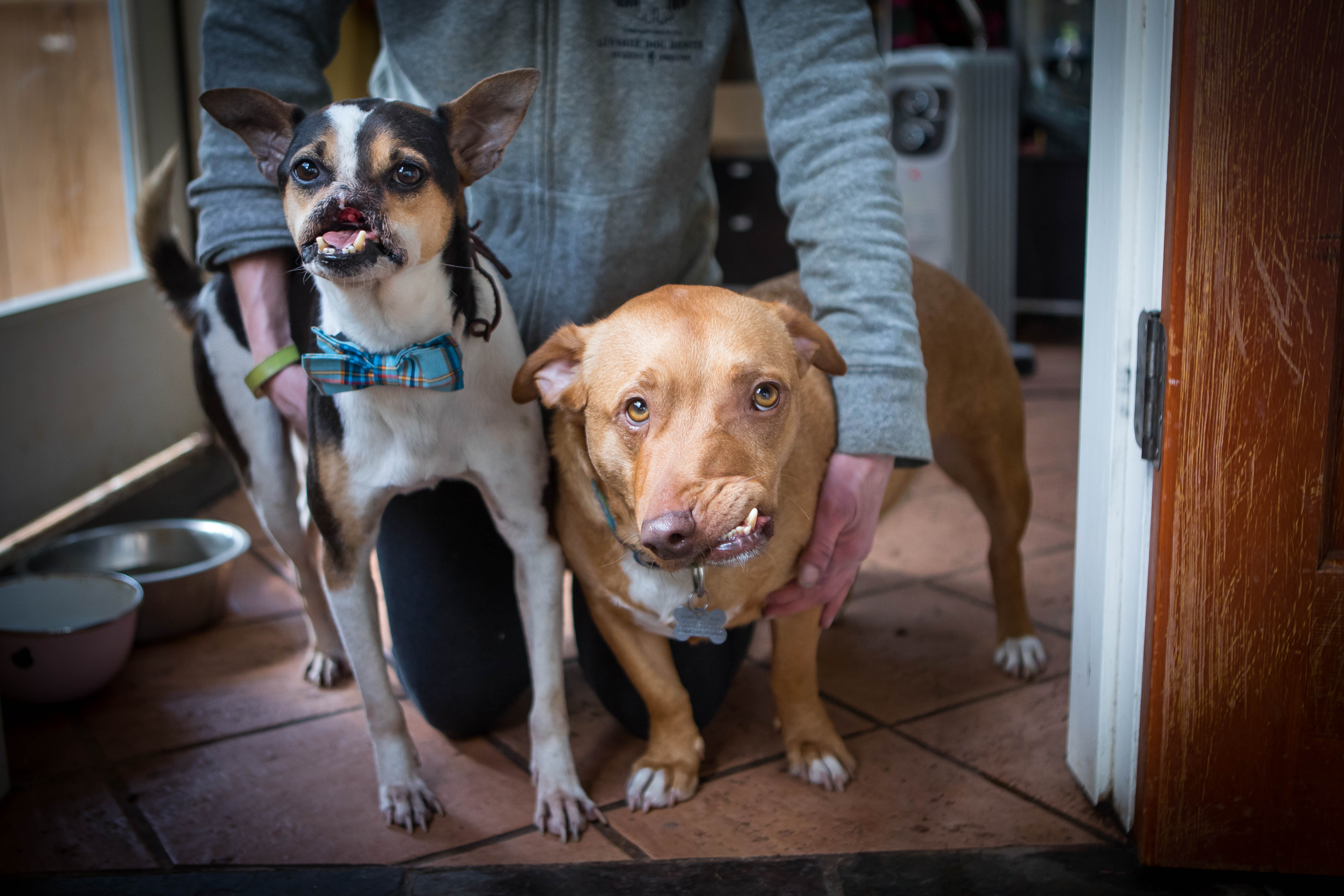 Nikki Carvey, founder of Road Dogs and Rescue, traveled to the Philippines and brought Wacku back to the US on March 11.

Two weeks ago he moved in with Liesl, who lives in a property surrounded by 55 acres of land and has eight other dogs, including two-year-old Picasso.

Liesel, 49, said: “I had this gut feeling that he would be really happy with me and my dogs.

“I thought it would take weeks for him to get comfortable and adapt but he is amazing – it took him 24 hours.

“We introduced him to my other dogs and he was great.

“I feel blessed to be part of his life.”