A disabled woman with a speech impediment was thrown out of a Wetherspoons pub because managers thought she was drunk.

Grace Currie, 24, was ordered to leave when she tried to order a vodka and coke while enjoying a night out with friends.

Despite trying to explain that she had suffered a brain injury which caused her to slur her words, a bouncer frogmarched her out the pub.

Grace almost died when she was mown down by a car in September 2010 which left her in a coma for six weeks and suffering catastrophic head injuries.

The talented photographer was booted out The Shrewsbury Hotel in the Shropshire town after meeting up with friends on Saturday (14/4) night.

Shockingly, Grace was kicked out without being allowed to collect her phone and coat meaning she was left outside with no way of contacting anyone.

It took several minutes until Grace’s personal carer, Netty Brook, who was in the pub with her, realised what had happened and came to her aid.

Grace, of Bagley, Shrops., went home in tears and told her parents, Graeme and Lorraine, both 61, what had happened and they complained to the pub manager.

Graeme, a social worker, said: “I just can’t believe that this has happened to our poor Grace.

“She’s done amazingly well in the space of seven years to go from being on her death bed, to being able to go out and enjoy a drink in a social setting.

“It’s horrendous that she’s been treated like this on a social night.

“Over the past few years she’s become much more independent, but is still very vulnerable and needs help from a full-time carer.

“She was just enjoying the evening out, when she went up to the bar and asked for a drink.

“Often she has problems speaking – she can talk very slowly, slur her words and sometimes struggles to grasp for the right vocabulary.

“But the bar staff obviously just assumed that she was drunk – and the fact that she has mobility issues will have made it look much worse too.

“Not only did they escort her out, but they escorted her out backwards, so she would have been completely disorientated by the time that she stepped outside.

“A big male bouncer took her out, and she wasn’t even allowed back in to get her bag or her coat. Her phone was inside, so she had no way to call for help.

“It was a busy Saturday night in the middle of town, by a river, and she was understandably very shaken up by the whole thing.

“She had no idea what she needed to do to get out of this situation, and was effectively stuck.

“That’s a very dangerous situation for her to be in, and anything could have happened to her.

“We’re lucky really that it wasn’t much worse than it was, because you hear all sorts of horror stories.

“Eventually Netty went outside and found her there, scared and vulnerable and not knowing what she had done wrong.

“Netty made sure that the manager knew what had happened, and he confirmed straightaway that she wasn’t drunk.

“Eventually Netty went back inside to get the bag back, so thankfully she had that, but it ruined her evening and really did knock her confidence.

“It’s hard for a disabled person to go out and about in a setting where there are lots of other people, especially when drink is involved.

“For her to be kicked back like this is absolutely devastating for her. 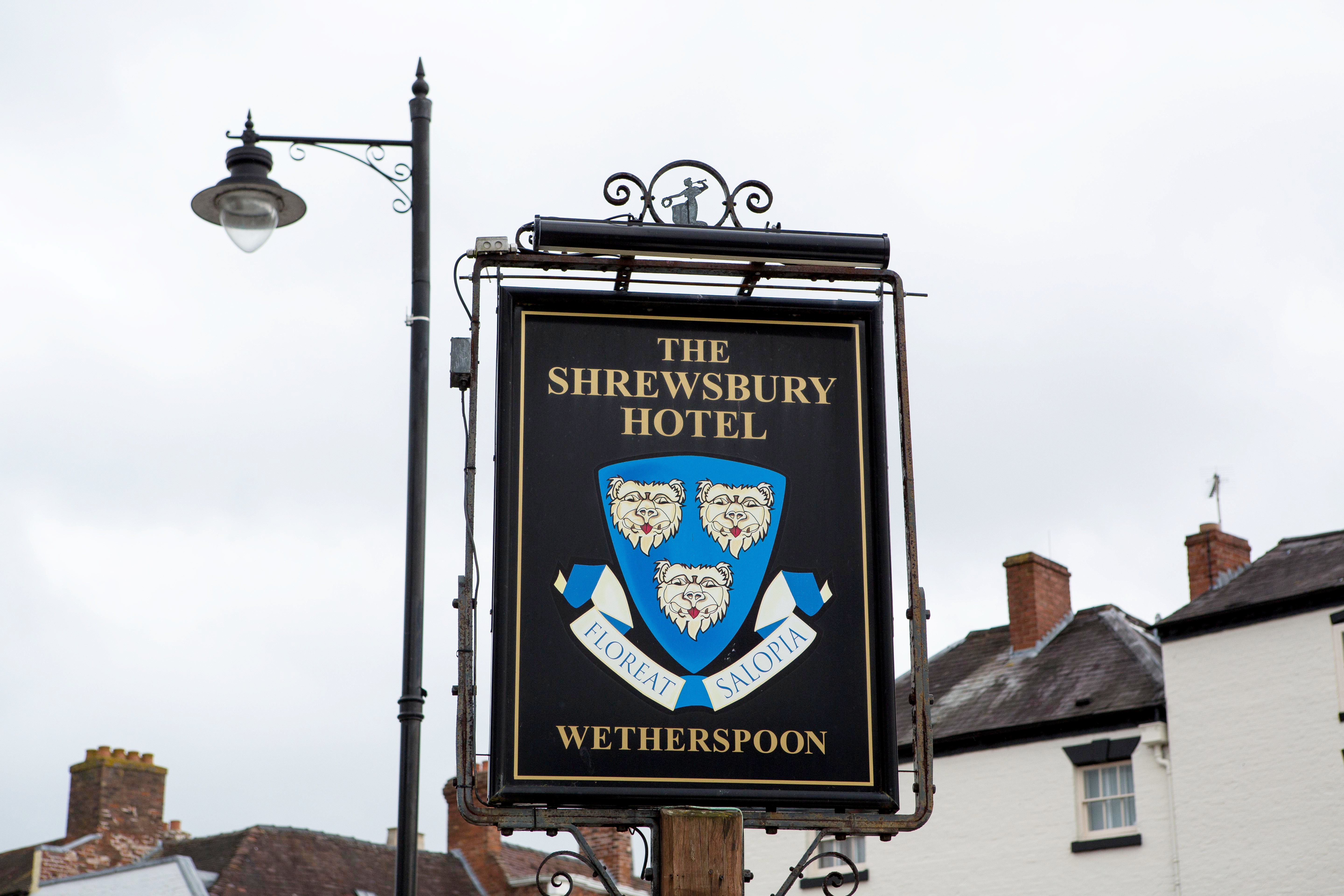 “I’m just so disappointed at Wetherspoon’s – you’d expect so much better from them.

“But they also need to provide Grace with some sort of redress – she was humiliated on what should have been a fun, laid back night for her.”

The pub chain have now apologised to Grace, saying bar staff made a “misjudgement”.

JD Wetherspoon spokesman Eddie Gershon said: “At around 9.30pm on Saturday, door security at The Shrewsbury Hotel alerted the pub manager to the refusal of service of Grace Currie.

“The pub manager spoke with Grace and her companion, realising during the conversation that there had been a misjudgement.

“Subsequently, Grace’s father has been invited to the pub, as the pub manager is keen to speak with him face-to-face, about the incident.

“We, again, apologise to Grace for the mistake and hope that this incident will help our staff manage future similar scenarios with better understanding.”

Cat had miracle escape after plummeting 100ft from block of flats