Courtney and Billy pictured in front of a Jurassic Park Car.

A couple who bonded over Jurassic Park brought their obsession to a new level when they made the movie the theme of their WEDDING.

Courtney McMillion, 28, has loved the dinosaur flick since she was a kid and was thrilled to realize Billy McMillion, 26, was also a fan when they began dating in 2013.

Event manager Courtney and Billy, an engineer, always joked they would have a Jurassic Park-themed big day.

Then, when they got engaged last February, they decided to make it a reality. 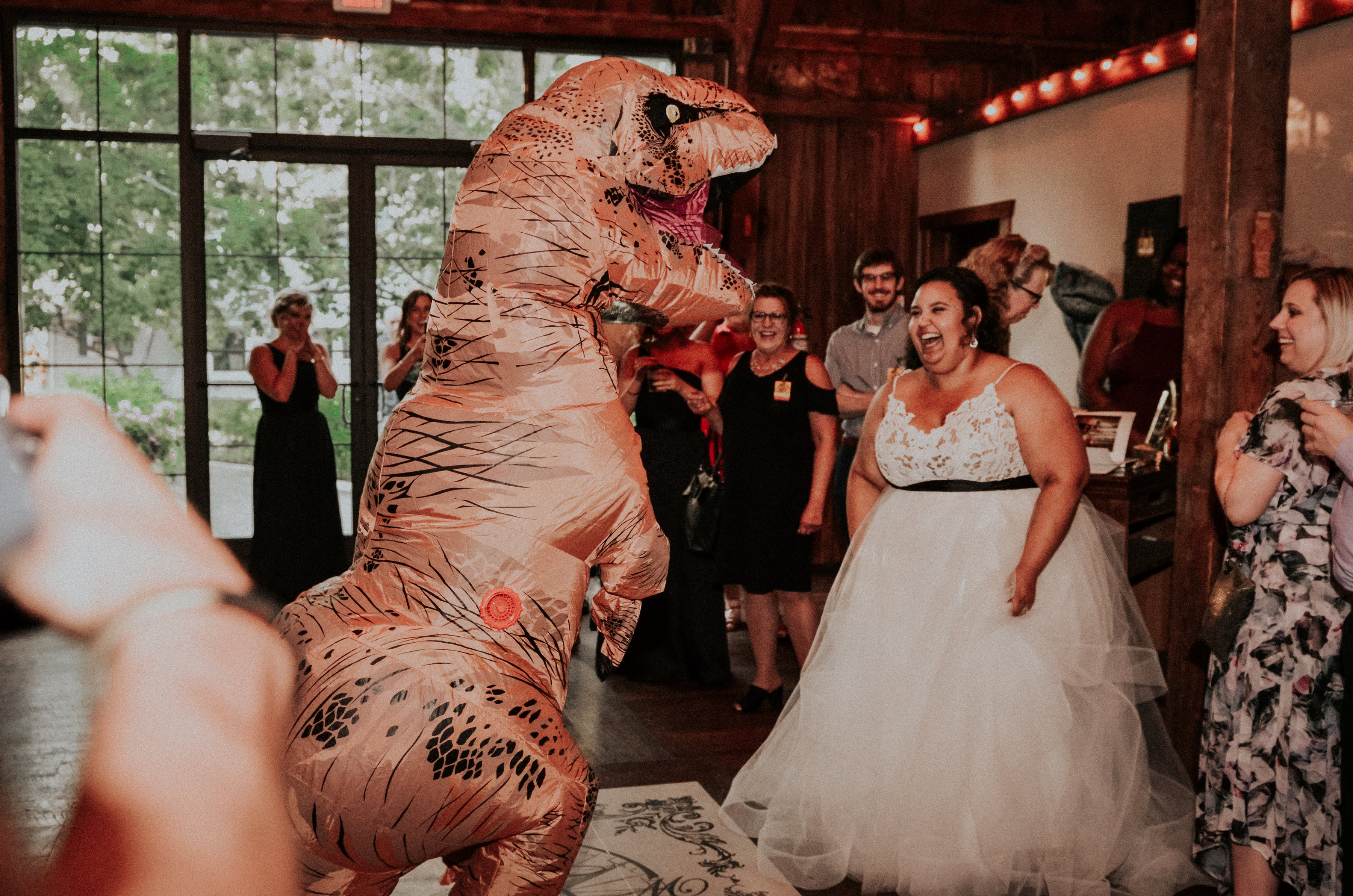 Courtney spent 18 months organizing the $25,000 bash, which was complete with dinosaur decorations and saw her arrive in a Jeep Wrangler like the one in the movie.

Their venue, The Landings 1841, in Burlington, Wisconsin, was decked out in forest greenery and their 170 guests were issued VIP passes for the prehistoric ceremony.

The bride walked down the aisle to the movie’s theme tune and groom Billy even crafted a doughnut wall to look like the front gates of the fictional park.

Courtney, of Sturtevant, Wisconsin, said she had a blast planning her dream day but said there was a fine like when it came to keeping it elegant.

She said: “It was more so me who always loved Jurassic Park. I remember watching it when I was small and that’s when I first fell in love with it.

“When the original first came out in IMAX, I was so excited but no one would go with me.

“At the time me and Billy were just good friends and he offered to go.

“We started dating in October 2013 and we just loved staying in and watching movies together.

“We would regularly watch Jurassic Park or it would coincidentally be on TV.

“It sort of become our thing. We would go to dinosaur museums and exhibits on dates.

“I used to joke that our wedding should be Jurassic Park themed and after we got engaged, I started to think, why not?’

“I work at my wedding venue, where I see weddings three times a week.

“They’re all hydrangeas and baby’s breath. They’re beautiful but I wanted something different.”

Billy added: “When Courtney suggested a Jurassic Park theme I was a little skeptical.

“I wanted a country wedding but the more we talked about the more interesting the idea became.

“Everyone loved it I was scared people were going to think it was childish but Courtney being as crafty as she is, it was super pretty and held the theme really well.”

One of the highlights of the day for Courtney was arriving to the ceremony in a movie-themed Jeep, supplied by a fellow fan in Iowa.

Courtney said: “I’ve always wanted a Jeep Wrangler like in Jurassic Park so a couple of years ago I joined this group on Facebook called Jurassic Park Motors, where fans renovate jeeps to look like those in the movie.

“I really wanted to feature one of these jeeps in the wedding and I just asked in the group if anyone wanted to come.

“One man, JurassicPark09, who’s real name is Adam, drove all the way from Iowa to help us. He was so dedicated and it really made our day.”

Billy added: “My favorite part of the day was seeing Courtney in her wedding dress and being in awe of how beautiful she was.”

The bride said although she was really dedicated to the theme she did not consider decking out her bridal party in dino-themed attire. 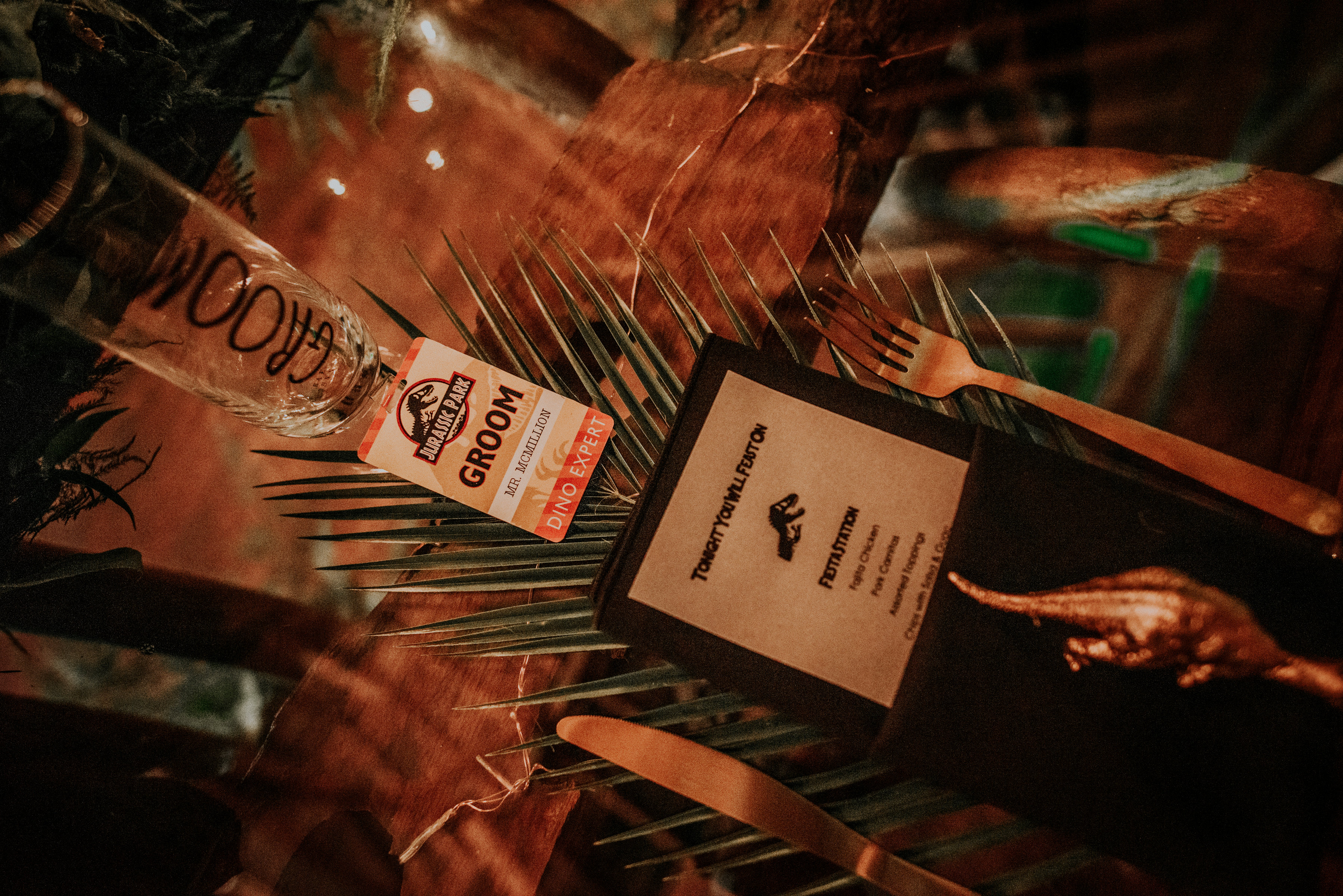 Courtney said: “I never considered wearing Jurassic Park costumes. I think that would have crossed the fine line.

“I didn’t want it to be too much of a spectacle. It was fun, but it was still a wedding after all.”

Billy added: “I’ve seen like every episode of Say Yes to the Dress so costumes weren’t gonna be a option.”

Cassandra Spiegelhoff, who photographed the couple on their big day, said it was exciting to work on a wedding that was so different from the rest.

The wedding snapper even photoshopped some dinosaurs into the final prints for the happy couple. 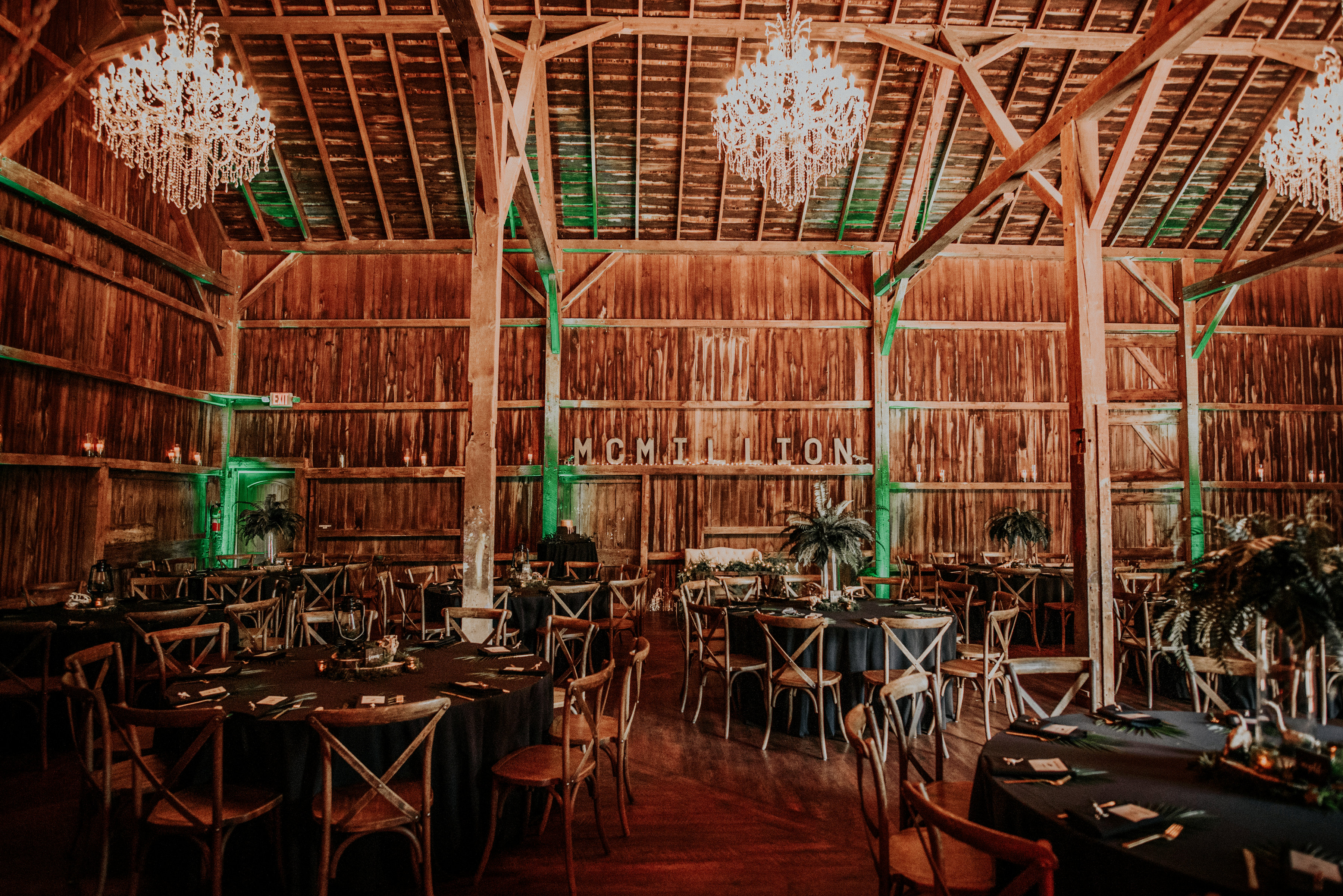 Cassandra said: “We shoot 50 weddings every year and there’s always the same poses, the same readings, the same speeches.

“This wedding was so different.

“The Jurassic Park theme could have been so lame but it wasn’t tacky or cheap.

“It was so elegant. She really nailed it.

“You could tell it was the best day of their life.”