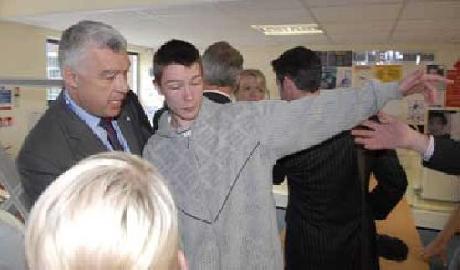 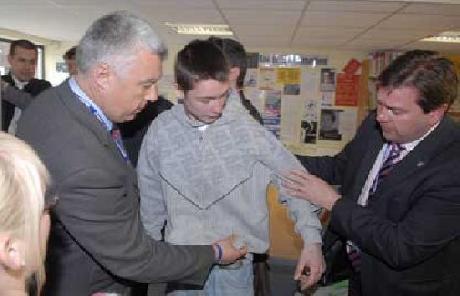 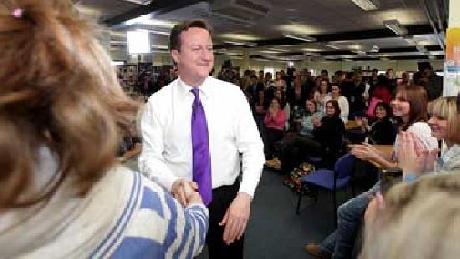 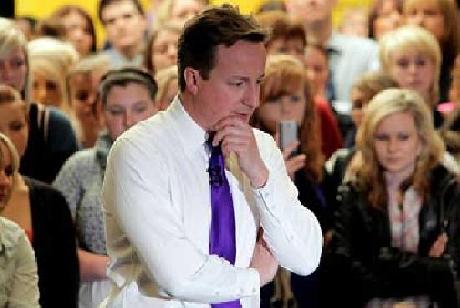 This is the hoody-clad 16-year-old student bricklayer who threw an egg at Conservative Party leader David Cameron.

Tyler Dixon hurled the missile at the Tory chief during a question and answer session at Cornwall College in Saltash, near Plymouth.

Tyler, a student at Cornwall College, was bundled away by police and arrested on suspicion of disturbing the peace.

But Devon and Cornwall Police later ”de-arrested” Dixon because no damage was caused and no complaint was made.

Cameron was hit at around 12.30pm on Wednesday as he walked out of the college library after talking to dozens of young people.

One eyewitness said: ”Cameron turned and walked out of the door of the and that’s when the lad threw the egg.

”It hit him on the shoulder and some yolk went on his white shirt. He obviously looked quite shocked by the whole thing.

”The boy was then jumped on by security and frog-marched out of the building. I understand he was then arrested and taken into police custody.

”The egg must have hit him from a distance of about ten feet. It was a pretty good shot, but didn’t totally smash on impact and only shattered after it glanced off into a Tory aide.”

Fellow student Kelly May said three or four men pulled Dixon away saying: ”You can’t do that to David Cameron.”

She said: ”I don’t think many of the boys around here know much about politics. They just do it to look hard.”

Cameron was at the college as part of his campaign trail but later laughed off the incident.

He said it was ”the first of the campaign”, adding: ”He hit me square in the back. It was a good shot.”

A police car arrived shortly after the incident but a spokesman for Devon and Cornwall Police said Dixon was arrested and then de arrested.

He said: ”A 16-year-old student threw and egg but it didn’t hit the intended target – it hit someone else instead.

”He was initially arrested on suspicion of breaching the peace but then later de arrested. No damage was done and no complaint was made so there was no offence committed.”

Investigation as bodies of butchered swans found in Bedford

Investigation as bodies of butchered swans found in Bedford