This is the moment cars swerved to avoid an “intoxicated” woman who was having a “nap” – in the middle of a road.

Police said the “young woman” had driven her car into a ditch about 200 yards away from where she “bedded down”.

Shocking dashcam footage from Sgt. Charlie Scott’s car shows a vehicle swerve to avoid the woman who was stretched out in the road near in Fulshear, Texas, USA.

The officer stopped and put on his flashing blue lights and the video shows him apparently waking the woman and pulling her to her feet at 1.46am on Saturday.

Writing about the incident online, a spokesperson for Fulshear Police said: “Being in the wrong place at the right time is exactly what happened during the early morning hours over the weekend along FM 1093.

“We all make mistakes, however, this mistake almost cost this young woman her life.

“The (suspected) intoxicated woman decided to take a nap in the middle of FM 1093 after possibly running off the road and getting her car stuck in a ditch about 200 yards from where she “bedded down” for the night. 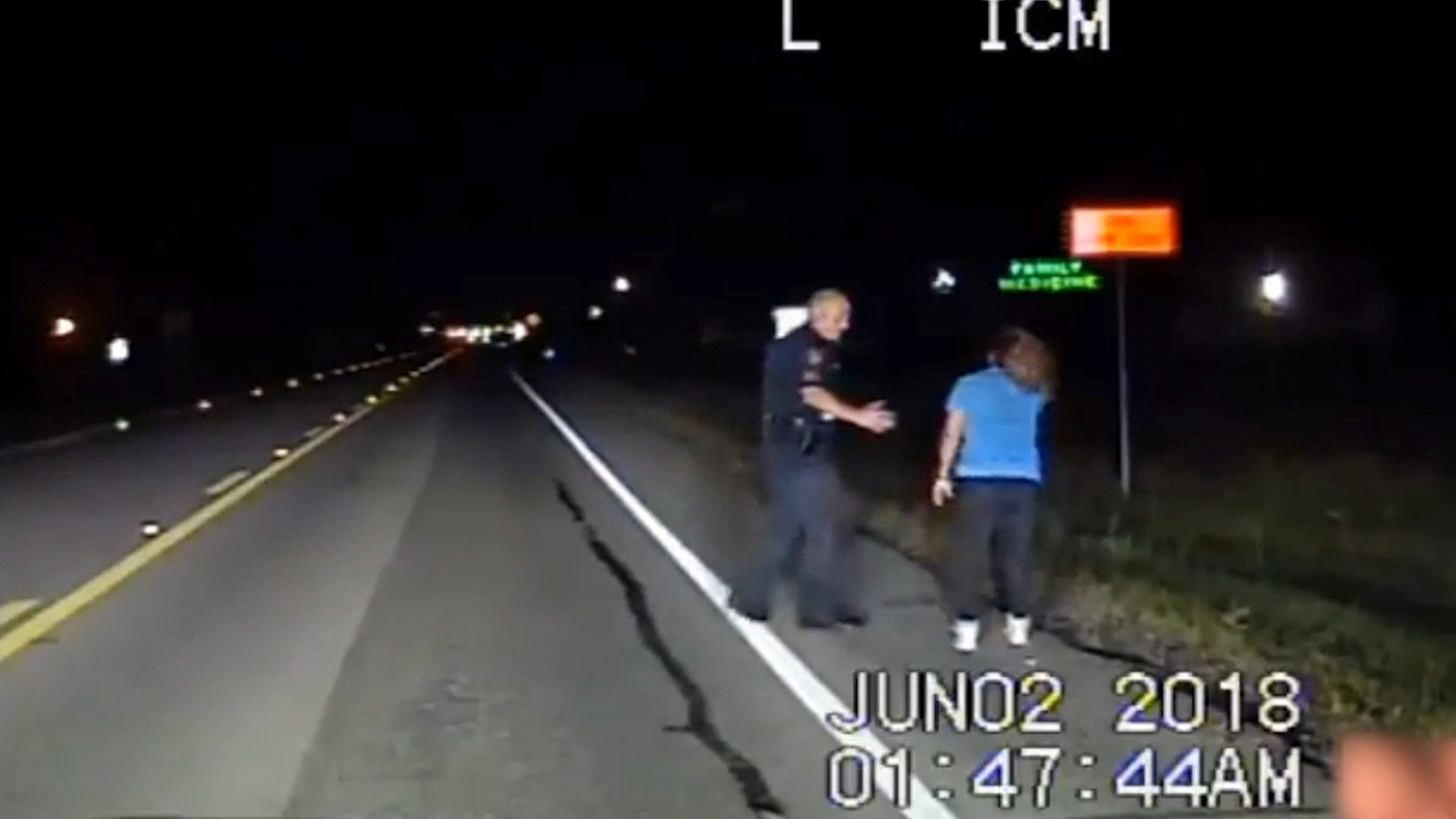 “Thankfully, Sergeant Scott happened to be on patrol at the right time and in the right place. In the video you see the car in front of Sergeant Scott’s police car swerve to avoid an object in the road.

“Sergeant Scott immediately realised that “the object” in the road was a person and quickly stopped to render aid.

“The woman was arrested for public intoxication and received a ride to jail.

“However, this unfortunate mistake could have ended tragically and the ride could have been to the morgue.”

Teen reckons she found dead MOUSE in her McDonald’s burger