This is the heart-stopping moment a cyclist ignored a warning barrier and fell into a gap in a closing drawbridge.

Dramatic footage shows the 37-year-old woman riding through closed gates as the structure is pulled up.

She then swerves and wobbles before falling into the crevice of the Racine Street Bridge in Menasha, Wisconsin, US.

Fortunately, the draw bridge operator was aware of the incident and ensured the bridge was not pulled up further. 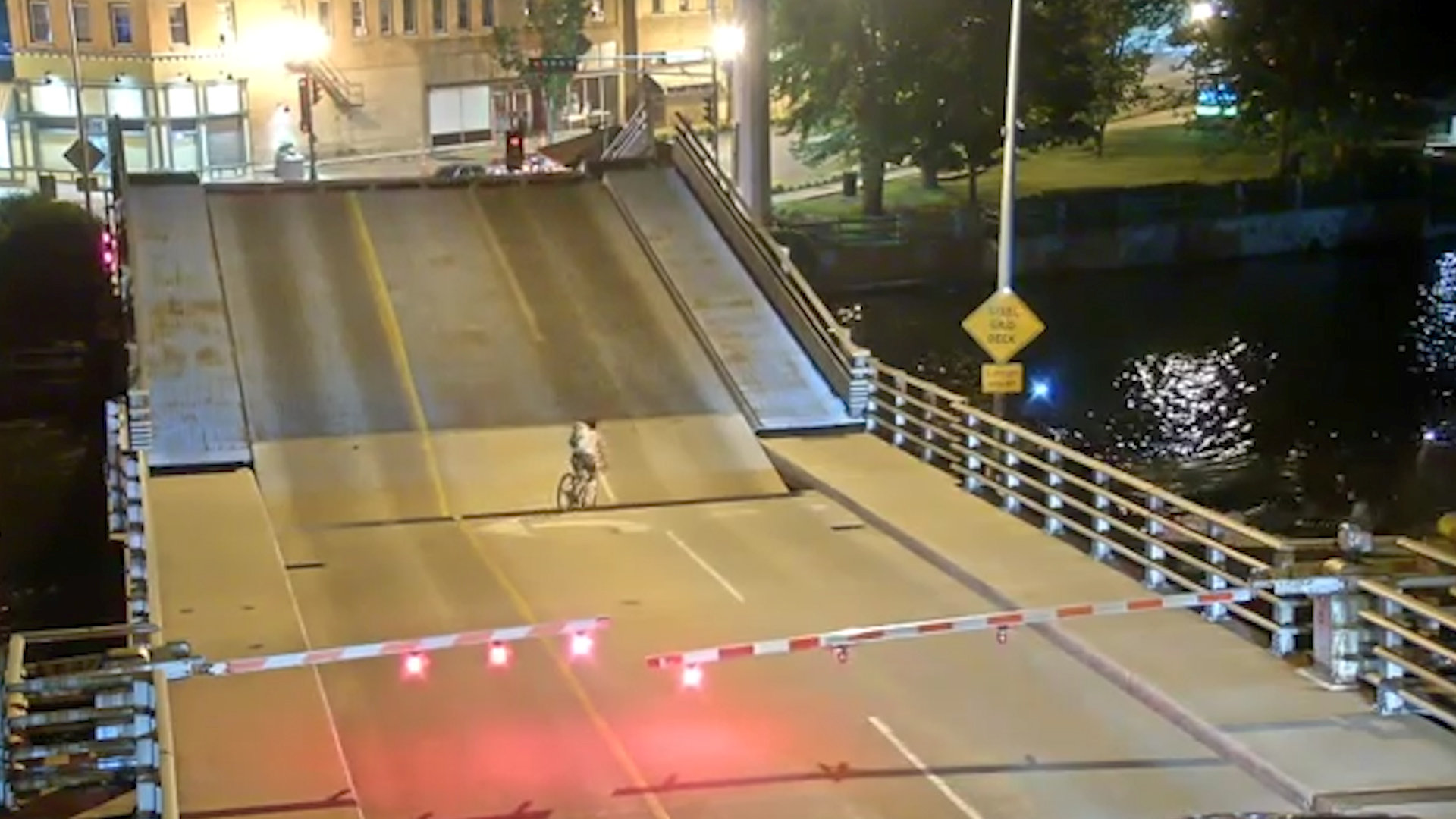 Bystanders rushed to rescue the unidentified woman and were able to free her after around a minute of her being stuck.

She was taken to the nearby Theda Clark Medical Center and treated for facial injuries before returning home that day.

Menasha Police said she was later issued with a citation for failure to obey a traffic signal following the incident around 10.30pm on July 4.

Deputy Chief Brett Halderson said: “Our officers were called out because a woman had ridden through a barrier and fallen into the crevice when the bridge was pulled up.

“The barriers are intended to stop vehicles and bicycles and she actually ended up striking one of them with her arm as she went through. 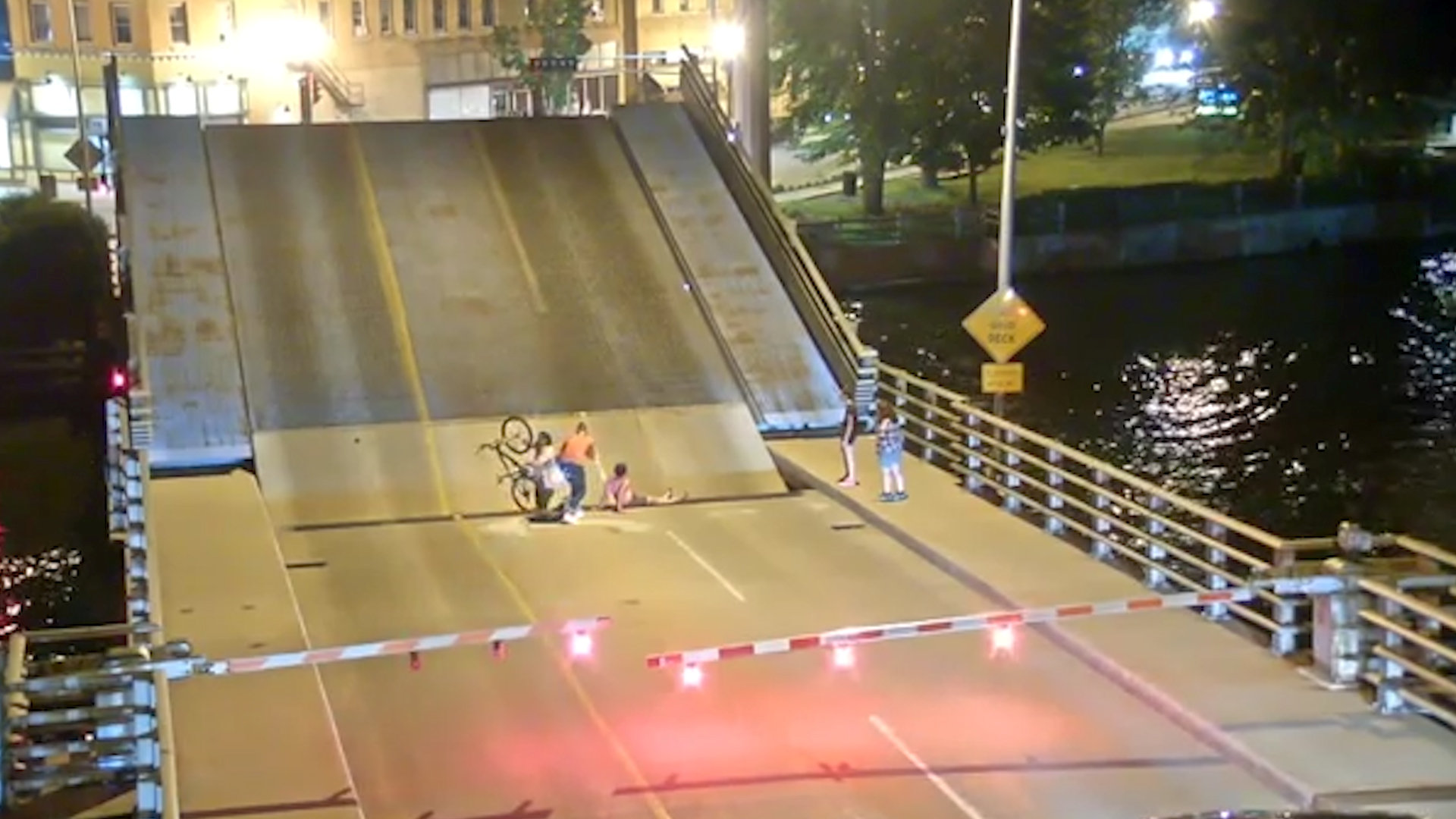 “The bridge tender was aware she had fallen in and made sure the bridge didn’t move further.

“There were community members and bystanders who had seen her.

“When there was a concern the bridge could close they went and got her out of there.

“She received facial injuries and was transported to the nearby Theda Clark Medical Center.

“Initially we treated her like a victim and as a patient. We did later follow up and she was issued with a citation for failure to obey sign or signal.

“We are very fortunate the bridge tender was aware she was in there so they didn’t close the bridge.”