A crooked couple scammed almost £40,000 worth of maximum disability benefits for saying the man ‘could barely walk’ – despite him managing to run two MARATHONS.

Graham and April Totterdell have both been jailed for the “breathtaking rip off” – while they had hefty savings and owned two HOUSES.

The feckless pair, from Dover, Kent, two sat in the dock at Canterbury Crown Court refusing to look at each other, as the judge branded them as greedy.

April Totterdell, a 48-year-old mother-of-two, was told she was “a liar of epic proportions” after trying to blame her husband for bullying her into taking part in the fraud.

But the judge said that she had willingly connived with her marathon-running husband Graham to fake a disability and then pocket the cash.

Graham, now 72, had been awarded the highest rate Disability Living Allowance after the couple claimed he could barely walk and “was a frail old man”.

The jury heard how his wife had signed benefit application forms telling how he needed a zimmer frame, a stick and crutches because of two injuries.

She had even written in one appeal for more money that her husband was so doddery she had to put toothpaste on his brush.

And even after they had been exposed as fraudsters, Mr Totterdell played the role of “barrister” to prepare his wife for a quizzing from DWP investigators!

Judge James O’Mahony said they had shown “a breath-taking piece of hypocrisy” in their “brazen deception” and jailed April for 18 months and Graham, who admitted the fraud at an earlier hearing, 14 months.

He warned the crooked pair they now face proceedings under the Proceeds Of Crime Act to get the £38,000 back – plus a “hefty” legal bill for the trials.

Prosecutor Ian Foinette said the truth was that Mr Totterdell, competed in runs across Kent and even completed the London Marathon twice.

He had even used the name Graham King – his wife’s maiden name – when participating in some of the marathons. 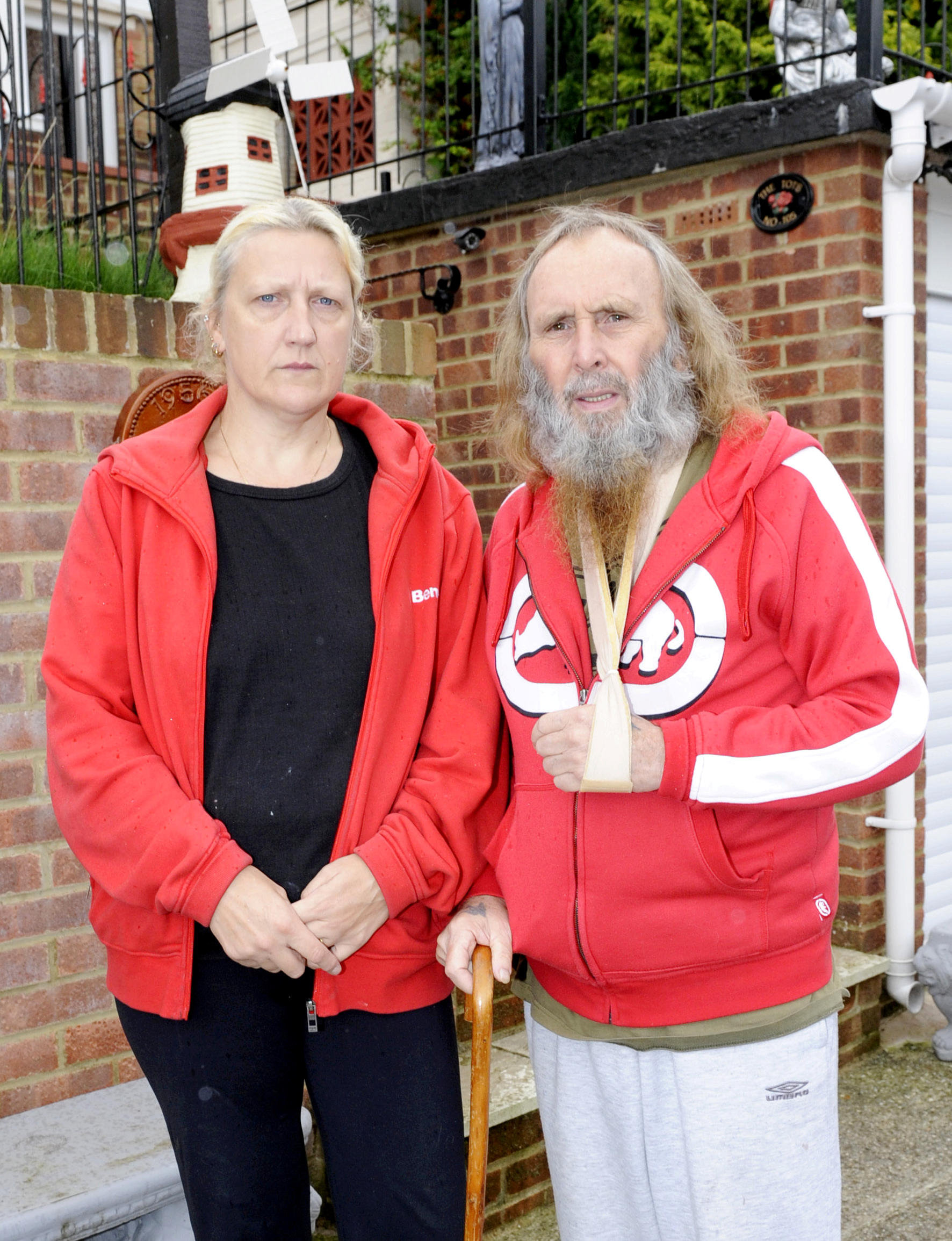 Mrs Totterdell between September 2009 and May 2015 assisted her husband in defrauding the Deptartment of Works and Pensions of £38,491.60.

Prosecutor Ian Foinette revealed that Mr Totterdell’s claim of incapacity “was simply not true” – even though he had an accident in the past.

He said: “Undoubtedly, he was injured but what he was claiming for was considerably more than that.

“While he was claiming benefit and for a large portion of the time he was actually competing in half marathons and the London Marathon.

“And at the same time he was suggesting to the DWP, with the assistance of Mrs Totterdell, that he was so incapacitated that he could barely move.”

The prosecutor said Mrs Totterdell knew “full well” that his claims of that level of injury was “simply not the case”.

Mr Foinette said that Mr Totterdell was secretly filmed walking across the road and crawling underneath cars while servicing his car.

The benefits were paid into Mrs Totterdell’s bank account after she claimed he was “70 per cent disabled in the lower back” with injuries to both shoulders.

Mr Foinette said he began competing in runs in September 2009 while being described in various documents “as a frail old man who could hardly get out of an armchair to move from one side of the room to the other without using a zimmerframe and sticks”.

Judge O’Mahony told her: “This case demonstrates in sharp focus that you are devious, manipulative, greedy for other people’s money – even when you had plenty of your own, and a liar of epic proportions.”

In 2015 the couple were sent to prison after making false claims against a neighbour.

The former Merchant sailor Totterdell was jailed for 20 months after pleading guilty to perverting the course of justice and harassment, while his wife was banged up for 16 months.