A couple have won £1 million on the lotto – days after reading an article on what happens when you win the National Lottery.

Taryn, 39, and Grant Hawkes, 41, have picked up seven figures – after he was forced to give up work through ill health.

He said that he knew he was going to win and had even read an online article on what happens when you win big.

Grant, from Newquay, Cornwall, said he was sure he would win years before he finally won the mammoth amount on the Lotto Millionaire Raffle on Sunday, March 25. 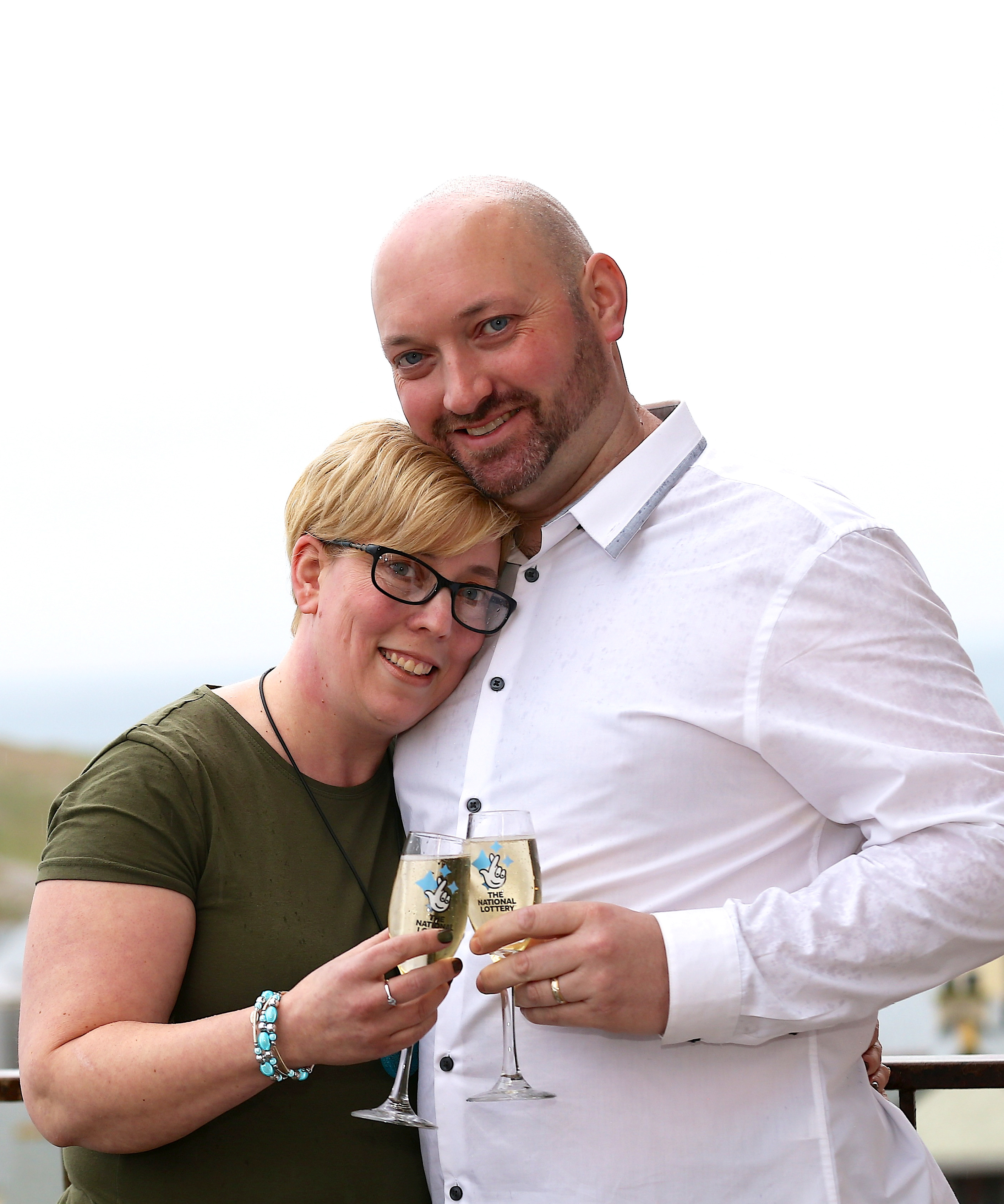 On March 3, Taryn noticed that they had £2 left in their National Lottery online account and decided she had to buy a line for the Lotto draw.

But it wasn’t until Sunday night, after a busy weekend, that the couple, checked their emails and saw that they had one from The National Lottery.

Grant immediately felt sure their time had come.

He said: “As soon as Taryn told me we had a message from The National Lottery I knew this was it.

“A few years ago I made a throwaway comment about us winning the lottery one day and as soon as I said it I knew it would happen.

“A few weeks ago I was reading an article online about lottery winners and saw a piece explaining what happens when you win the lottery.

“I clicked the link, saying to myself, ‘I should read this, I’ll need to know it one day’ and sure enough, I was right.

“When Taryn said we’d won £1 million I knew exactly what to expect and what we needed to do next.

“In the article it said that when you win, Andy, from The National Lottery, comes to validate your ticket and I knew that we’d meet him at some point.

“Sure enough, a few weeks later, that came true.” 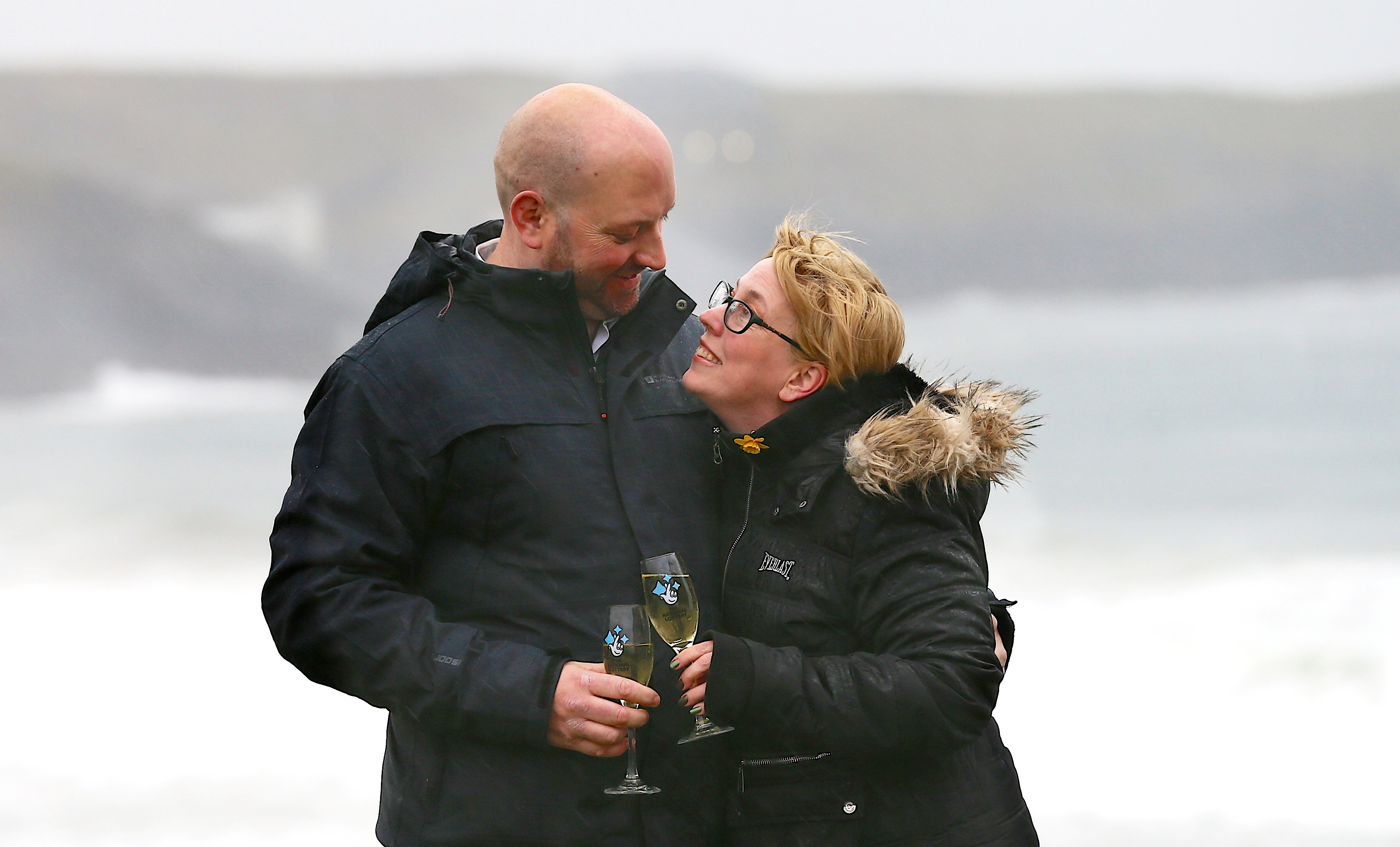 The couple, originally from Kent, decided to move to Cornwall four years ago so their children could grow up by the ocean.

However shortly after arriving in Cornwall, Grant became ill and had to stop working.

The couple did what they could to make ends meet but, thanks to their win, their circumstances have now changed overnight.

Taryn, who works as a teaching assistant in a local school, said: “Throughout the tough times we’ve always tried to smile and be positive, to do what we can to help others and, above all, to give our children the best life we possibly can.

“This win won’t change who we are but it will change the way we live and make everything just that bit easier for us all.

“We have tried not to let our challenges affect the children but when we told them we’d won we bought them each a Lindor chocolate bar and that was how they knew it was true – that was special chocolate reserved for a very special occasion.”

The couple are still deciding how to spend their windfall. Taryn has no plans to leave her job but Grant hopes that the money will enable him to retrain in a new career.

They have also treated themselves to a new car and will be picking up the keys soon.

Taryn said: “It’s a convertible, which feels so strange to say. It’s still secondhand but we’ve been driving our old, beaten up Toyota Corolla for years and it’s done 168,000 miles.

“To be able to change it in for a new car is unbelievable.

“We’ve chosen a convertible so that we can spend our holidays with the kids, driving around Cornwall, making memories and living the life that we dreamt for them when we made the decision to move to here in the first place.

“We’ve asked the children what else they’d like to spend the money on and they’re really keen to get a campervan so we’ll see, but that would certainly be a lot of fun.

“It really hasn’t sunk in yet and it’s early days but we feel incredibly blessed.”

The couple have shared the good news with their family and already sent champagne to relatives so that they can toast the couple’s good fortune.

Grant said: “Even after something as incredible as this life carries on as normal. We still have to get the kids to school, make sure they’re fed and that they get where they need to be on time, but everything has shifted.

“Our win still doesn’t feel real but I’m feeling positive, calm and excited for what comes next.”