Loe Cuarto and Kathleen Hernandez, a couple who have been best friends since they were toddlers have celebrated their wedding - even though they haven't lived on the same continent since they were four and five.

A couple who have been best friends since they were toddlers have celebrated their wedding – even though they haven’t lived on the same continent since they were four and five.

His family moved to the US in 1986 and eventually settled in Philadelphia, Pennsylvania, but the young friends lost touch again until they were 18.

Kathleen, an office manager who lives in Geneva, and her family flew to the US for a vacation in 2000 where the teenagers reconnected but their relationship remained platonic.

It wasn’t until Loe’s mom Nemita sadly passed away in 2009 that the pair began to text every day after Kathleen reached out to offer her condolences.

Loe, a sales associate, was thrilled when Kathleen booked a two-week vacation to Philadelphia in 2009 and the pair finally shared their first “magical” kiss.

Since that moment, the couple have maintained a long-distance relationship between the US and Switzerland, seeing each other in person every six months.

After eight years together, the couple tied the knot in Las Vegas, Nevada in December 2017 and Loe plans to move to Switzerland in August to live with Kathleen for the first time.

Although Loe says there wasn’t a dramatic proposal, the simplicity of the pair’s wedding made it really special.

Kathleen said: “Loe is my childhood sweetheart. I remember being with him every day.

“We were at kindergarten together. And if we weren’t there, I was at his house or he was at mine.

“We used to play all day long. At one point, we even had the same haircut.

Loe added: “When we were 17, Kathleen and her parents flew to the USA for a vacation. We had not seen each other in so many years.

“At that time we probably felt something but we were afraid to say it because growing up we had felt like family.

“We lost touch then for a while and my mom sadly passed away in 2009.

“The very next day Kathleen reached out to me to offer me her condolences.

“Back then everyone had a Blackberry, and she asked me to give her my pin.

“We didn’t think it would work internationally but it did miraculously.

“We began texting every single day.

“At that time I had a girlfriend and she had a boyfriend so it was platonic.

“I remember her asking me: ‘What do you think would have happened if you had never left Switzerland?’

“And I was being flirty and I said, ‘Well we probably would have ended up together.’

“A few months later me and my girlfriend at the time broke up and me and Kathleen started talking more and more frequently.”

“After my mom passed away she became such a good support to me. In 2009, she came to visit for two weeks and that’s when everything started to change.

“We kissed for the first time on that trip and it sounds really corny but I remember in that moment I thought that this was it.” 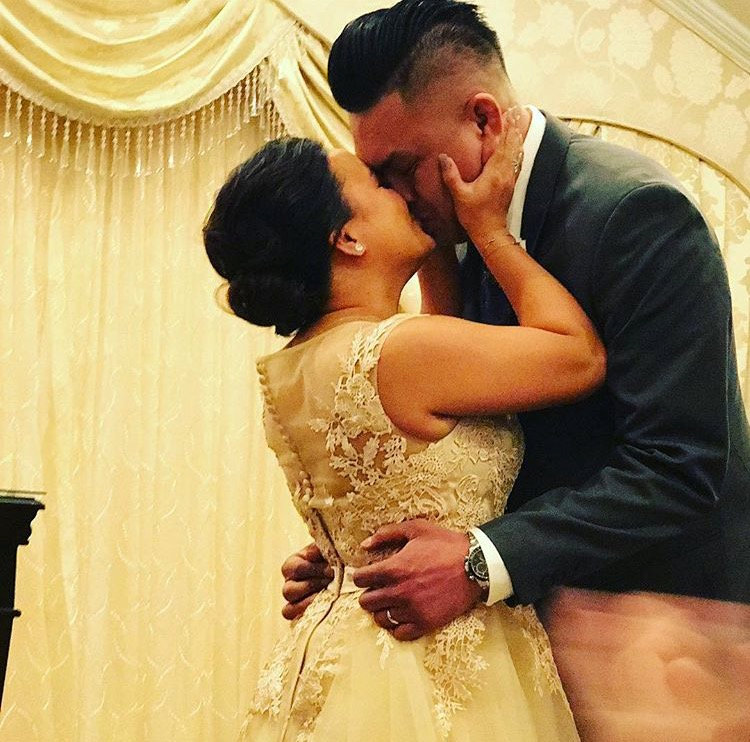 Loe said the biggest barrier to their relationship was the distance, but he was never tempted to end the relationship because he feared he would lose his best friend.

“Over the years, people would always ask me how I could keep a relationship going when my girlfriend lives thousands of miles away in Europe.

“I never once thought about cheating or anything like that because this was legit my best friend in the world, and I couldn’t imagine life without her.

“I love Kathleen’s loyalty, she is the type that always motivates me to do better.

“When I was younger I was a knucklehead and a troublemaker but Kathleen is the opposite and she has brought calm to my life.”

Kathleen added: “Our wedding was just pure happiness and love.

“Loe’s father and some of our friends from Philadelphia were there.

“My parents, my brother and my maid of honor flew all the way from Switzerland to witness our special day.

“I feel so lucky and blessed.

“Who would’ve thought I would end up with my childhood sweetheart?

“But I believe in destiny and what’s meant to be will be.” 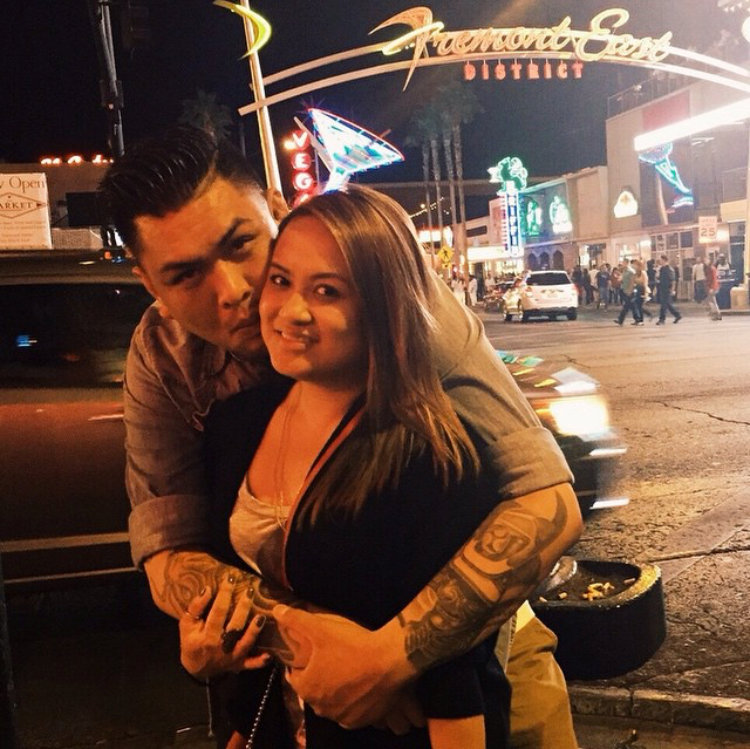 Loe plans to leave for a new life in Switzerland once his visa is approved in the summer and said he can’t wait to start a family with his long-term friend.

“I’m very excited. It will be the best thing that ever happened. I’ve been waiting for this for nine years now.

“A family is definitely on the cards, we’d love to have kids.

“When I look back at those pictures of us from back then it is really surreal.

“Sometimes I think about it, and it’s amazing that it worked out.”