The mud hut home of Kate Burrows and her partner Alan near Chumleigh, Devon.

A couple claim they have been ‘bullied’ out of the Hobbit-style mud hut they built to combat an allergy to modern life.

Nature-loving Kate Burrows, 46, and her partner Alan, 48, have left the unique home they fashioned out of the earth, tree trunks and straw after a council took enforcement action against them.

Kate says she was forced out of her previous rented house by permanent flu -like symptoms as she was allergic to the mains water, electricity, wi-fi and even the paint on the walls at a 21st century home.

She suffers from Multiple Chemical Sensitivity (MCS) and claimed that living in the pre-modern hut in Tarka Valley, near Chumleigh, Devon, for the past three years has completely restored her health.

But North Devon Council ordered them to dismantle their hut and leave as they didn’t have planning permission.

And the pair, who have lived on the smallholding since 2015, said they were now fleeing Britain altogether and moving to Ireland where they say “farming and low-impact living is embraced”.

Revealing the decision on Twitter, the couple said: “It is with sadness that we announce that North Devon nimby council have bullied us into removing our home, and prevented us from running an agricultural business on our own agricultural land.” 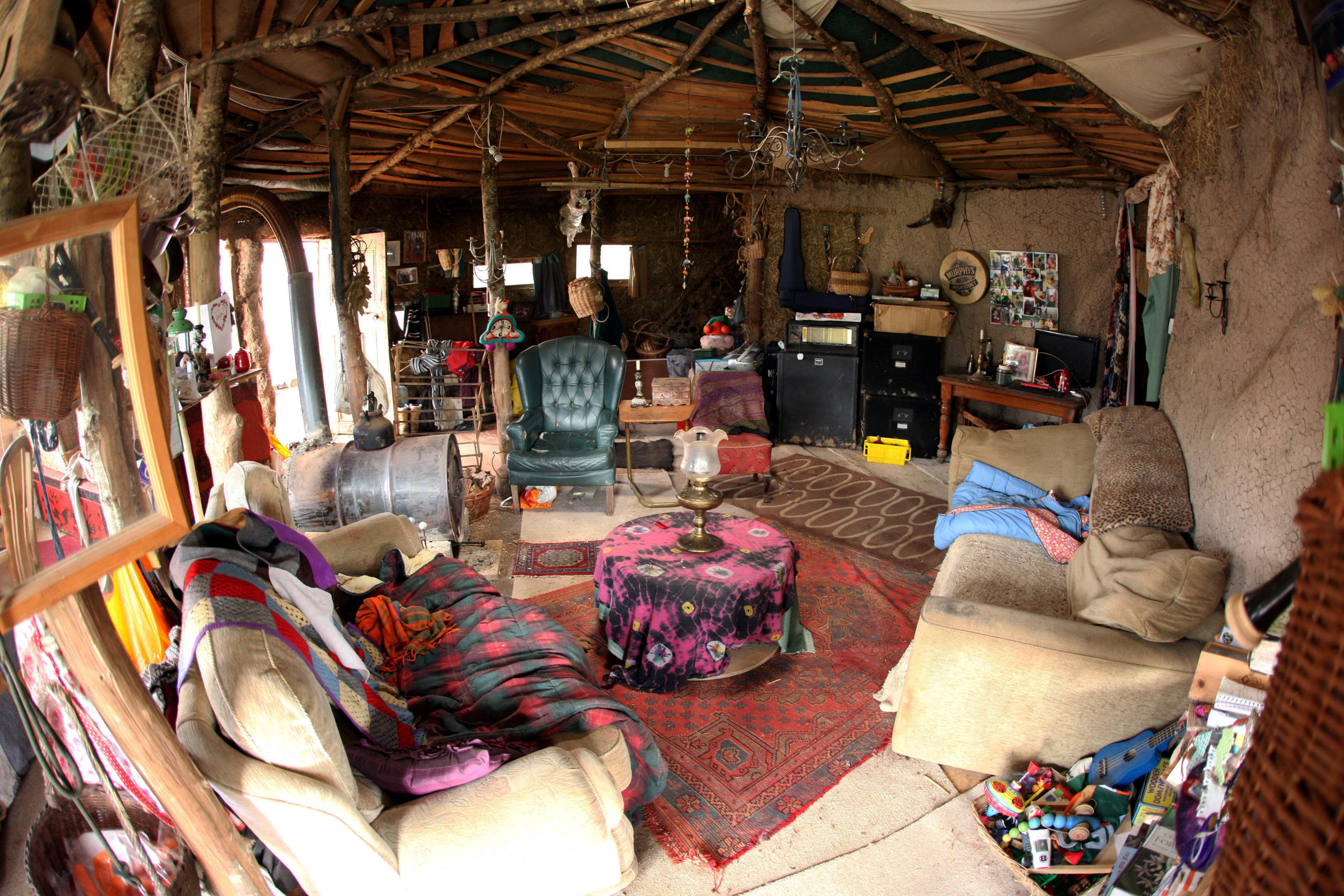 The couple appealed the council’s decision citing illness from a condition called Multiple Chemical Sensitivity (MCS), but this was rejected.

North Devon Council say the couple have broken planning laws by building the medieval-style hovel – reminiscent of homes in the hit Lord of the Rings and Hobbit films – where Kate and Alan keep goats and chickens.

The couple spent six weeks building the hut on their smallholding after she said living in a modern home “was like having flu all the time”.

Their home had an outside compost toilet, kitchen, living area and two bedrooms.

It was topped with tonnes of turf and the walls were lined with lime mortar. Alongside one wall was a bath supplied with hot water from a makeshift boiler.

Outside a hand pump brought water from the river for washing, solar panels on the roof provided power and the couple kept chickens, goats and geese. 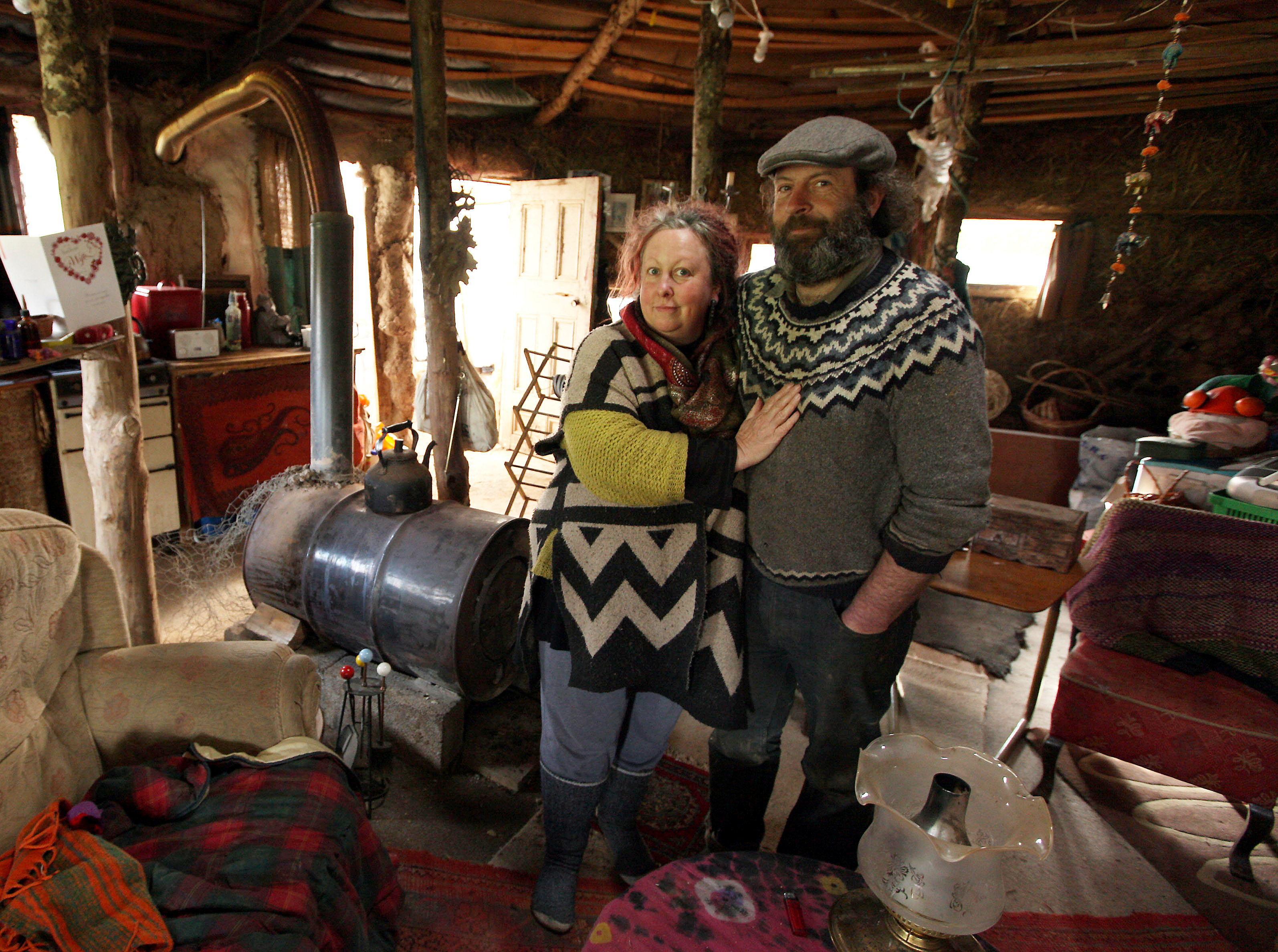 MCS is a chronic, physical illness that causes sufferers to have allergic-type reactions to very low levels of chemicals in everyday products.

It causes the immune and detoxification systems to stop working properly and the body cannot process toxins efficiently.

The pair had businesses selling willow baskets and other goods, as well as supplying young saplings for river bank reinforcement.

Reacting to the couple’s announcement on Facebook, Sparkle Smith said: “So sorry to hear your news, I hope you flourish in Ireland.

“I look forward to hearing about all your new adventures I shall miss imagining you living in the heart of the Devon countryside.”

Jo Griffiths said: “Really sad you are going. Wishing you a happy and healthy future in Ireland.”

North Devon Council said it was “supportive of sustainable development” but it “does not mean allowing people to develop wherever they wish”.

A spokesman added: “It is clearly not in the public interest to have houses and other structures springing up across the countryside without any permissions being obtained”.