Donna and Wayne Wadge on their wedding day with the groom's terminally ill mother Brenda Westlake.

A loving couple brought forward their wedding and planned it in just eight weeks – so the groom’s dying mother could attend.

Brenda Westlake, 57, was diagnosed with stage four pancreatic cancer after a fall down the stairs and given just eight months to live.

Her son, Wayne, 36, and partner Donna, 35, were engaged, but their wedding day was still a long way off – beyond Brenda’s life expectancy.

But Donna pulled out all the stops to fulfil Brenda’s last wish and brought the wedding forward so her new mother-in-law could attend.

Brenda only discovered she was terminally ill after falling down a set of stairs in December.

She was taken to the hospital for scans to check she hadn’t damaged her organs in the fall, but the scan revealed something much more sinister.

Brenda was diagnosed with stage four pancreatic cancer, and doctors said she would have only four to eight months left to live.

Wayne, 36, from Plymouth, Devon, said: “She was getting treated for diabetes previously, because those symptoms are similar to pancreatic cancer.

“If she hadn’t had fallen down the stairs, we wouldn’t have known. Whether that’s a good thing or not I don’t know.

“We wanted mum to still look well, because in a couple of months she won’t look so well. It’s made her real happy and she looks gorgeous, so does Donna.”

The happy couple managed to bring their wedding day forward thanks to a venue called The Creek.

Staff at The Creek made plans and created a venue space fit for the newly wed’s 170 guests.

Donna said: “They have been our fairy godmothers. They’ve gone above and beyond and made our dream come true.”

After saying their vows at the registry office on Saturday afternoon, the guests filed down to a local venue for the first dance. 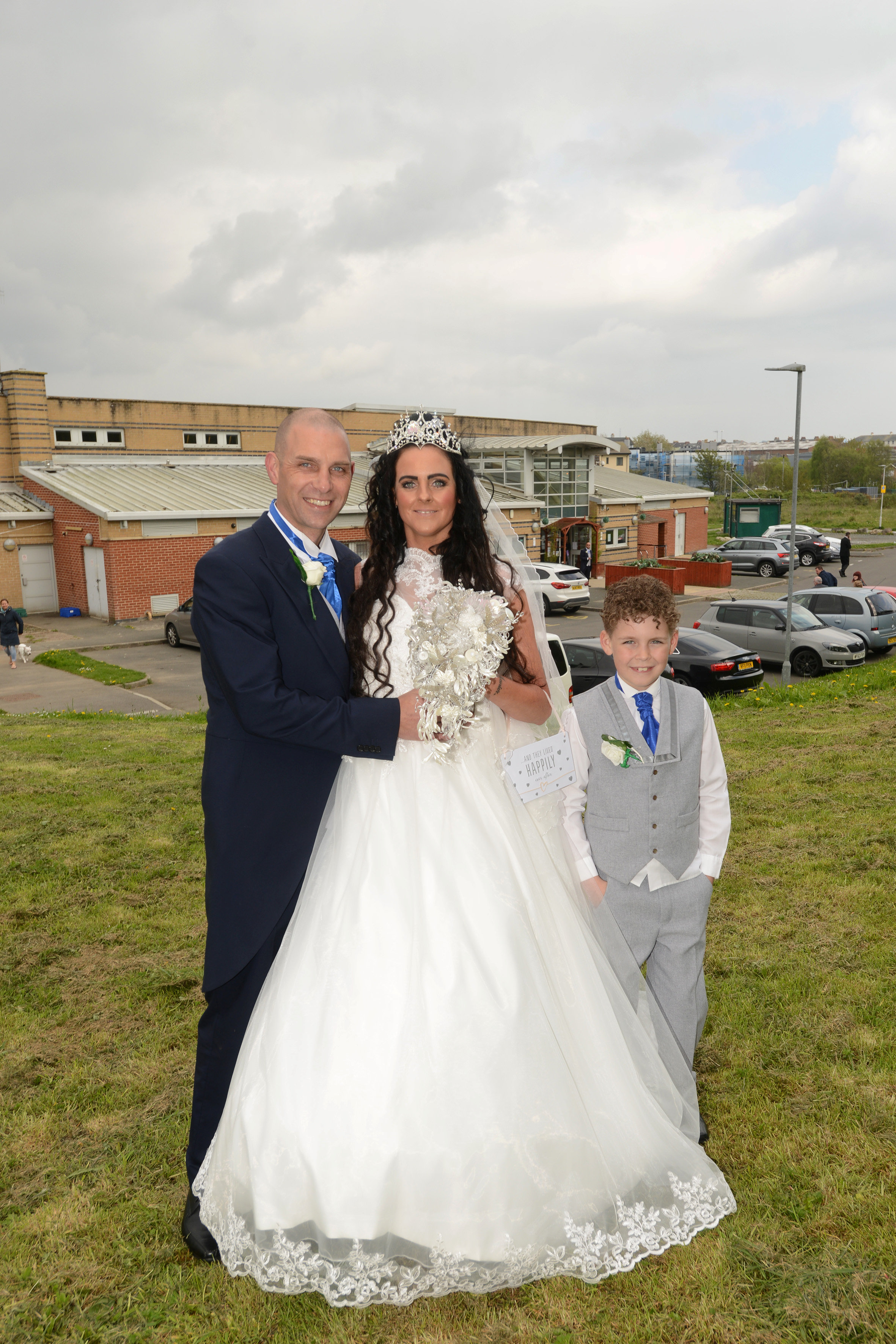 Brenda said: “It was just something I never thought I would see to be honest. With them bringing it forward it has been made possible and it has been absolutely fantastic.

“I just wanted to cry. It was just a dream come true. The venue looked amazing and took care of us all day long.

“We also got help from friends and family and without them we just couldn’t have got all this done in eight weeks.”