A couple claim they suffered a ‘honeymoon from hell’ in a Torquay hotel they dubbed ‘Fawlty Towers’ – covered in dog hair, fleas and rubbish.

Newly-weds Sarah, 34, and Sam Davey, 30, had tied the knot and were expecting a night of luxury and passion.

But they say they were ‘eaten alive’ by bugs, greeted with food on the floor and an unwashed bath.

Sarah and Sam say their wedding night bed was covered – in dog hair.

They claim when they complained they were even given an £80 refund – in £1 coins.

The pair say the Trecarn Hotel in Torquay, Devon, is worse than the fictional Fawlty Towers which was located in the same town.

Sam, a labourer from Plymouth, Devon, has five children with Sarah, a full-time mum.

They left Leah, 13, Toni, 11, Lucy, nine, Lennon, four, and Max, one, at home when they went away to celebrate their recent wedding.

Sam said: “It was worse than Fawlty Towers, if it was a bit like that we wouldn’t have minded.

“We had a bad honeymoon from the moment we got to the hotel.

“When we booked, we were told we could get in the hotel straight away but when we arrived they told us the room wasn’t ready and we had to wait two hours.

“The state of the rooms – we went and told the manager there was stuff in there, stuff under the bed.

“We spoke to the manager and asked her to explain why there were bottles and stuff under the bed and she said she had cleaned the room herself but forgotten to take the rubbish.

“It ruined our honeymoon, one million per cent. I was eaten alive by bugs and critters.

“It was proper dirty, when we pulled the covers back you could see that somebody had slept in the bed. I was eaten alive.”

The couple said that they didn’t get any sleep and “stayed awake scratching all night”.

The rashes are so severe that Sarah says she has bruising from itching them. 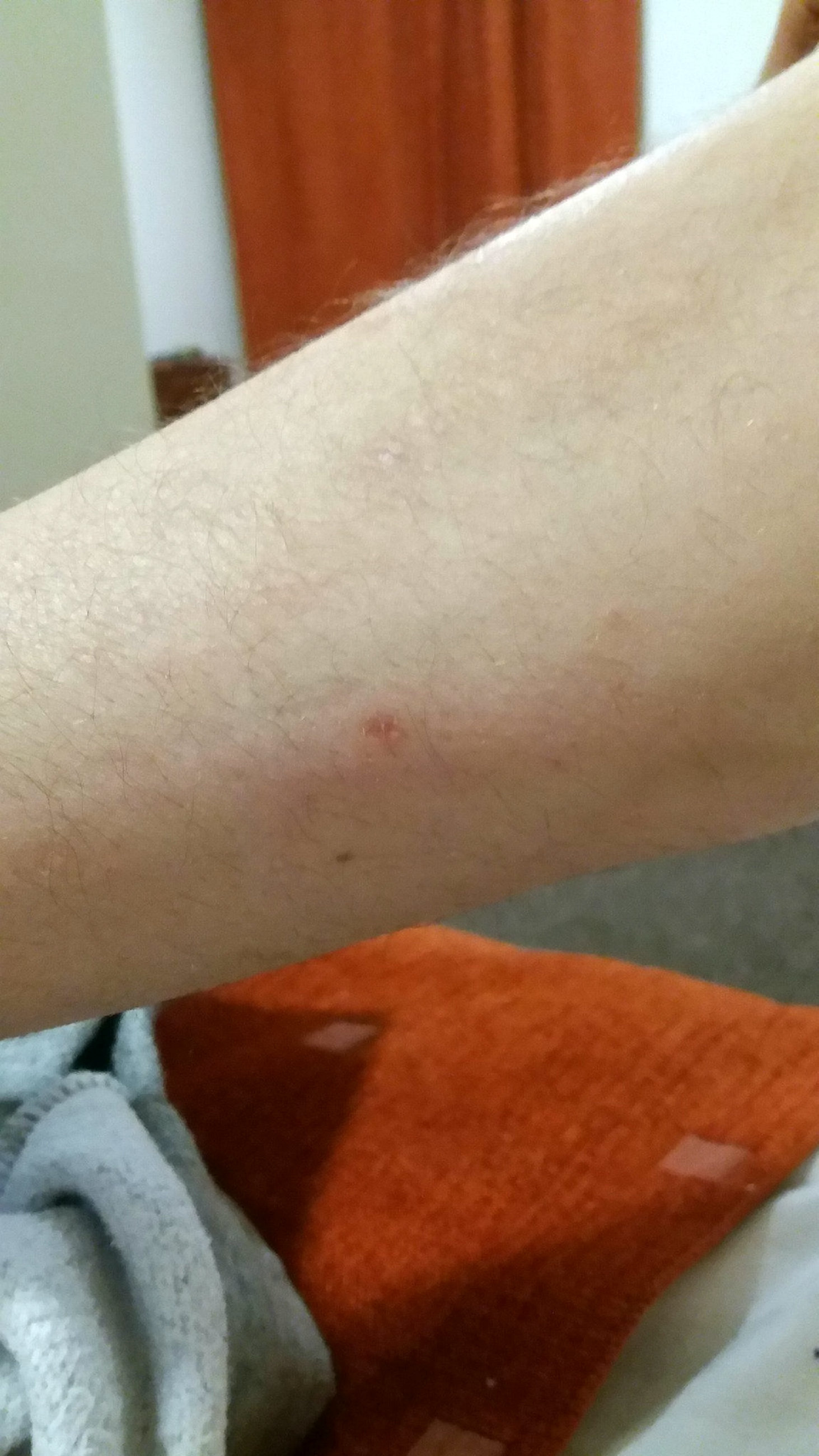 Mrs Davey added: “During the night, me and Sam were bitten raw again, we didn’t sleep at all.

“I went up and complained again, to be told that nothing could be done. I had never felt so down or depressed in my life.

“This was our honeymoon, we were meant to be enjoying ourselves but instead we’re both itching and scratching ourselves raw.”

Mrs Davey added that she was “looking forward to it for so long” and that it was her and her husband’s first ever time away in the whole time they had been together.

Sarah said: “It was absolutely horrible. My partner is covered in bites.

“It was just so degrading. It’s supposed to be a happy time in our life, but we didn’t even get to enjoy it.

“They ruined it all. It completely broke me, I’m not going to lie. 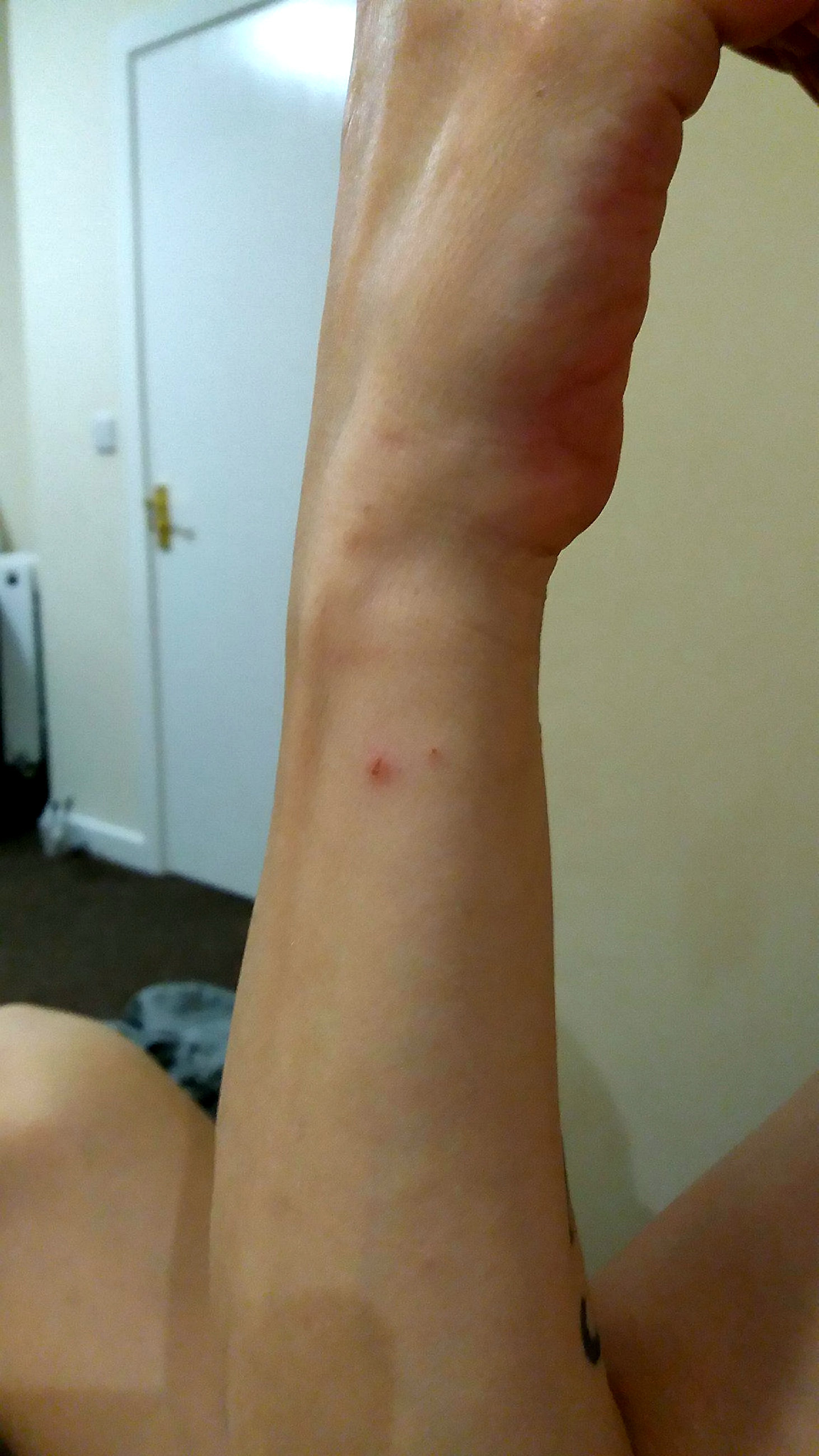 “I spent the whole day crying. We went to Paignton and I just sat there and cried.

“I felt embarrassed because we were sat there with suitcases in the middle of the pier and I’m crying and everyone was looking at me.”

The couple were married on March 31, and say they had an “amazing” wedding day.

They had recently received the news that Mr Davey has throat cancer and were hoping to use the break as a way to cheer themselves up.

On Tuesday morning, the couple packed their bags and asked the hotel staff for a refund.

Mr and Mrs Davey claim that the manager was “very arrogant” and was reluctant to return their money.

The total cost of the stay was £262, and the hotel has said they have refunded the couple an additional £100 by bank transfer, which will clear within seven to 10 days – even though the couple paid in cash.

They were refunded £80 in pound coins and charged for the two nights stay, despite making “numerous complaints”.

The honeymoon was paid for by the couple’s families as their wedding present.

But the hotel have fought back, saying the couple arrived early for their stay and “were advised no rooms were available at that point”.

They hotel also say that the guests “made no hotel employee aware of any issues” after checking in. 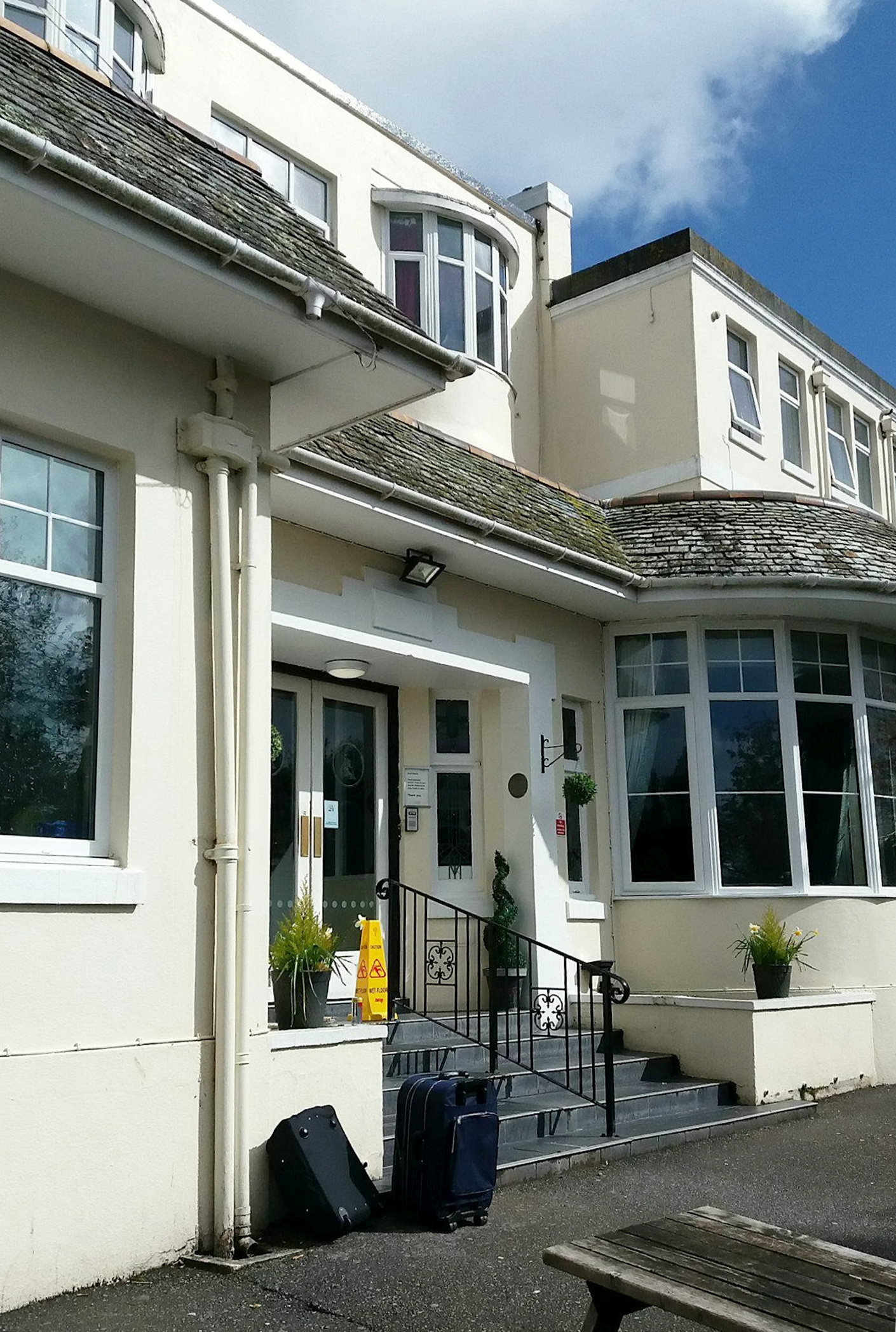 Lee Jones, are manager for Britannia Hotels – the group which owns the Trecarn Hotel – said: “With regards to the claim of fleas / bed bugs, all our beds under go a thorough programme of treatments and checks throughout the year and we have received no previous complaints of this nature as this is something that would be acted upon immediately, with necessary steps being taken.

“A refund of monies for the remaining days not being availed of was issued as no member of staff or management should be subjected to disrespectful language and behaviour from any guest, which both the receptionist and duty manager were by the said guests and witnessed by other guests.

“The manager requested that the said guest refrain from using obscene language and shouting otherwise she would be asked to leave the premises.”