A Zebra Fuel employee fills up a customers car with diesel outside outside their home in London.

A company has launched Britain’s first petrol delivery service – that fills up lazy drivers’ cars at their home while they sleep.

The petrol delivery service uses a fleet of vans to deliver diesel across a zone one to four across London.

Co-founders Reda Bennis (doub corr) and Romain Saint Guilhem (trip cor) started Zebra Fuel with an aim to eventually replace every petrol station in the country – even though they don’t deliver cigarettes and newspapers.

Customers can order fuel via an app and leave open the fuel tank cover for one of the company’s team to fill up with five per cent bio-diesel – 24 hours a day.

And like in a petrol station, the revolutionary start-up only charge customers for the fuel they dispense.

Co-founder and CEO Reda Bennis said: “We’re like a Formula 1 pit stop for your car, van, truck or coach.

“We can also do fuel deliveries through the night, so customers can wake up to a full car outside their house or a depot of fully-fuelled vehicles and not have to waste their own precious time.

“Ultimately, our goal is to replace the petrol station and in doing so make filling up your car faster, cheaper, less harmful to the environment, and hassle-free.”

The start-up has been backed by big tech-hitters including Saul Klein, founder of Lovefilm, who has backed the company with his venture capital fund LocalGlobe. 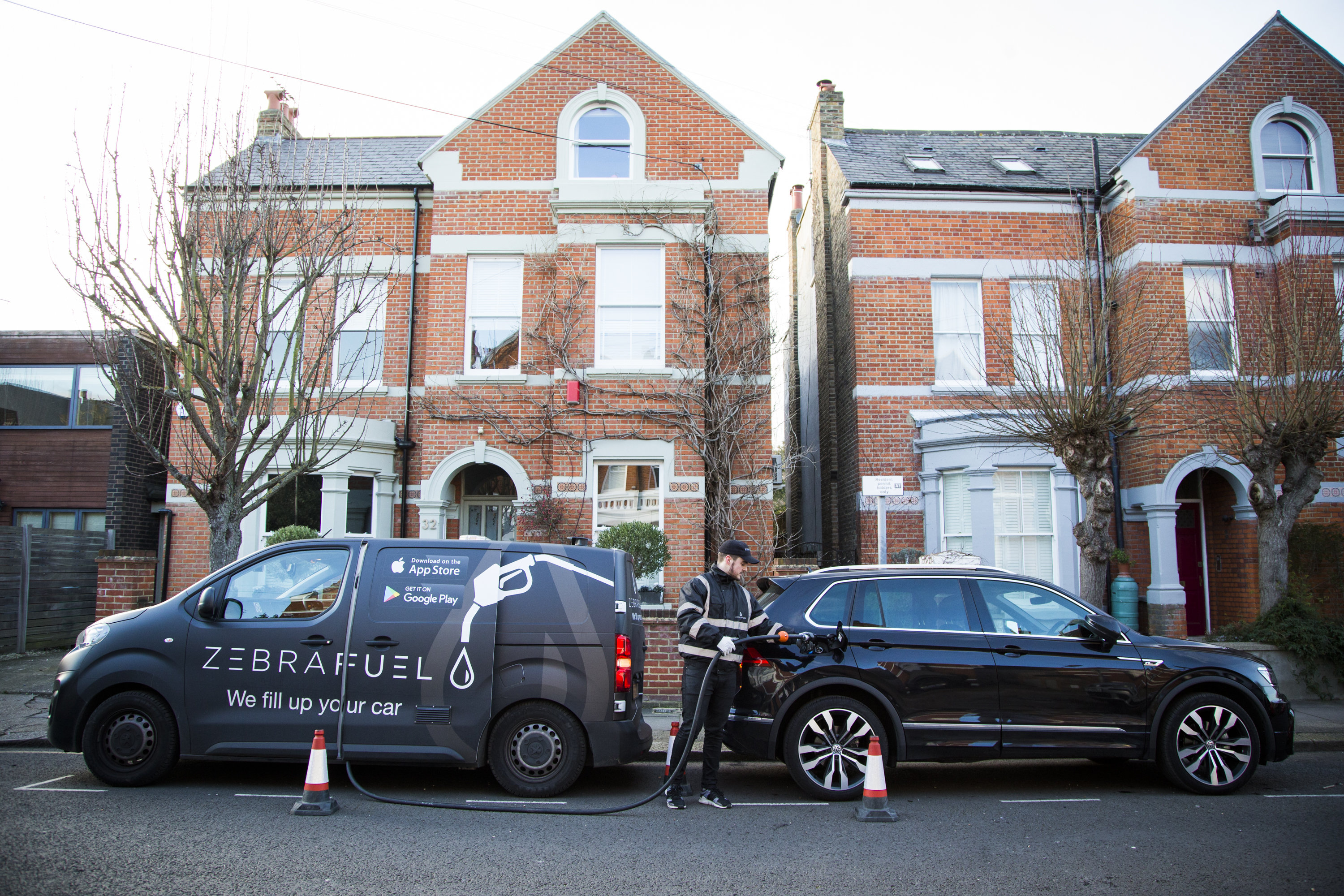 Currently, delivery drivers are only able to offer diesel, but hope in the future to be able to offer petrol, electric and biofuel.

Since the fuel start-up began many customers have praised the service online, as “handy and efficient”.

One said: “This is great, filled up my car while I was at work. Bye Bye Petrol Station.”

Another added: “Brilliant service, so handy and efficient, definitely will be using them again.”

But one unhappy user said: “Waste of time left over an hour to tell me that I am outside their delivery zone.

“System is flawed if it allows a postcode that is outside to place an order.

“Don’t waste your time trying and just use a petrol station.”

Reda, who came up with the idea after running out of fuel in central London in 2016, said: “We are also developing an exciting project with one of the major vehicle manufacturers to bring our service to all their car owners.

“We aren’t able to reveal details yet, but it’s going to be very exciting: Think Blade Runner meets Formula 1.”

LocalGlobe partner Suzanne Ashman Blair added: “Not only are Reda, Romain and the team addressing the urgent and growing blight of congested and polluted cities, by delivering fuel directly to drivers, but at scale they can help transform the way cities work.

“They can help London and Paris become the first global cities to eliminate petrol stations altogether and create a virtuous circle whereby the more people they serve, the more unnecessary journeys to petrol stations they can eliminate and the more they can reduce CO2 emissions.

“This is especially true with corporate customers, when an entire commercial fleet can be filled up in their depot, at night, with a single visit from one of Zebra’s refuelling vans.”