Simba the cat with owner Marcin Telus who has built the four-year-old kitty a cat walk on the side of his Edinburgh home to allow her to gain access to the house avoiding their German Shepherd Zara.

A pet owner has installed a much-needed ladder up to a second-floor cat flap to keep his warring pets apart.

Marcin Telus built a ladder out of shelves and wooden blocks for his four-year-old moggy Simba.

It means that Simba has free reign of the top floor of the house while three-year-old German Shepherd Zara stays out of the way on the ground floor.

Footage shows Simba leaping from the ground onto a series of blocks stacked side-by-side leading up to a small gap in the side of the house. 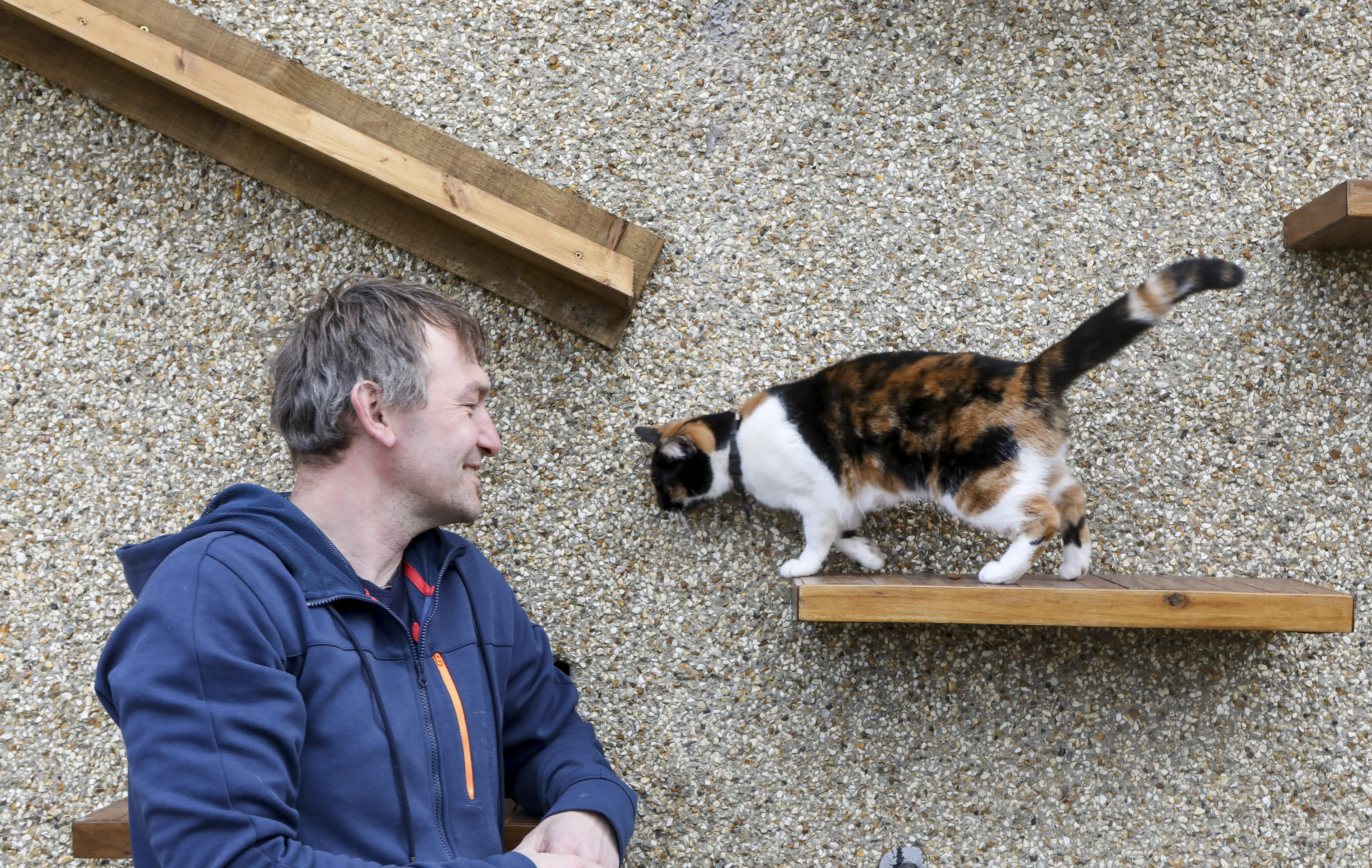 The 47-year-old cut a hole into the wall of the second floor of his home in the Drylaw area of Edinburgh to install a plastic cat flap.

Marcin came up with the idea after his dog kept behaving unusually with his wife’s cat when they moved in together.

He said: “When my wife was my girlfriend she had a cat so when we moved in together our pets had to tolerate each other.

“Eventually they had to stay apart because we didn’t want them to fight as they started behaving unusually.

“I googled it online to figure out how to make it and it was a basic idea to create access for the cat which has worked well. 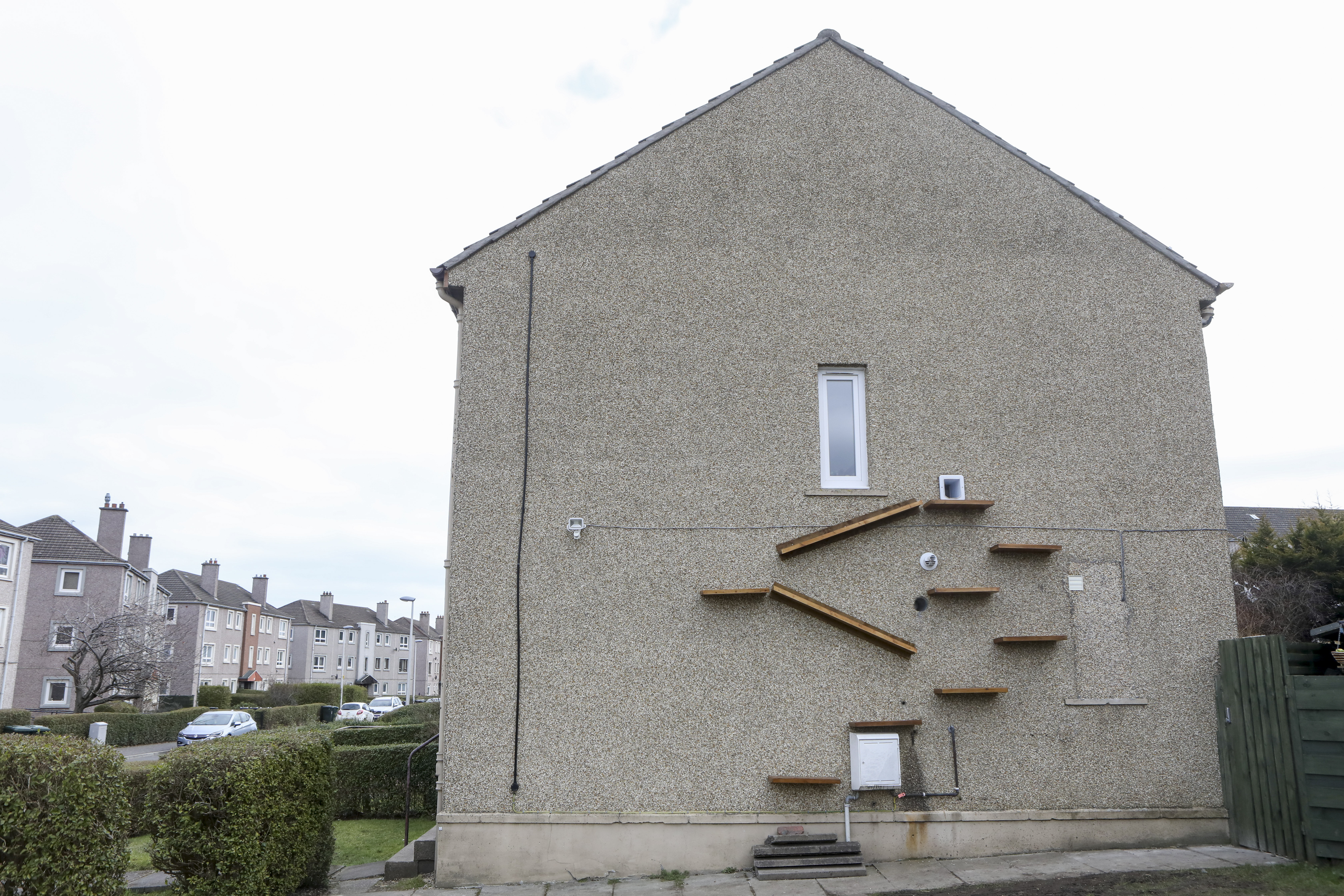 “The cat loves being upstairs as she can now walk or jump around.”

Mr Telus’ dog is also fond of the idea.

He added: “The dog loves it, it gets its own space and there are no problems.”