The church of St Thomas à Becket in the village of Sourton where a family of blue tits have taken up residence in the pulpit.

A church was shut to the public and the bells silenced for two weeks – after a pair of BLUE TITS were found nesting in the vicar’s lectern.

When he shone his torch inside the carved holes he was amazed to discover a family of eight newly-hatched chicks inside.

To avoid disturbing them the church was immediately shut to the public and bell ringing was stopped.

Some services went ahead but were cut short and the organ was also put out of use.

Members of the church community in the village of Sourton, on the edge of Dartmoor in Devon, blessed the blue tits after each service and waited anxiously for news.

And to everyone’s relief they were all freed and flew away about two weeks after they were first discovered.

Local wildlife photographer Colin Sargent, who took pictures of the birds inside when they were almost fully fledged, said: “It was decided to close the church to the public temporarily and bell ringing was put on hold.

“Services were conducted by the Rev Adrian Brooks without the organ being played as it was too close to the lectern and they didn’t want to disturb the birds.

“The blue tits were blessed after each service.

“The chicks are now fledged and, with a little human intervention and doors and windows left open, they have safely left the church to everyone’s relief. 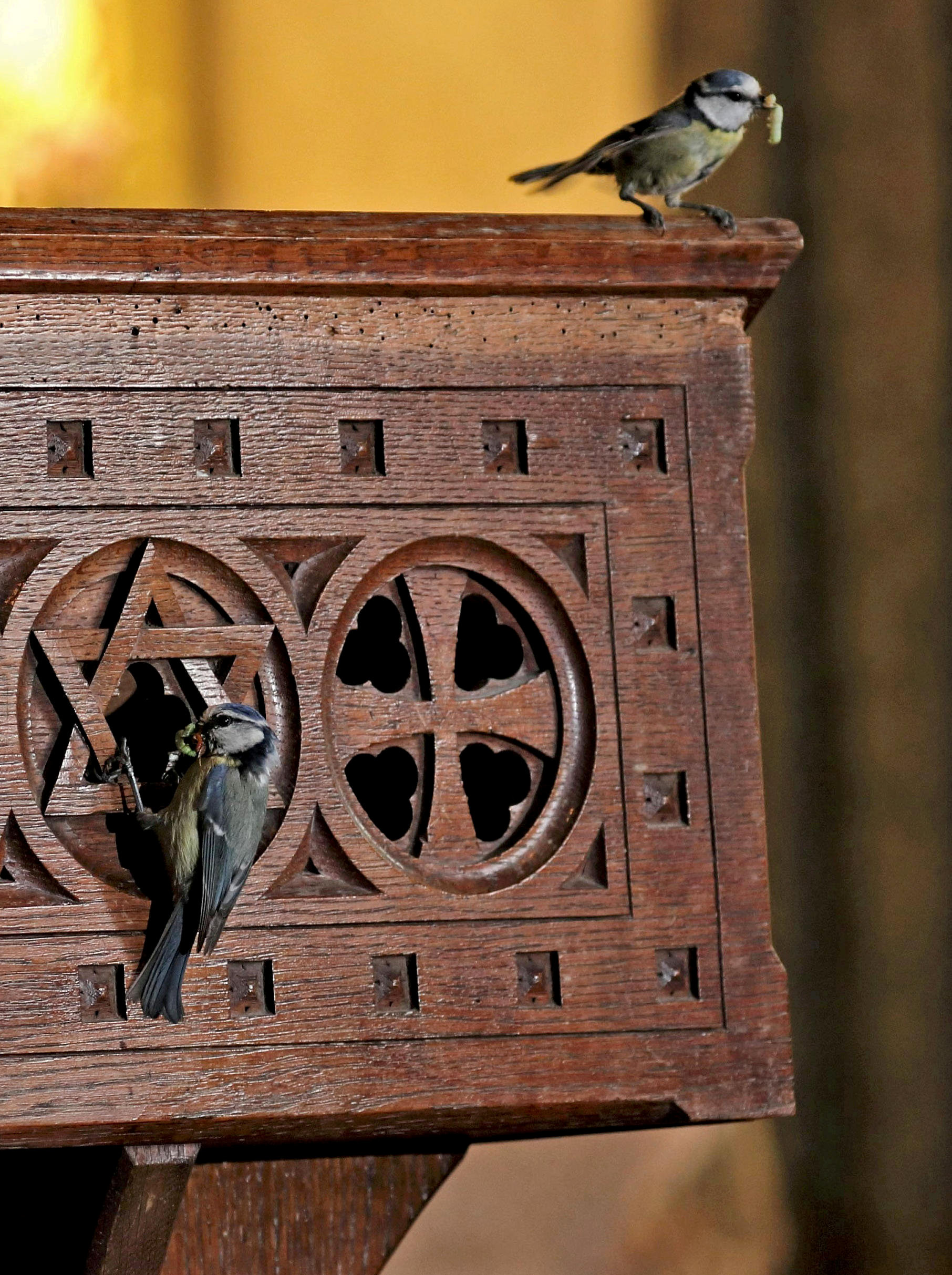 “The birds have now all left safely and it is a story with a happy ending as it was a big worry about how they would be able to get out the church.

“It was a couple of weeks that the church was closed for. They had already hatched by the time they were found. They were very small so it was all about keeping people out so they didn’t disturb them.

“Everything is back to normal now and as soon as they left the bell ringers were back.

“We had to encourage them out of windows and doors. They all eventually got out safety which was a big relief for everyone that they all survived.”

Study reveals things we do to stay young