A ‘china doll’ five-year-old who has suffered 90 broken bones in her short lifetime overcame her disease to go wakeboarding with her dad.

Hadley Larson, five, has osteogenesis imperfecta – also known as Brittle Bone Disease – and has been in and out of hospital since she was born in 2012.

A lack of the protein collagen means Hadley’s bones are so brittle they can shatter in an instant, and a light fall can leave her with serious injuries.

So mom Kendra Larsen, 36, says she was stunned when Hadley asked her if she could try to surf with dad Eric Larsen, 38, on a day trip to Ririe Reservoir, Idaho, on July 21.

The couple initially decided Hadley should not ride the waves as a crash could have devastating consequences, but the determined tot eventually won them over.

Against all odds, the schoolgirl held onto her dad’s legs for support and successfully surfed for the first time – with not a single breakage in sight.

Proud mom Kendra, who is Hadley’s full-time carer, caught the heartwarming moment on camera during a daytrip to their local reservoir.

She said: “Out of the blue she told her dad that she wanted to surf.

“We were like ‘do you really want to do it?’ We were just so surprised.

“If I could have my way I would keep her in a bubble, but luckily her dad is more adventurous.

“She loved it so much. She said she was a little nervous but that she was happy she did it.

Kendra added: “She still wants to try new things despite the challenges.

“It’s a blessing, because a lot of kids with osteogenesis imperfecta might be afraid to do something like surfing – not Hadley.

“This is the first summer since she has been born that she had no cast. We call it our miracle summer. 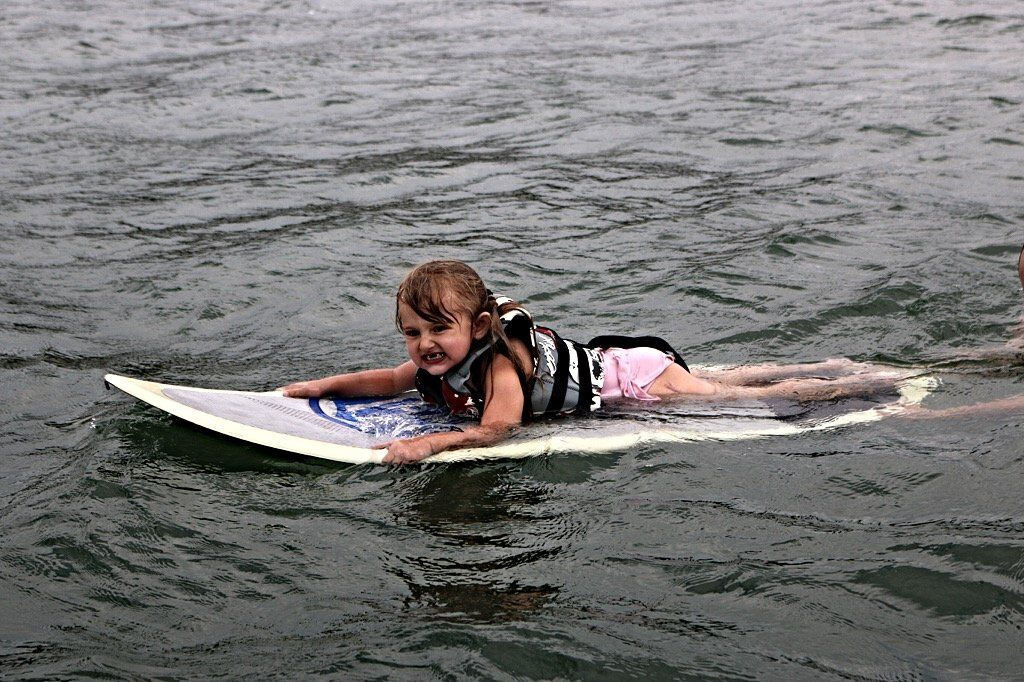 Hadley said: “It was one of the funniest things I have ever done.

“My favorite part was getting to do it with my dad.”

Born weighing 6lbs 2oz, Hadley was only four weeks old when Kendra and carpenter husband Eric began to suspect something was wrong.

They took her to their local hospital when she wouldn’t stop crying and after performing a series of tests, Hadley was diagnosed with osteogenesis imperfecta.

While the disease is usually inherited, in Hadley’s case it was a spontaneous mutation caused by a defect in the gene that makes collagen, the protein that gives bones their strength.

In just five years, brave Hadley has suffered 75 breakages in her arms and legs, as well as a decompressed skull fracture and breaks in her ribs and spine. 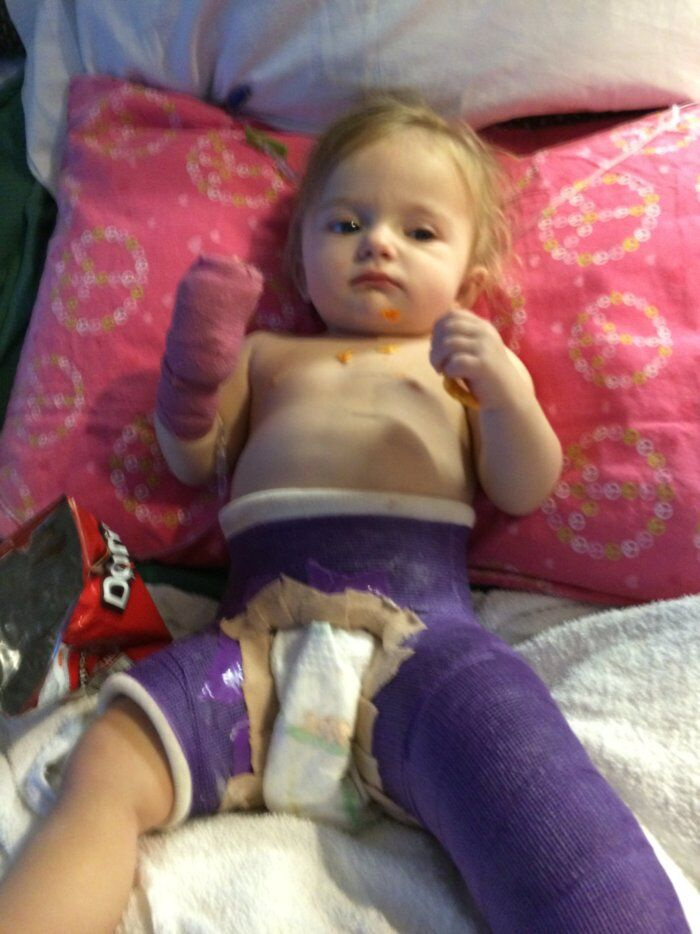 Kendra said: “When she was born she looked perfect. We didn’t suspect a thing.

“Two days before Christmas, we brought her into the ER and they discovered that she had four fractured bones in her body.

“A couple of weeks later, they discovered three more fractures. After doing some blood works, they diagnosed her with osteogenesis imperfecta.

“People have different mutations of the disease, but nobody else has her mutation in the whole entire world.

“Even a simple fall can be life threatening.

“She has had surgeries to insert rods inside her tibia and her femur, and she needs operations to fix them every time she grows.

“It’s just so difficult as a mom to see your daughter have something broken in her body for most of her life.

“To be honest, I just try not to think about it. Otherwise I would just worry myself to death.

“You feel like you cant help her. She’ll live with this for the rest of her life.” 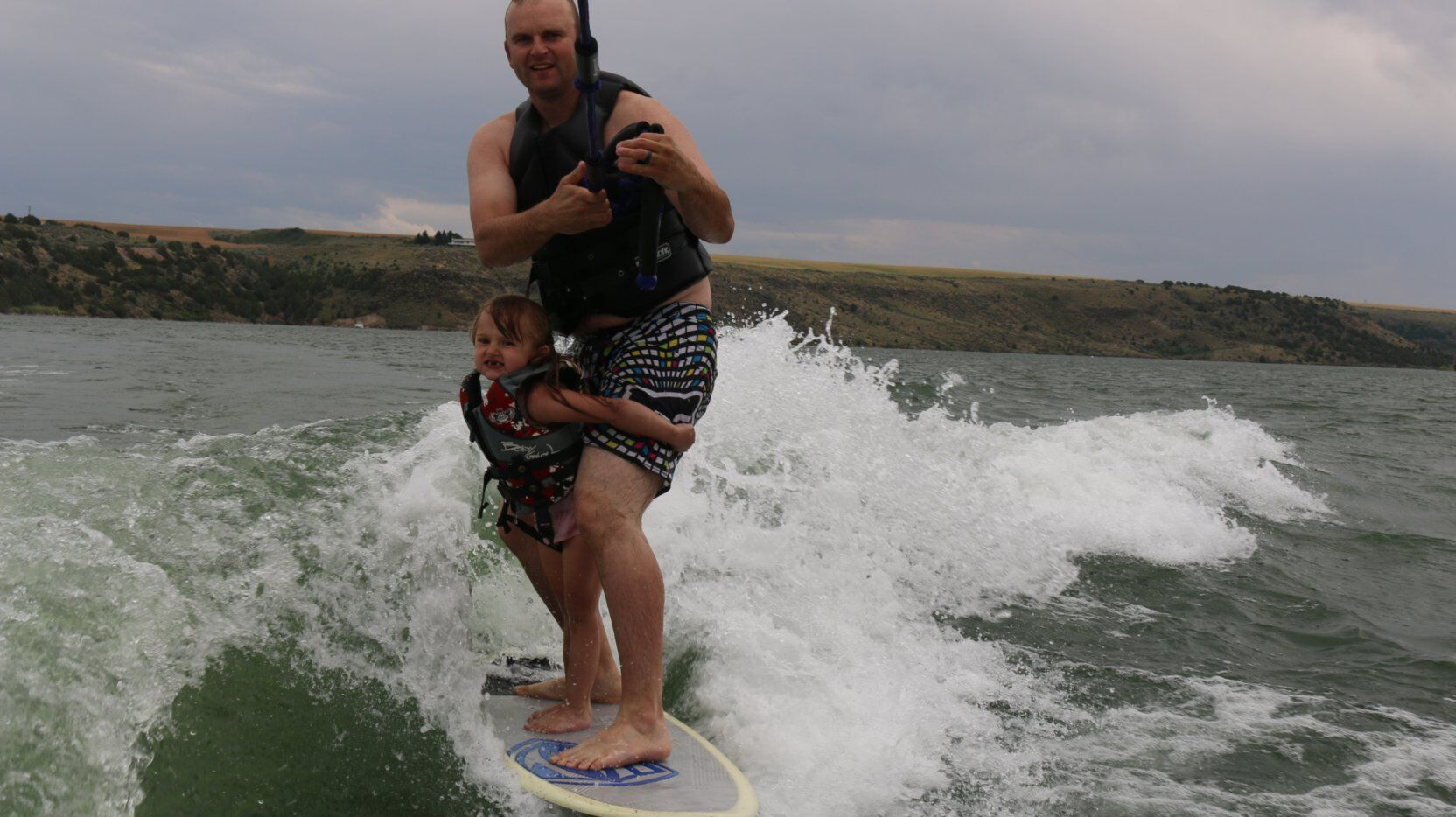 Despite her health battles, Kendra and Eric said fearless Hadley tackles life with a smile on her face and always wants to try new things.

On to her next adventure, the youngster has just started school and mom Kendra is overjoyed to see her settling in.

Kendra, who is also mom to Hadley’s brother Parker, 13, and sister Kinzley, ten, added: “Hadley is amazing at making friends.

“She absolutely loves school, because when it comes to learning – unlike the rest of her life – she doesn’t face any limits.”