Collect photos from the family.

The horrified family of a high school cheerleader with Down’s Syndrome say he was barred from training sessions because he didn’t fit with the squad’s “image”.

Glenn Wilson, 17, was delighted when he was picked to join the West High School cheer team earlier this year and began practising his moves straight away.

But his family grew concerned when his starter kit containing training schedules and uniform costs didn’t arrive during the summer holiday.

Glenn’s uncle Ray Valentine, 47, contacted the school in Columbus, Ohio, USA, and claims he was told Glenn was not welcome on her team.

He claims the cheerleading coach would not fit with the “image” of the squad and that she had no experience of working with children with special needs.

The Columbus Board of Education is investigating the incident and admitted mistakes may have been made.

Glenn’s uncle Ray Valentine, 47, a florist, said: “My nephew didn’t fit ‘the image’ she wanted for the squad so she removed him.

“This is just an absolute mess. It is total discrimination.”

Glenn’s gran, Carolyn Sue Morris, 69, who has been his legal guardian since he was a baby, added: “I just wonder how many other kids have been discriminated like this, because it’s so unfair.”

Glenn, who grew up in Columbus, always dreamt of becoming a cheerleader, having watching his older cousins participating in cheer competitions as a child.

Once he joined West High School, he made it his goal to become a cheerleader for the Cowboys and after trying out in the spring semester, he was accepted onto the team.

Ray said: “He was the happiest kid when he found out. You would have thought he had just been handed a million dollars and three puppies.

“He practiced his cheers all summer at home, and he was showing us his cheers, his splits, and his heel stretches.”

However, Glenn and his gran Carolyn, a retired nursing home attendant, heard nothing all summer from the staff members who had offered him a place with the squad.

The doting grandmother said: “He kept asking when practice was going to start.

“At the end of August the cheer supervisor called and said that she didn’t have a spot for him on the team, but that he could be a waterboy.

“That’s when I’ve found that’s when I found out he was no longer on the cheer squad.

“Glenn was sad, but I kept telling him that we were going to get to the bottom of it.”

Carolyn then reached out to her son Ray, who rang the coach two days after Glenn returned to school on August 25.

He said: “The coach said that she didn’t have any experience in dealing with special-needs students.

“She also said that he did not fit the image that she wanted to portray of the squad.

“She said ‘I’m the coach, I make the final decision.’

“When I spoke about it at the Columbus city school board meeting people were speechless and in total shock.”

When the hopeful teen returned to school at the end of the summer, he was permitted to participate in a couple of games, though the coach allegedly forbade his attendance at the squad training.

One month into the academic year, Glenn had missed out on eight cheer practices with the team.

Carolyn said: “The only time that he had got to practice with the team was at the actual games.

“He did the cheers just like the rest of the team, and that’s without any squad practices.

“The kids just love him. During his first game all the girls on the team hollered and clapped for him.

“It’s unfair, because I’m sure a lot of other children have been discriminated against like he has been.

“They’ve just had no one to step up to the plate for them.

“I love him with all my heart, and he deserves his place on the team.” 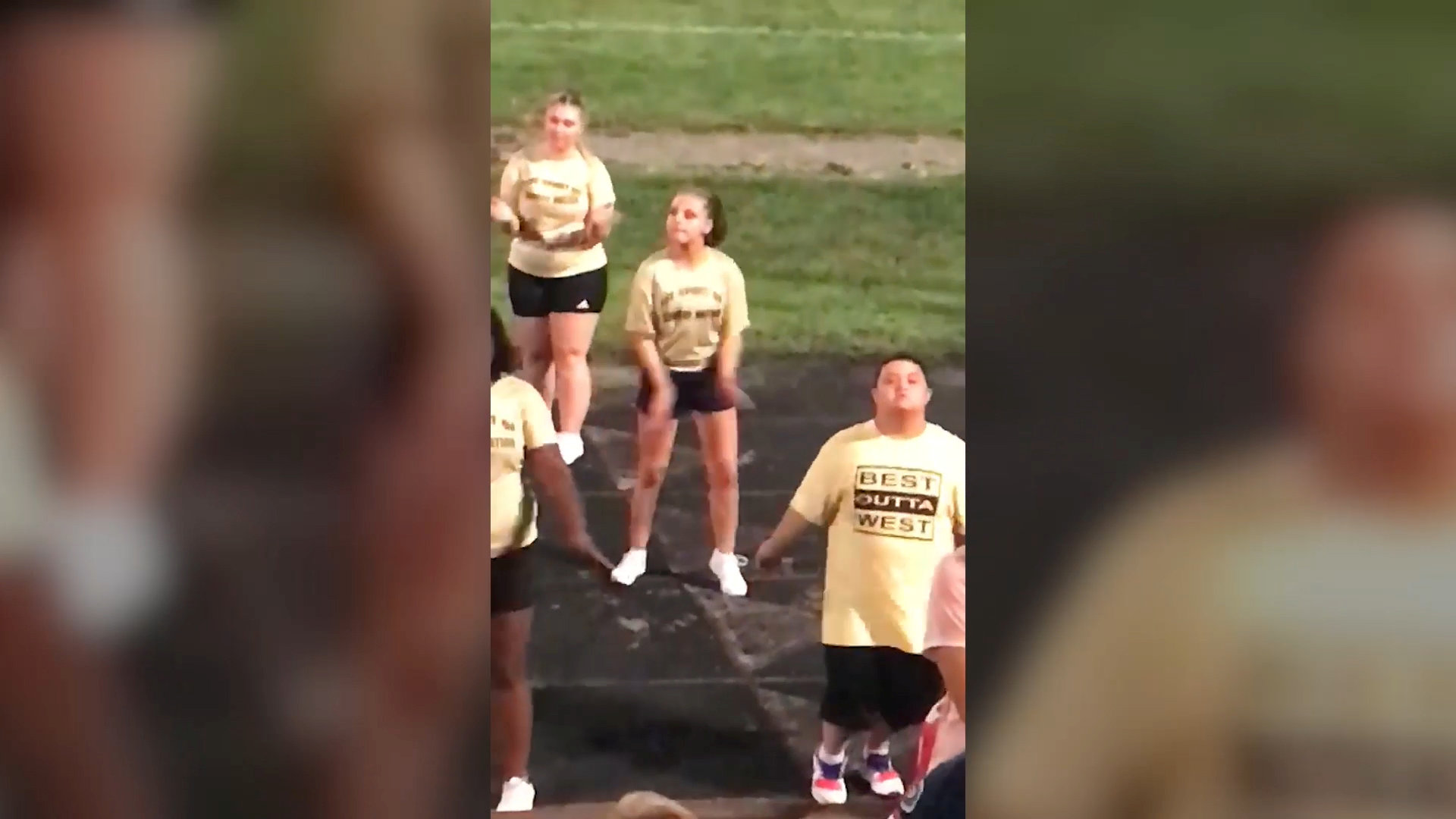 “We are looking into the matter to try and understand what had happened.

“There may have been some mistakes that were made and we are trying to look into what those mistakes were.

“He’s just like any other cheerleader on that team, and he is not being excluded in any way.”

However, Ray said: “We won’t give up until the coach is forced to reconsider her position.”

Carolyn added: “No matter what they have or what they are, each child deserves the chance to do what they want to do in life.

“These kids need attention, not discrimination.”