A cat owner has been left baffled after her cat brought home 52 children’s ball-pit balls in just three weeks.

Katie Brown, 25, said she initially assumed the ball collection was just toys bought by family members for her four cats.

He even brought home seven or eight balls in just three hours one afternoon.

Katie and her family, who live in Downend, Bristol, have no idea where their eight-year-old black cat could be stealing the balls from.

“This is the first time he’s done something like this. He’s always been really placid,” said Katie, who works in Tesco.

“We’ve got two cats who are much younger than him and they’re crazy, so we always thought it would be one of them that did something like this.

“He’s been so excited to be finding these balls and bringing them home. He’s been making this funny meowing noise when he brings a new ball home.

“Then afterwards he’ll just leave them where they are and look at them like he’s thinking, ‘What’s that doing there?'”

Katie said the family have been putting the balls in the laundry basket to keep them all in one place.

As well as balls from a children’s ball pit, Tigger’s collection includes a few tennis balls, a rubber Spongebob Squarepants ball, and a bouncy ball that lights up.

Katie said: “The first morning I spotted it there were about six or seven balls lying around, but we’ve got four cats so I just thought it was toys that someone had bought.

“But then when we texted around our family members to ask where they had come from, no-one knew. 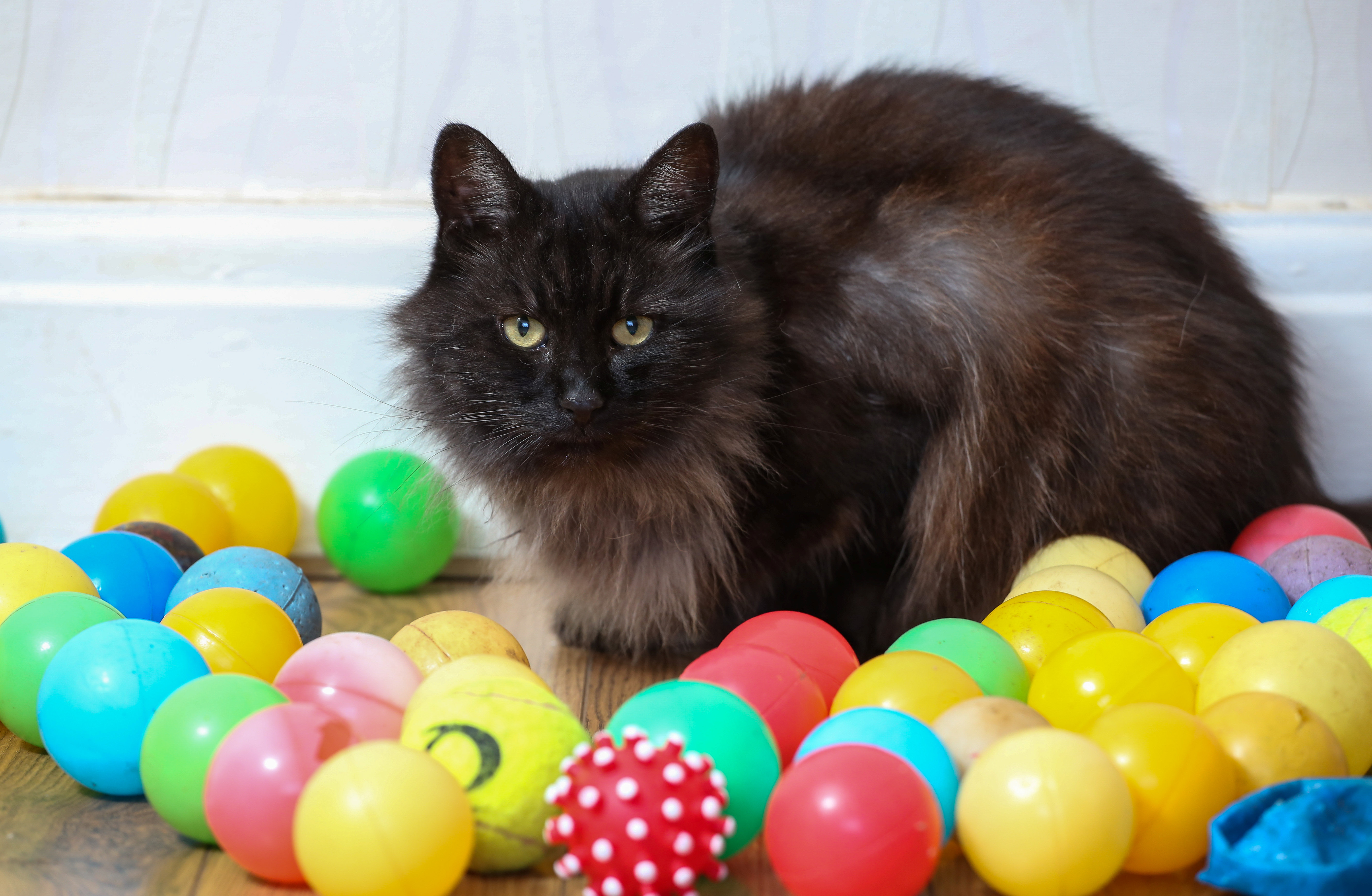 “There is a primary school at the end of our road, but he’s going out the back of the house, which is not in the direction of the school.”

She added: “We timed him one afternoon and in the space of three hours, he bought home seven or eight balls.

“We would just really like to find the owner so we can return them and find out where our naughty cat is getting them from.”