Centenarian credits her long life to a daily glass of Guinness

A centenarian has credited her long life – to a daily glass of GUINNESS.

Doris Olive Netting, known to everyone as Olive, has made it a ritual to drink a whole glass of the dry Irish stout every day since the Second World War ended.

And to mark her 100th birthday on Friday she enjoyed her usual tipple during a Guinness-themed party at her care home in Plymouth, Devon.

Olive has been drinking ‘the black stuff’ everyday since her early 30s, after a campaign stating that the drink contained high levels of iron was launched.

Her love for it stems so far that for her 85th birthday, Olive’s son and grand-children surprised her with a trip to Dublin to visit the Guinness Factory.

Olive’s granddaughter, Tammy Netting, 37, said that her “stubborn” grandmother has even suggested that she makes the beverage “her drink of choice”.

Tammy said: “She absolutely loves Guinness, she’s had a [small] bottle a day since the war.

“She refuses to go a day without drinking it.

“She reckons that’s why she’s lived for as long as she has, because of the iron intake through Guinness.

Guinness has sent Olive a personalised gift basket, with a card, packets of Guinness flavoured crisp and bottles of her favourite drink.

She spent the day celebrating her birthday with a Guinness themed party, along with branded balloons, and a model of the Guinness toucan, and her telegram from The Queen.

The Lord Mayor was also in attendance, hand delivering a basket of flowers and a card, which will sit alongside the birthday correspondence from Her Majesty Queen Elizabeth II.

Olive had lived on her own for the last 40 years – after she was widowed in 1976 – up until four weeks ago when she became ill.

She is currently staying at Parkwood House care home until she is able to return to her home in Plymouth.

Tammy added: “After granddad died in the 1970’s, she’s lived on her own in the same street as my dad.”

Olive has one son, John, 71 and two grandchildren, Rick, 44, and Tammy, 37. She was born to Amelia and Arthur Elworthy and was one of 11 siblings.

She was raised in Plymouth and met her late husband, Percy Netting in 1941.

During the war, Olive was evacuated to Modbury after her home and families homes were severely destroyed. 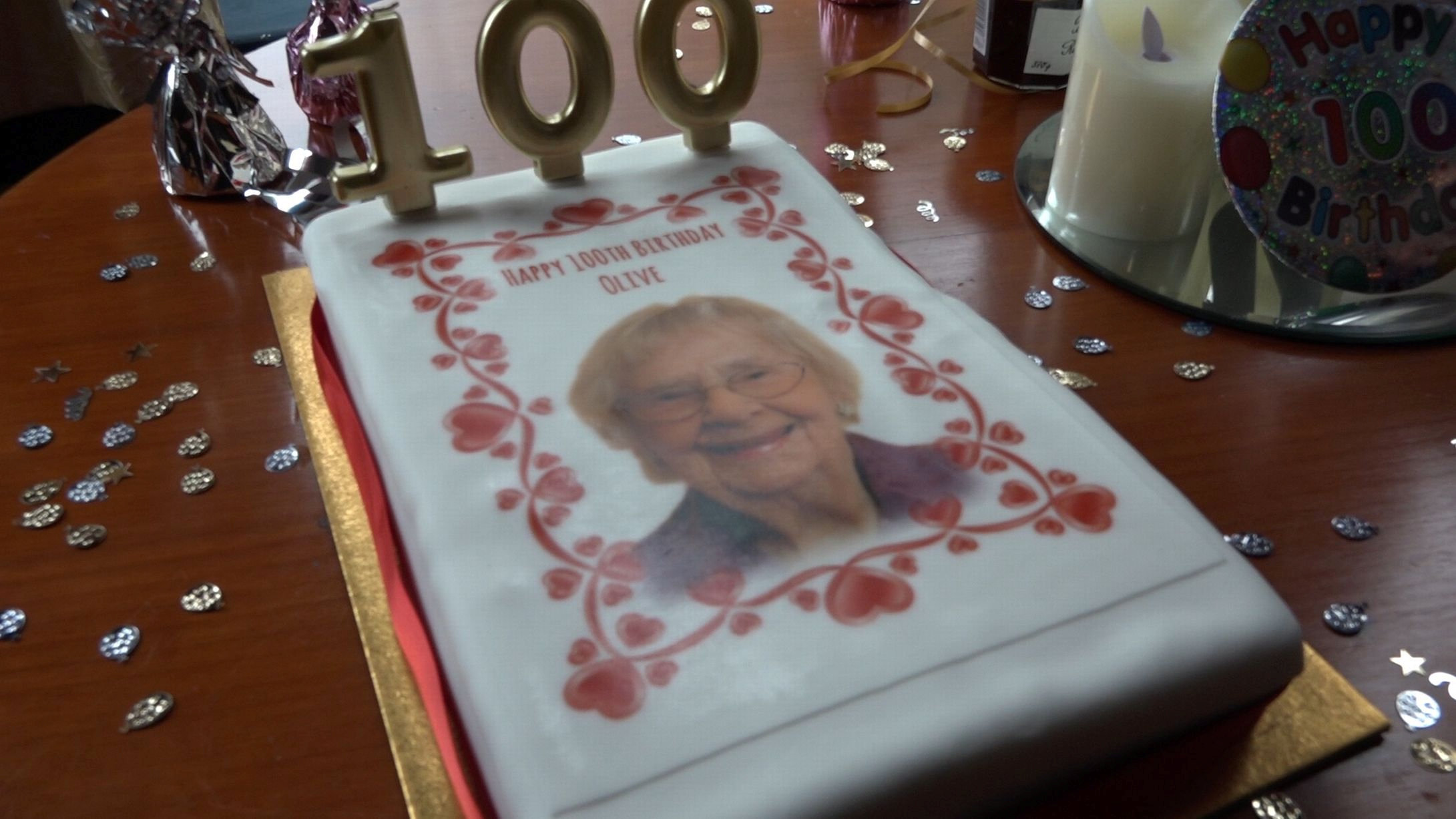 Olive went onto work for the co-op in Modbury, taking deliveries to local farms on foot, walking many miles every day.

Tammy said: “She would walk for miles around the lanes and she said she could see the planes directly overhead on their journey to bomb Plymouth.”

It was just a few years after that when she found her love for Guinness.

Tammy said: “After the war there was a big marketing campaign to buy Guinness – drink Guinness to get your iron – following on from the ration years.

“So Olive did just that a glass [mini bottle] of Guinness a day for the rest of her life that is what she puts her good health and age down to.”

Olive worked all through up until retiring, with jobs and Tucketts Sweet Factory and Toshiba.